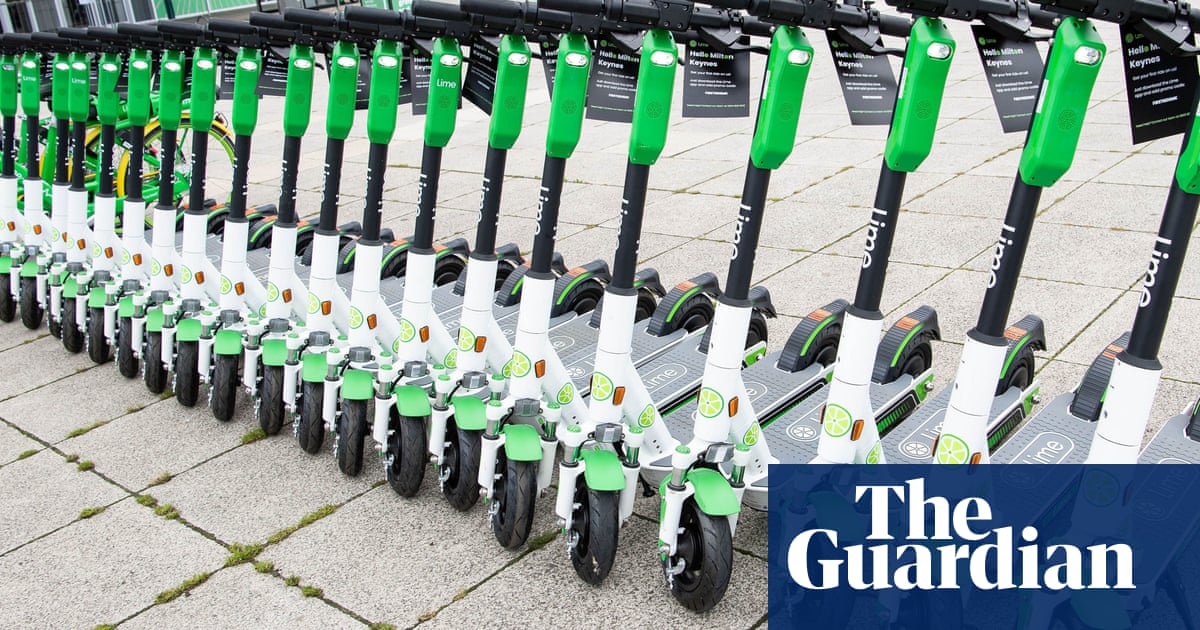 MPs have called on the government to legalise e-scooters in the UK and advertise them to car drivers as a greener alternative for short journeys.

The cross-party Commons transport select committee said the scooters, which are only legal to use in limited regional trials, should be allowed on British roads. They also called for robust enforcement to stop people using them on pavements, which they said was dangerous and antisocial, and an impediment to pedestrians and people with disabilities.

E-scooters are permitted in most European countries but are illegal on public roads in the UK despite their widespread sale and use. Government-backed trials, limited to shared public rental schemes, started in the summer in Middlesbrough, followed by other pilots in the West Midlands, Milton Keynes and Northamptonshire.

The committee recommended that privately owned e-scooters should also be permitted, and called on the Department for Transport to encourage their use as an alternative to short car journeys. It cautioned, however, that it would be counterproductive if people switched from more active and healthy forms of travel such as cycling and walking.

The Conservative MP Huw Merriman, who chairs the committee, said: “The UK remains the last major European economy where e-scooters are still banned to use anywhere except on private land and their use on UK roads is currently illegal.

“E-scooters have the potential to become an exciting and ingenious way to navigate our streets and get from place to place. If this gets people out of the car, reducing congestion and exercising in the open air, then even better.”

The UK trials, operated by a range of companies vying for a share of the growing sector, do not suggest such a move would be straightforward. The rollout across Teesside was slowed after widespread complaints about e-scooters being ridden in shopping centres and along a dual carriageway. Coventry’s scheme was halted after only five days last month over misuse of the vehicles. It was announced on Wednesday that Liverpool would be the next city to run a pilot scheme.

The AA backed the call for e-scooters to be legalised but said there should be a national speed limit. It said the safest option would be for the vehicles to use cycle paths and for users to be trained before going on public highways.

The dangers of e-scooters were highlighted again last week when a second rider’s death in the UK was reported at a coroner’s inquiry. Barrie Howes, 57, died after a crash in Chatham, Kent, when using an e-scooter on a steep hill in July.