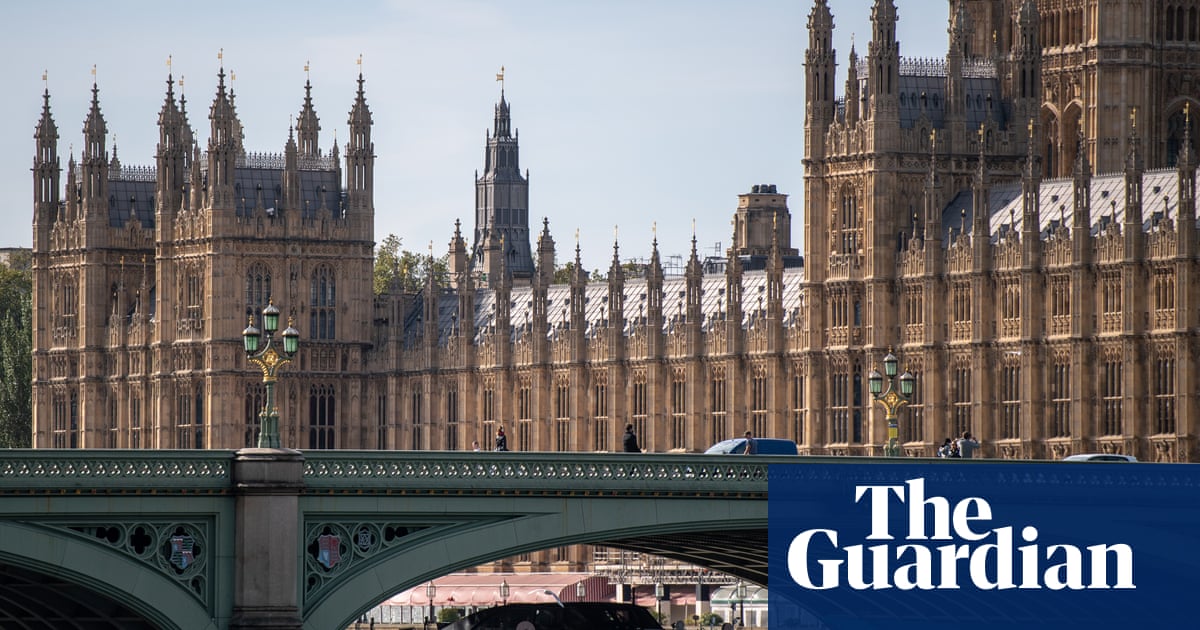 More than 200 works of art that adorn the plinths and corridors of Westminster have links to the transatlantic slave trade, a review conducted in light of the Black Lives Matter movement has discovered.

Inquiries conducted on behalf of the Speaker’s advisory committee on works of art also found five satirical prints that reflect racist attitudes from the 19th century.

The discoveries are part of a push by senior staff and parliamentarians, first disclosed by the Guardian, to re-evaluate how to present the UK’s involvement in exploitation while commissioning new artworks that portray black, Asian and minority ethnic (BAME) and female MPs.

In initial findings, 232 items in the parliamentary art collection were found to have links to the transatlantic slave trade. Of those, 189 pieces depict 24 people who had ties to the slave trade and 40 depict 14 people who were abolitionists.

Prime ministers whose families profited from slavery included Sir Robert Peel, the founder of the modern police force, and William Gladstone, who was similarly dependent on financial support from his family. His father, John Gladstone, was one of the largest slave owners in the British West Indies. Both Peel and Gladstone are portrayed dozens of times in paintings and statues in Westminster.

Many “absentee” plantation owners and merchants involved in the slave trade rose to high office in the UK and fought against abolition.

William Beckford, the owner of a 22,000-acre estate in Jamaica, was twice lord mayor of London and, in the mid- to late 1700s, was one of 50 MPs in parliament who represented the slave plantations. An oil painting of Beckford hangs in a members-only room in Westminster.

William Alexander Mackinnon, the Conservative MP for Dunwich, features in an oil painting from the collection, of a debate from 1860. His family was given compensation following the abolition of slavery for profits lost on Mackinnon’s estate in Antigua.

Satirical prints that reflect racist attitudes, according to the committee, include The Ghost of Christophe Ex-King of Hayti, appearing to the Un-Holy Alliance!!, by the artist John Fairburn. The 1822 print depicts the king of Haiti handing pistols to George IV and other European leaders. On the island of “Hayti” [Santo Domingo] kneels a black slave in a loin-cloth, raising both arms, who says: “Tank God de d—n Tyrant be dead and poor slave be at liberty.”

The review follows an intense debate over statues portraying former colonial leaders following the removal of a statue of the slave trader Edward Colston in Bristol by Black Lives Matter activists.

The highly decorative lobbies of the Palace of Westminster, which are open to the public, are dominated by 18th- and 19th-century depictions of powerful politicians, many of whom had close connections to the slave trade.

Those links were exposed several years ago by University College London. Researchers showed that 469 MPs had profited from and been compensated for their links to the trade in human beings, and dozens of those feature in the artwork around parliament.

While there has been an increase in the number of paintings and photographs portraying BAME politicians, including the former shadow home secretary Diane Abbott and the late Labour MP Bernie Grant, many of these hang in Portcullis House, the modern building across the road from the Palace of Westminster.

Of 300 statues on the parliamentary estate, only two are of black, Asian and minority ethnic people: a bust of Learie Constantine, the first black peer and a West Indies cricketer, which is on loan from another collection, and a recently commissioned bust of the 18th-century writer and abolitionist Olaudah Equiano, who was enslaved in his early life.

Hywel Williams, the Plaid Cymru chair of the committee, which is made up of 11 MPs, said they were driven by a desire for a better understanding of the contents of the parliamentary Art Collection when it came to people with links to slavery.

“We will undertake a full review of the collection. We will look for ways to explain the lives of the people depicted in our artworks – including controversial aspects – honestly and more fully.

“The interpretation of our artworks is reviewed constantly, but this is the first time we are systematically reviewing the entire collection looking at issues around slavery and representation. We will look at ways to better explain and contextualise works in the collection through our website and in the material we give to visitors to parliament. And we will look for ways to better shine a light on the people in parliament who worked hard to abolish slavery,” he said.

Melissa Hamnett, the curator and head of heritage collections in parliament, said in June that parliament was exploring new ways of telling stories to the public, including an expansion of the use of audio, mobile technology and QR codes.

She said visitors might be able to use smartphones to take them on a trail that would explain former MPs’ links to Britain’s exploitative past.

“We are constrained by how much additional context we can display alongside the art works because of the space and because this is a working building,” she added.