Brendan Gleeson dons the orange fake tan and does his best impression of Donald Trump in the first of this four-part series. It is based on the US president’s explosive history with the former FBI director James Comey, taken from the pages of his 2018 memoir and from the testimony of White House insiders. Jeff Daniels takes on the role of the po-faced Comey as we open by exploring Trump’s rise to power during the 2016 election and his subsequent attempts to shore up his legitimacy by derailing the investigations into him. Ammar Kalia

Mary Berry continues her quest for home-cooked comfort food, this week exploring how different recipes allow families to create a sense of home in the kitchen. She experiences a slice of Sicily in north London, enjoys an Indian Diwali feast and makes her own paneer and roast vegetable curry. AK

India From Above
8pm, National Geographic

Dev Patel narrates this two-part documentary – an aerial exploration filmed across one year – that was made to mark 73 years of independence on 15 August. All manner of scientific, spiritual and natural wonders are highlighted, from the world’s largest religious gathering to a solar power plant and a meteorite crater lake. Ali Catterall

This documentary about the luxurious London hotel starts in early 2020, when staff were looking forward to a busy year ahead. It is rich in characters, including formidable butler Sean and restaurant manager Thierry, who is overseeing a visit from Gordon Ramsay, in which Ramsay swears about haddock and chipped plates. Hannah Verdier

Theatre Royal Stratford East and Moonshine Features present this dramatic work based on the stories of key workers during the coronavirus pandemic. Starring Russell Tovey, The Witcher’s Anya Chalotra and The Crown’s Lorraine Ashbourne, it follows stories taken from an April online callout to key workers. AK 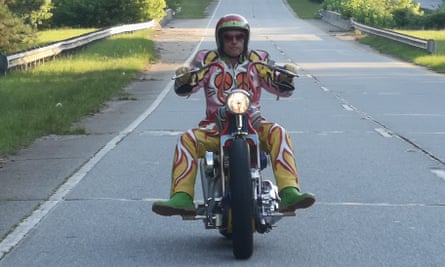 Grayson Perry continues his motorbike trip through the US, this week travelling along the east coast and analysing how primarily Democractic-voting states are gearing up for the November elections. We begin in the “wealthy liberal playground” of Martha’s Vineyard, Massachusetts. AK 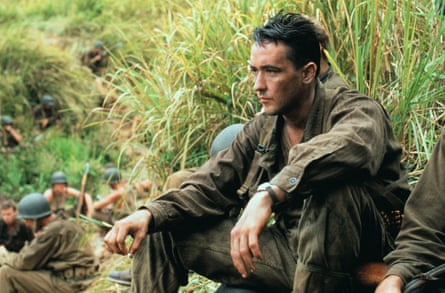 The Thin Red Line (Terrence Malick, 1998), 9pm, Paramount Network
Most of Hollywood flocked to enlist when Malick returned from a 20-year self-imposed exile to make this adaptation of James Jones’s second world war novel: a semi-mystical meditation on men in battle, inhabited by the likes of Sean Penn and John Cusack. Paul Howlett