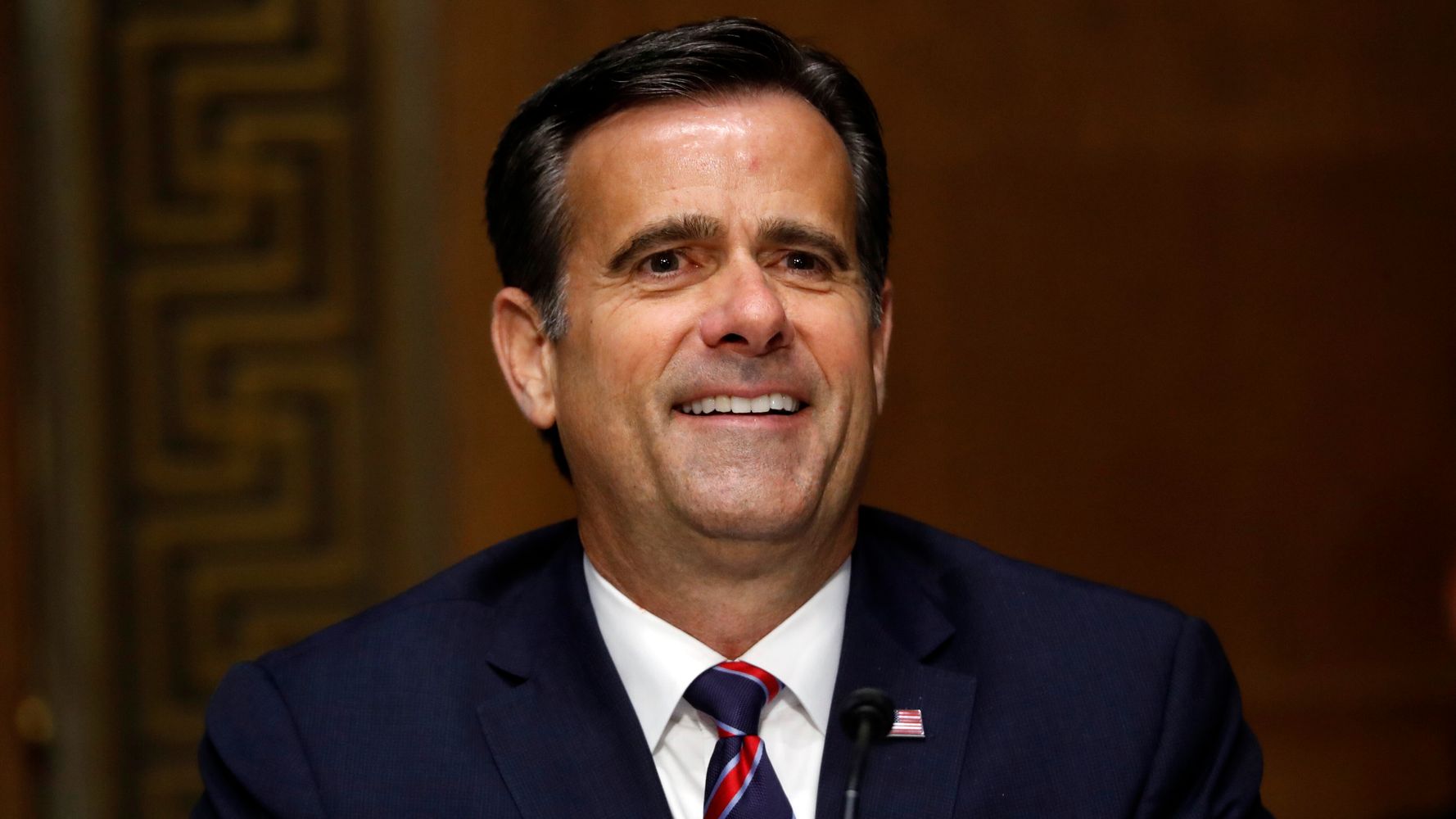 WASHINGTON (AP) — The Trump administration’s top intelligence official said Tuesday that he has declassified Russian intelligence alleging damaging information about Democrats during the 2016 election even though he acknowledged it might not be true.

In a letter Tuesday to Senate Judiciary Committee Chairman Lindsey Graham, R-S.C., Ratcliffe said that in late July 2016, U.S. intelligence agencies obtained “insight” into Russian spycraft alleging that Hillary Clinton, who was running for president, had “approved a campaign plan to stir up a scandal against” Trump.

But Ratcliffe added that American intelligence agencies do “not know the accuracy of this allegation or the extent to which the Russian intelligence analysis may reflect exaggeration or fabrication.”

The announcement was a startling break from convention given that the nation’s intelligence chiefs are generally loath to publicly discuss sensitive government intelligence, particularly when that information is unconfirmed — as Ratcliffe himself admits is the case here. But Trump himself has been eager to install loyalists in the role of intelligence director, and Ratcliffe and his predecessor, Richard Grenell, have authorized a series of disclosures in recent months aimed at undermining the Russia investigation and providing a political advantage to Trump.

Graham signaled Tuesday that he intended to ask former FBI Director James Comey about the issue when Comey testifies before the committee, which has been doing its own inquiry into the origins of the Russia probe.

Sen. Ron Wyden, D-Ore., a member of the intelligence committee, accused Ratcliffe of abusing his position as the nation’s top spy.

“His politicization of intelligence, including through selective releases to political allies, damages the country and undermines the intelligence community he purports to lead,” Wyden said in a statement. “Ratcliffe is even willing to rely on unverified Russian information to try to concoct a political scandal — a shocking abdication of his responsibilities to the country.”

Wyden said the information being released amounted to “rumint” or intelligence based on rumors. Ratcliffe responded with a second statement claiming the intelligence was not Russian disinformation. He said he’d be briefing Congress in coming days about the “sensitive sources and methods by which it was obtained.”

Ratcliffe said he was providing the intelligence to the Judiciary Committee related to the FBI’s “Crossfire Hurricane” investigation in 2016 and 2017 into links between Trump associates and Russian officials. Comey is to testify to the committee on Wednesday.

In his letter to the committee, Ratcliffe said that according to handwritten notes by former CIA Director John Brennan, Brennan briefed President Barack Obama and other senior national security officials on the intelligence, including the “alleged approval by Hillary Clinton on July 26, 2016 of a proposal from one of her foreign policy advisors to vilify Donald Trump by stirring up a scandal claiming interference by Russian security services.”

Nick Shapiro, former CIA deputy chief of staff to Brennan, said Russian interference in the 2016 election was “real, intense and unprecedented in scale and scope.”

Shapiro said the meddling was authorized personally by Russian President Vladimir Putin to hurt Clinton and to promote the electoral prospects of Trump. “The intelligence on this is incontrovertible and the analysis unimpeachable,” Shapiro said.

He said the intelligence community’s assessment of Russian interference on behalf of Trump has been corroborated numerous times. That includes in the CIA’s own review when Secretary Mike Pompeo was the CIA director as well as in the bipartisan Senate intelligence committee review and report by former special counsel Robert Mueller.

“Trump’s own head of counterintelligence has publicly stated that the Russians are once again helping Donald Trump,” Shapiro added. “Ratcliffe should be ashamed of his blatant politicization of his position.”

Rep. Adam Schiff, D-Calif., the chairman of the House intelligence committee, also denounced Ratcliffe’s action. “Ratcliffe’s decision to release Russian intelligence he concedes may be false is an obvious domestic political errand with an election weeks away,” Schiff tweeted. “But his acknowledgment that it was derived from sensitive sources and methods—which he may now have compromised—is just inexcusable.”