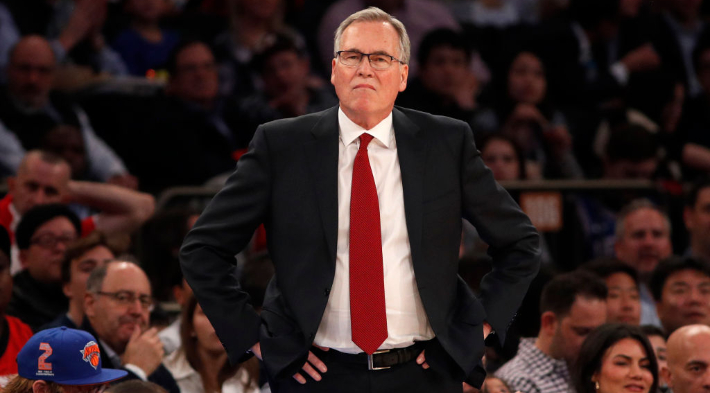 The NBA coaching carousel has been revving up as we move closer toward an offseason that promises to be unlike any we’ve seen in league history. Doc Rivers became the latest casualty this week when the Clippers announced that they were parting ways with him after seven seasons in Los Angeles.

Rivers’ track record in the postseason during his tenure there has been questionable, to say the least, but given his pedigree, it wasn’t long before his name started popping up in discussions surrounding some of the more highly sought-after vacancies around the league.

Most recently, he’s been linked to the Sixers job and is scheduled to meet with team brass on Wednesday, and according to the latest reports, Philly’s front office has narrowed their choices down to him and former Rockets coach Mike D’Antoni, with the expectation that they will announce their decision between them as early as the end of the week.

Via Adrian Wojnarowski of ESPN:

Other top candidates — including Mike D’Antoni and Ty Lue — also met with Brand and ownership, and the Sixers were ready to decide between those two until Rivers became available, a source told ESPN.

For the Sixers now, the focus is on Rivers and D’Antoni, a source told ESPN. A decision is expected this week.

Lue is thought to be first in line to assume Rivers’ position with the Clippers, although the team is still set to conduct formal interviews with other candidates, and that Philadelphia has moved on from him seems to indicate an expectation that he’s focused on that job opening. Los Angeles parted ways with Rivers after the Clippers blew a 3-1 series lead to the Denver Nuggets in the Western Conference semifinals. It marked the second time during his tenure there that the team failed to close out a playoff series after being up 3-1, although the team apparently viewed this season as championship or bust for Rivers future in L.A.