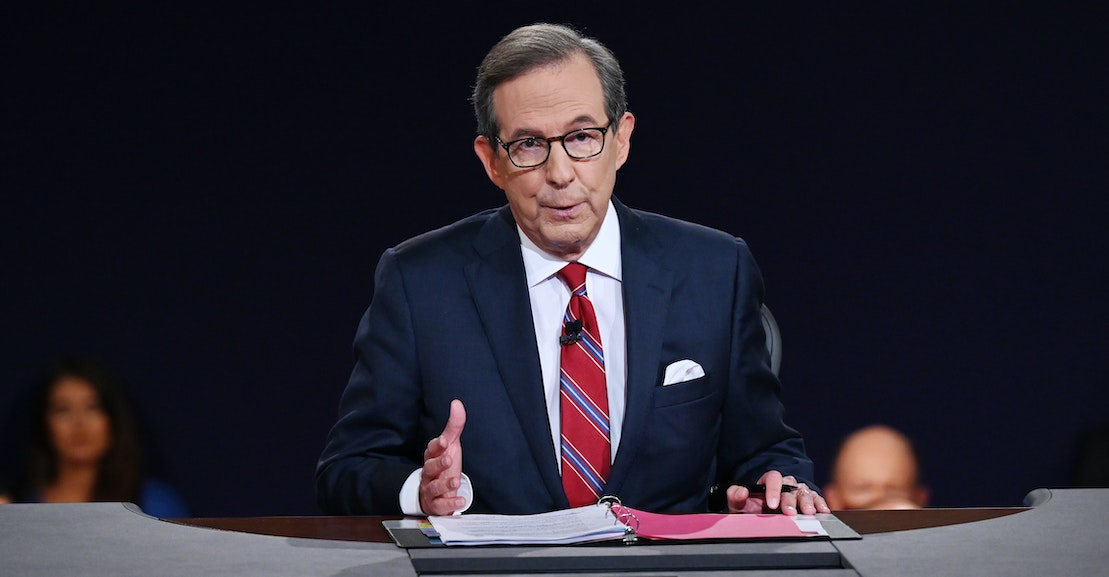 Who is to blame for Donald Trump’s disastrous performance in Tuesday’s presidential debate? The easy answer is the person who is to blame for most things: Trump himself. Both Trump’s supporters (including Chris Christie, who helped him prepare) and detractors settled on “too hot” as a preferred euphemism, which undersells the insanity. The president was downright rabid, shouting insults and grievances and conspiracy theories over both Joe Biden and moderator Chris Wallace. He was deranged, dismissing 200,000 Covid-19 deaths, mocking Joe Biden’s son’s drug addiction, and generally behaving like a terrible person. Every available poll confirmed what was obvious: Trump not only “lost,” he lost in catastrophic fashion.

But to Trump’s supporters, he cannot fail—he can only be failed. While some alleged that Biden was receiving biting one-liners like “Will you shut up, man” via an earpiece, the president and his allies have largely laid the blame for Trump’s performance on the third old dude on the stage: Wallace. That even “respectable” conservative pundits, like Washington Post opinion writer Hugh Hewitt, had to scapegoat the Fox News anchor for Trump’s failures, particularly his refusal to condemn the far-right gang the Proud Boys, is proof of the ridiculous lengths they will go to placate the president.

Granted, Wallace didn’t do a great job. He gave himself low marks, telling The New York Times that the debate was a “terrible missed opportunity” in a Wednesday interview. “I never dreamt that it would go off the tracks the way it did,” he said.

“I guess I didn’t realize—and there’s no way you could, hindsight being 20/20—that this was going to be the president’s strategy, not just for the beginning of the debate, but the entire debate,” a shell-shocked Wallace continued, referring to the relentless chaos Trump unleashed.

Though Wallace did eventually gain a semblance of control, it was clear he had not prepared for an obvious possibility: that Trump would spend the entirety of the debate interrupting, haranguing, lying, and treating both Biden and Wallace with contempt. For some reason, Wallace anticipated a normal debate and was rattled when Trump started raving about Hunter Biden, Hillary Clinton, and China.