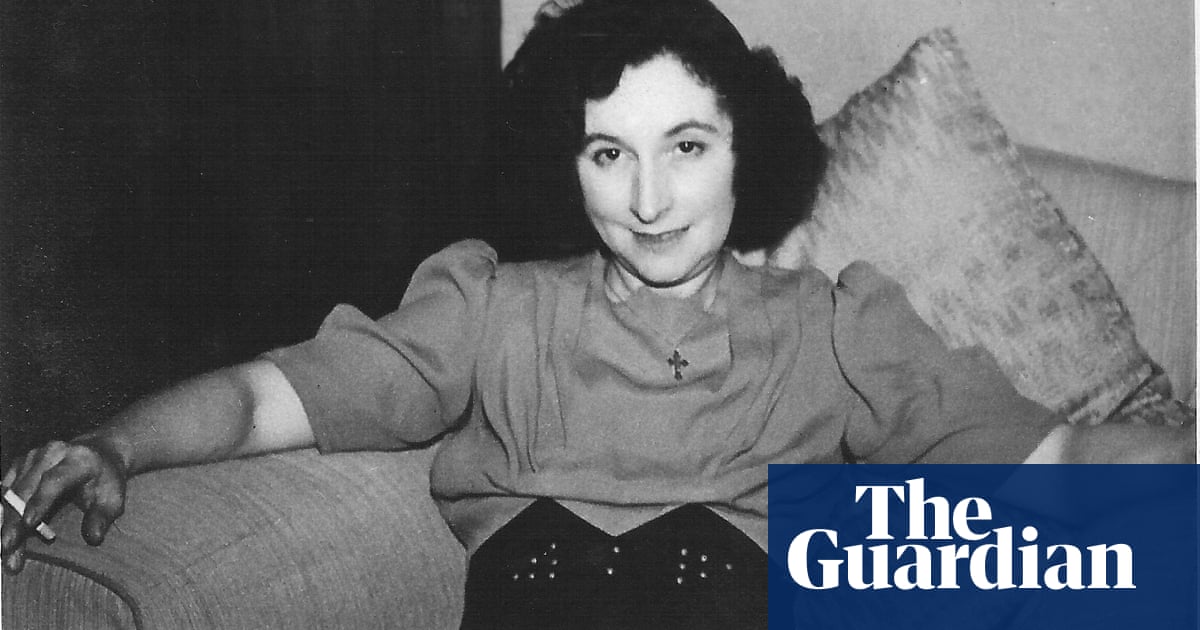 In the late 1930s something strange was happening in the semis and terraces of suburban Britain. Tables bucked and strange stigmata appeared on the bodies of quiet people living dull lives in Putney and Bexley. Wardrobes were particularly vicious, apt to slam their doors whenever they felt threatened. These poltergeists (from the German “noisy spirits”) were very different from the genteel rectory ghosts of earlier times. Rowdy, rebellious and frankly a bit common, they were deeply engaged with the new world of mass consumption, happy to turn up and make mischief at Woolworths, or the giant new cinema opposite the bus station.

In this terrific book, her best since The Suspicions of Mr Whicher, Kate Summerscale tells the story of Alma Fielding, a working-class wife and mother from Croydon who in 1938 became a one-woman forcefield of domestic weirdness. Crockery flew around the family’s end-of-terrace; a Bakelite radio smashed itself on the tiled floor; and the wardrobe, living up to its reputation for bad temper, hurled itself across the bed usually occupied by the Fieldings’ teenage son, who had sensibly gone to stay next door. Then there were the “apports”, the material objects that 35-year-old Fielding apparently materialised from thin air. Jewellery stolen from British Home Stores appeared on her fingers, beetles scuttled out of her gloves and once, during a car journey, a live terrapin, scaly, thrusting and slightly obscene, turned up on her lap.

What made it all the more remarkable was that Fielding continued to produce these effects while under the scrutiny of Nandor Fodor, chief research officer for the International Institute for Psychical Research. Fodor, a Hungarian-Jewish refugee, had already unmasked Charles Stewart, a Dundee railway engineer, who dressed up in a white sheet, and a well-known trance medium called Agnes Abbott, who waggled a luminous spirit trumpet on her thumb. Hardly a man, then, to take a materialising terrapin at face value. Fodor invited Fielding to the institute’s Kensington headquarters for a series of tests and investigations. In tightly controlled situations, in which she was strip-searched before being sewn into what amounted to a body stocking, Fielding continued to manifest the most extraordinary material effects.

Or did she? Fodor had started by hoping Fielding might be the real deal, but now he began to have doubts, getting her to submit to X-rays before a session. To Fodor’s eternal credit, though, when the evidence started to mount that she was actually an accomplished performance artist who hid cheap jewellery in her vagina and made objects fly through the air with a flick of the wrist, he did not seek to denounce or humiliate her. Instead he used his growing knowledge of psychoanalysis to investigate whether it might be her unconscious, or at least a fragmented second self, that was expressing itself in this sly way. Fodor discovered that Fielding had lost at least two children early in her marriage and received no emotional support from her dry-eyed husband Les. She had experienced other things too – a mastectomy, kidney operations, removal of all her teeth, an impotent husband and a willing lodger – which might well make a hard-done-by body long to speak its disruptive truth.

In three previous books Summerscale has sewn accounts of her chosen crimes and misdemeanours tightly to particular literary contexts – the emergence of the detective novel in the 1860s, the publication of Madame Bovary in 1857, the proliferation of sensationalist “penny blood” magazines at the end of the 19th century – and the result has sometimes felt strained. Here, though, she has achieved the perfect balance between her central story and its cultural context. We hear about Freud, now in his dying months in Maresfield Gardens, Hampstead, who rouses himself to read Fodor’s psychoanalytic account of the Fielding case and announces himself broadly in agreement with its findings.

We are reminded too of other uncanny moments in a world that is starting to seem strange to itself. In 1938, just as Fielding was dealing with flying frying pans in Croydon, Daphne du Maurier published her gothic blockbuster Rebecca, in which both a marriage and a mansion buckle under a psychic haunting. That year too the surrealist artist René Magritte showed his L’Évidence éternelle in a Mayfair gallery – a set of segmented paintings of a woman’s naked body, cropped almost as tightly as Fodor’s X-rays of Fielding’s torso. And then there were those wardrobes all over suburban Britain, lurching and clattering in anticipation of the destruction about to descend from wartime skies.

Most deft of all is Summerscale’s reading of the Fodor-Fielding relationship, not as some folie à deux but as a piece of collaborative sense-making. Both were people for whom the world was becoming increasingly unsafe. Fodor might be an educated man with contacts, but he was about to lose many of his family members to concentration camps. Fielding might have been comparatively well-off for her class – she could afford to smash crockery and buy costume jewellery, white mice and red roses to conceal about her person – but she was confronting a marriage with an impotent and increasingly hostile husband. Both Fielding and Fodor, Summerscale suggests, were searching for a moment of transcendence in a world that was getting uglier by the minute.

• The Haunting of Alma Fielding: A True Ghost Story is published by Bloomsbury Circus (£18.99). To order a copy go to guardianbookshop.com. Delivery charges may apply.