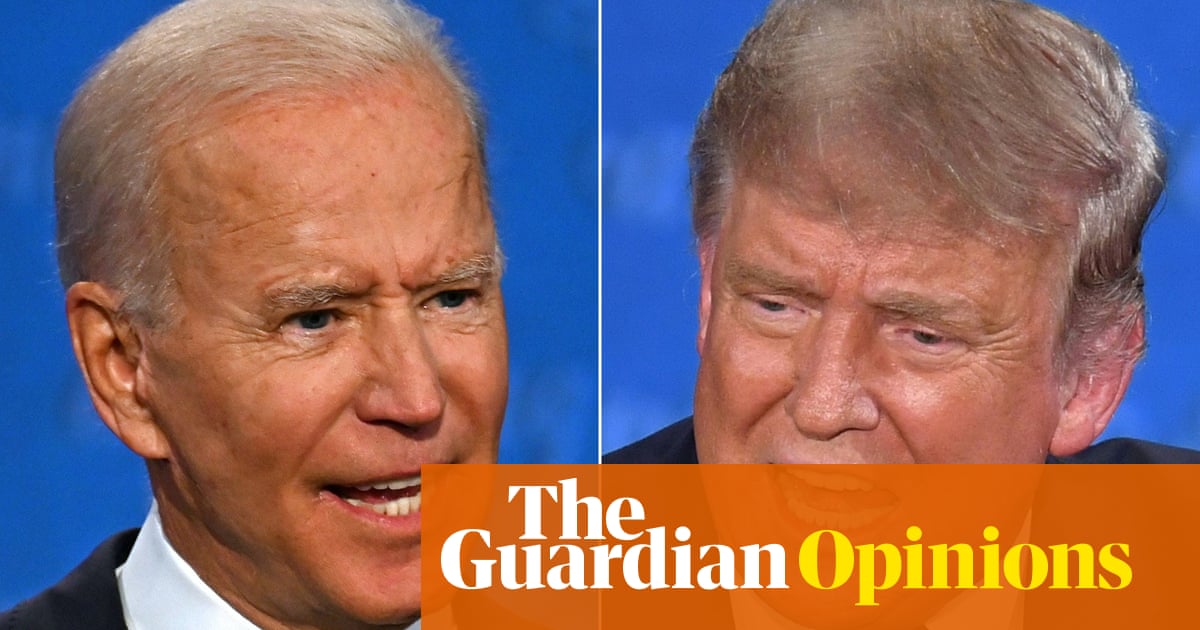 One unmistakable winner emerged from Tuesday’s presidential debate: Xi Jinping. The loser was the American public – and anyone else unfortunate enough to have sat through the grim 90-minute spectacle.

Variously described by commentators as a trainwreck, dumpster fire, shitshow and the worst debate in presidential history, it reflected the state of the race and the nation after four years of Donald Trump. This is America in 2020: wracked by a pandemic that has killed 200,000 people and highlighted its deep structural failings on healthcare and inequality, as well as the parlous state of its politics – a realm of bitter divisions in which facts appear to be optional.

Mr Trump lied, he blustered, he harangued and, above all, he interrupted. Most frighteningly, when invited to condemn white supremacists, he instead told the far-right Proud Boys to “stand back – and stand by”. He did this both by instinct and because Joe Biden remains ahead in the polls, with a lead that may well have been cemented by their performances. His base may have seen him as dominant, but to non-believers he was merely domineering.

The Democrat, for his part, pulled away from the “they go low – we go high” approach of 2016, dismissing his rival as a clown, a liar and America’s worst-ever president, and urging him to “shut up”. He failed to make an impact on issues including the revelations of Mr Trump’s astoundingly low tax payments and the future of the supreme court. But it was hard to argue with his conclusion that under Mr Trump “we’ve become weaker, sicker, poorer, more divided, and more violent”. Tuesday’s rancour was a manifestation of the bile spewed every day, out of sight of an international audience, in communities, towns and cities across the country.

Yet US elections have an impact on 7 billion people, not just 330 million, and rarely has that been more apparent. Mr Trump’s personal interests have corrupted American foreign policy. His instincts have enabled and encouraged the flourishing of nationalism and authoritarianism worldwide. We are watching the crumbling of a world order that, despite its terrible flaws and hypocrisies, has retained, for many, authority – and which looks to be replaced by something much worse.

For allies, all this is a threat; for opponents – notably Vladimir Putin – it has been an opportunity. And while both candidates took whacks at China, Mr Trump’s inconsistency and ignorance, his general unfitness for office, and his shoddy treatment of partners, is speeding America’s decline.

Domestic disquiet in China over the handling of coronavirus, and the cover-up of essential information, has been muted not only by censorship but also by the appalling US response. America’s international reputation has dropped to new lows thanks to Covid-19. Even those committed to democracy find little inspiration in a country where it is under siege from the president himself. Beijing’s growing forcefulness is making it enemies, and the detention and reported sterilisation of Uighurs in Xinjiang is horrifying. But America’s dismissal of multilateral institutions allows China to posture as a responsible player and a global leader. While deadly wildfires have raged in California, Mr Trump questions global heating. Meanwhile, Mr Xi pledged last week that his country would be carbon neutral by 2060.

The debate showed that Mr Trump’s re-election would be a disaster felt well beyond US borders – and that those who oppose him are still struggling with how to do so. He does not accept the rules of the election any more than he accepted those of the debate. Mr Biden urged people to vote; Mr Trump discredited the process and invoked the threat of force. Ousting him won’t fix the country’s problems: he is as much a symptom as a cause. But any solution must begin with his departure. He diminishes his nation, and damages the world.