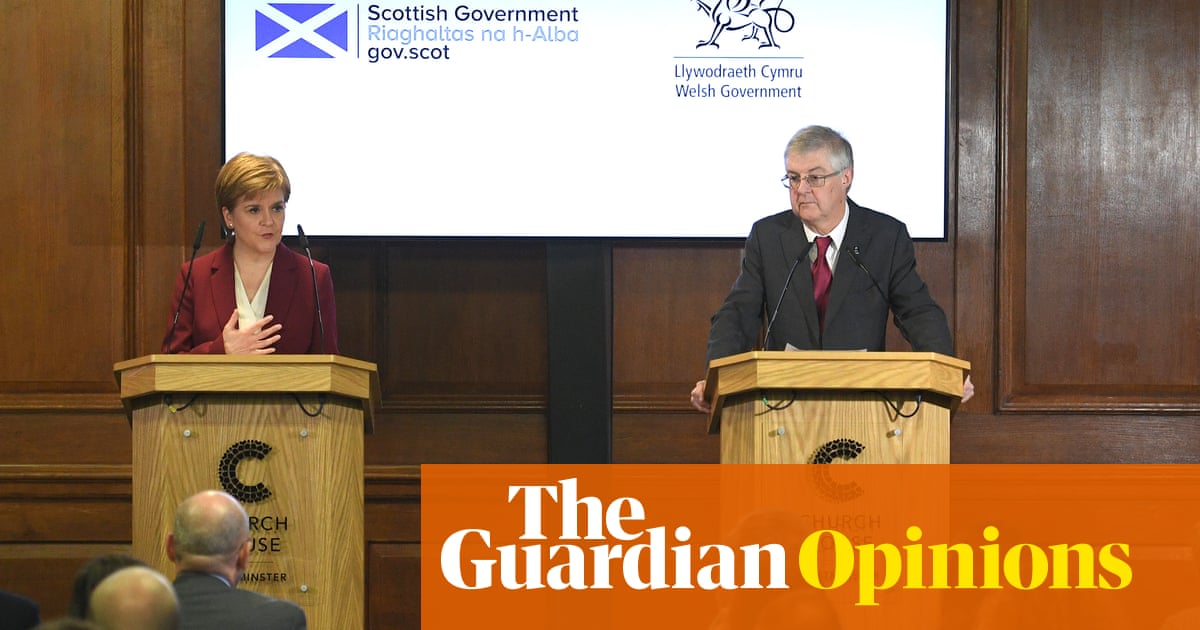 The internal market bill has passed the House of Commons; a Tory rebellion over clauses repudiating the Brexit withdrawal agreement came to nothing. The damage to Britain’s international reputation is done. But another hazard, potentially even more consequential, lurks in the proposed law as it relates to devolved matters reaching far beyond customs checks at Irish Sea ports.

Many English MPs seem oblivious to the problem. Their Scottish and Welsh counterparts are not. The Holyrood parliament and Senedd in Cardiff are sure to withhold support for the bill. (The Northern Ireland assembly has already passed a motion rejecting it.)

Boris Johnson will not defer to the Sewel convention, the non-binding protocol that requires motions of consent in the devolved legislatures. He has no record of honouring constitutional principle. But failure to engage with Welsh and Scottish concerns risks destabilising, possibly fracturing, the union. It abets nationalists who argue that Brexit is being used as cover for a Westminster power grab.

The dispute involves the “repatriation” of rules that were harmonised by EU membership. The Downing Street view is that fair commerce across the country requires a single regulatory framework. Future trade deals will have to be signed on the basis that access to one part of the UK gives unfettered access to the whole. It would not be practical to let devolved governments erect internal regulatory barriers.

But viewed from Scotland and Wales, the bill has a hidden agenda beyond the level playing field for trade. It grants new spending powers that reach across existing devolved competences. One of the government’s stated objectives is the reinforcement of “shared values” across the UK, which implies a project to bolster unionism and challenge nationalism, especially in Scotland.

Unionists recognise that the idea of shared enterprise between England and Scotland needs rehabilitation. But that purpose is not served by smuggling the intent in a bill that purports to be about something else, nor by using the urgency of Brexit to evade scrutiny. Such tactics will be counterproductive.

When applying its unitary regulations across the UK, the internal market bill does not preserve non-economic exemptions (for the protection of public safety and heritage, for example) that are written into EU law. Outside the EU, Scotland and Wales will end up being more tightly bound to rules written in Westminster than Britain as a whole was bound to rules written in Brussels. That might seem perfectly natural to Mr Johnson, who sees the reclamation of national sovereignty in pan-UK terms. Scottish and Welsh voters will smell hypocrisy.

Establishing a post-Brexit internal market for the UK was always going to require substantial changes to the letter of the law pertaining to Scottish and Welsh government. It did not have to trample the spirit of devolution. Nationalists were always bound to cry foul, but that is a reason for Downing Street to tread judiciously and legislate deftly. Instead, Mr Johnson has been lavish in supplying enemies of the union with political ammunition. It is now the task of the Lords to distinguish what is practical and necessary in the internal market bill from those aspects that are reckless and harmful to the integrity of the UK.