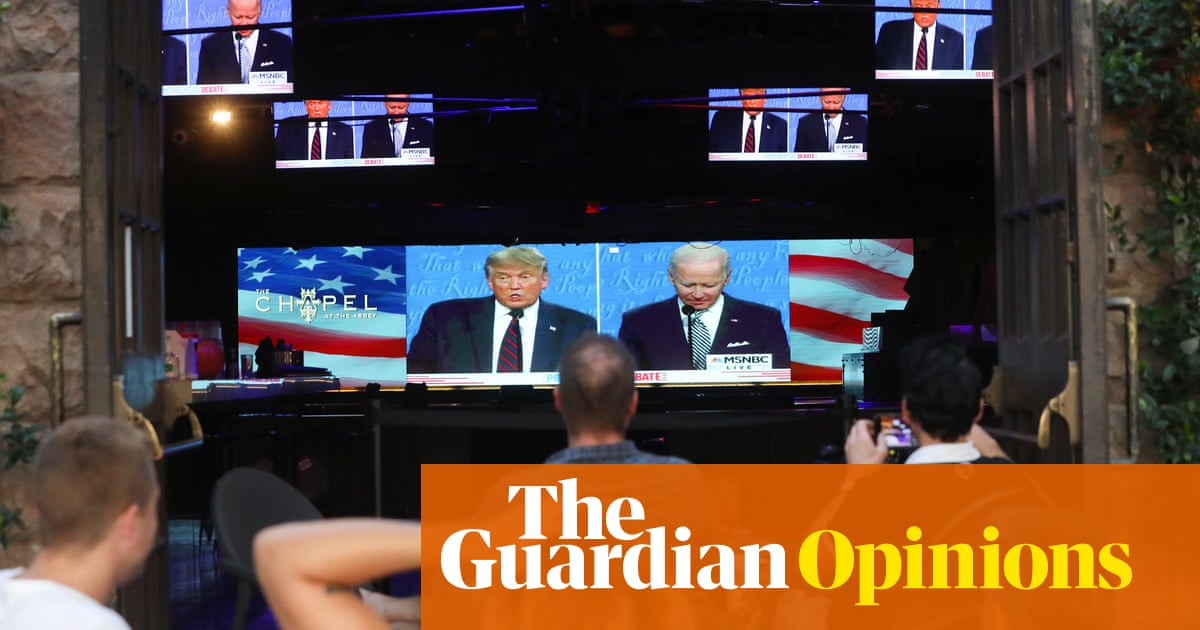 Geoffrey Kabaservice: ‘There were no winners’

As this annus horribilus grinds toward its close, the first (and final?) presidential debate provided further evidence that 2020 is a bad scriptwriter. What might possibly have been an interesting and even educational exchange turned out to be a distressing and largely unwatchable pissing contest.

For long stretches of the so-called debate, Donald Trump refused to let Joe Biden (or even the moderator, Chris Wallace) so much as complete a sentence without an interruption or insult. Trump undoubtedly did show himself as the more domineering candidate, for whatever that was worth, though he succeeded mainly in reducing the debate to chaos rather than making a coherent case for his presidency.

Biden mostly kept his cool but struggled to make sustained arguments in the face of Trump’s bullying barrage. At times he fell prey to his traditional verbal infelicities. To the extent he was able to break through the noise, he missed golden opportunities to make what, according to traditional debating standards, would have been effective arguments on a host of issues.

But unlike Trump, Biden did come across as a reality-based, non-conspiratorially-minded politician who is opposed to white supremacy and committed to our basic national institutions and the continuation of American democracy. And he was at his most effective in the final third of the debate, particularly on law enforcement and the election, at a point when, according to conservative media, he should have run out of energy and brainpower.

This was the worst presidential debate in our history and a grievous national embarrassment. I can think of no reason to hold another such event so long as Trump is on the stage and the moderator lacks a mute button. Both sides predictably will claim victory. In truth, both candidates lost, although I suspect the outcome will be worse for Trump because he seemed so unhinged and unfit for the presidency. But if the “debate” showed anything it is that we are a nation in decline, united only by our contempt for each other. The real winners were those who wish us ill.

Derecka Purnell: ‘A manifestation of our government’

The presidential debate did not demonstrate a decline of America’s government, but a manifestation of America’s government. Trump yelled and cheated his way through, even attacking the moderator in addition to his opponent. He lied often and loudly. Biden’s truths were quiet and damaging. He wants to give more money to police. He is against socialism. He is against the Green New Deal.

Biden was audibly frustrated and visibly annoyed with Trump. The former vice-president told him to shut up and called him a clown and a racist. This volley may have ironically saved Biden’s performance, as he regularly fumbled through his “uninterrupted” time and rebuttals.

By far the scariest moment happened when Trump refused to agree that he would accept the results of the election. Hopefully, the rest of us will be more prepared for this reality than Biden let on.

Trump and Biden may have argued who would better protect America and her values, but the people in this country must eventually be saved from them both.

Lloyd Green: ‘This debate was a poor advertisement for our democracy’

Donald Trump dominated the debate stage from the opening moment. He continuously hectored Joe Biden. Beyond that, Trump did nothing to hide his disdain for his opponent. This is what “modern presidential” looks like.

Inexplicably, Biden took nearly 40 minutes to raise the issue of Trump’s taxes, one of the president’s greatest vulnerabilities, and then failed to return to the topic. Rather, the former vice-president appeared timorous. It was painful to watch.

Still, Biden’s admonition of “Will you shut up, man?” was the debate’s most memorable quote. His words were an expression of disgust with the president, but also of exasperation with Chris Wallace, the moderator who failed to police a president who refused to yield the floor. Wallace looked like a traffic cop who was flattened by a convoy of runaway trucks.

Getting beyond atmospherics, Trump’s exhortation to white supremacists to “stand back and stand by” may have been the evening’s most significant pronouncement. Charlottesville continues to echo.

Biden entered the debate with a steady but surmountable lead in the polls. He is ahead of where Hillary Clinton stood at the same point in her campaign. The president also trails his opponent in states he won four years earlier.

Whether the brawl in Cleveland alters the campaign dynamic is the open question. Regardless, it is unlikely that Trump successfully wooed suburban moms with his performance.

The debate was a poor advertisement for our democracy. Sadly, it may portend what comes after election day: a four-alarm dumpster fire.

President Donald Trump needed to knock Joe Biden down a few pegs. He didn’t get the job done. Biden has the lead and did nothing to let it slip. Trump was belligerent, absolutely horrible, upbraided repeatedly by Fox News moderator Chris Wallace for shouting over Biden. Trump embraced white supremacists. Those few yet undecided could not have been favorably impressed.

To maintain his position, Biden needed to appear competent and honest, appealing for unity. He did just that. Trump needed to land blows. He couldn’t. Biden laughed him off as a “clown”. He scored his points on Trump’s mismanagement of the pandemic, called him out as a liar and cheat, and appealed for national unity. He checked off every debate box. Biden smiled while Trump scowled at the close. That sort of said it all.