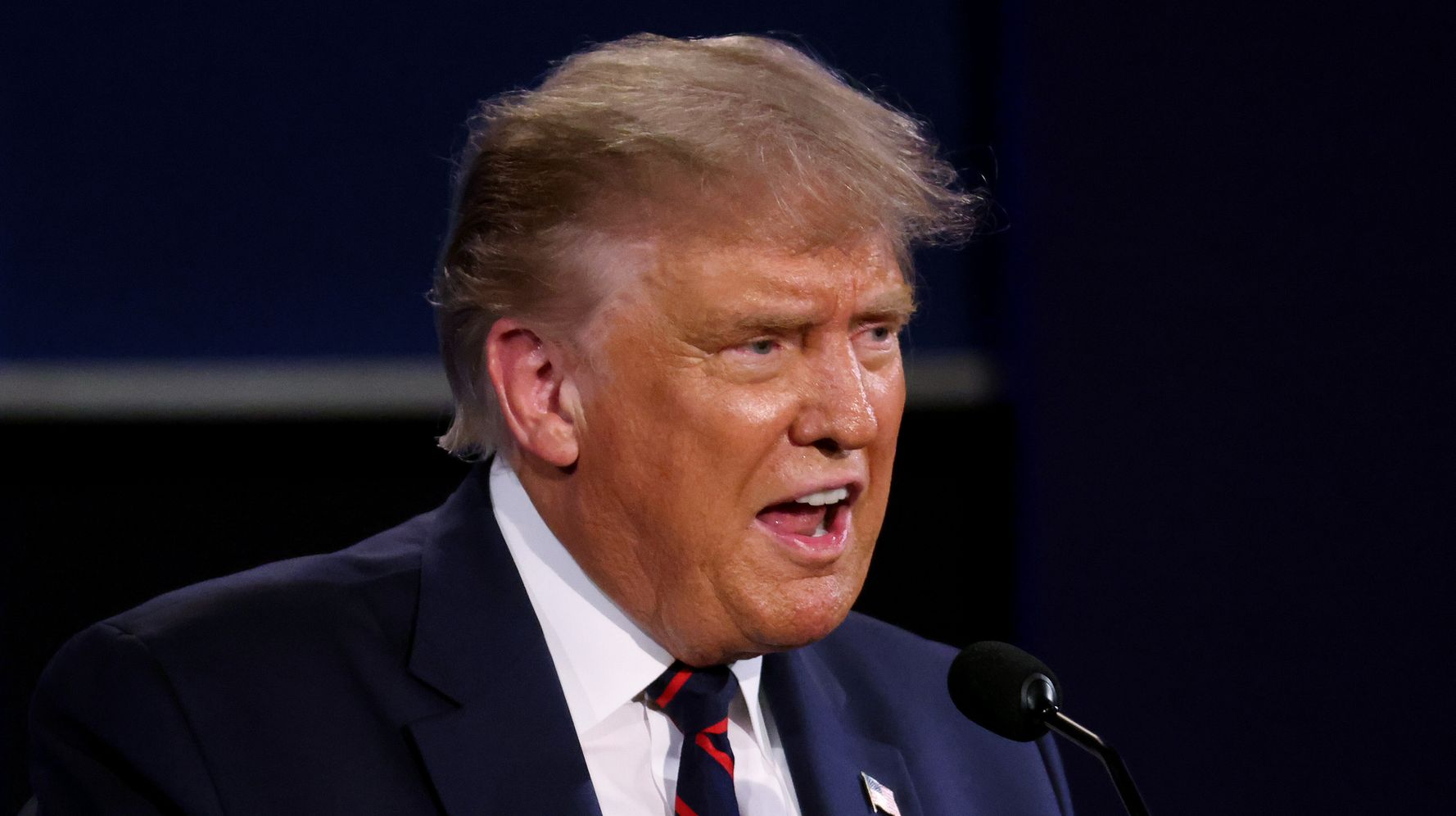 Health care was the first big flash point in Tuesday night’s presidential debate, although it was hard to follow because it played out like every other exchange in the 90-minute event: with interruptions, non sequiturs and over-talk from President Donald Trump.

Behind that cacophony, however, was a real and urgent issue: the future of the Affordable Care Act and what will happen to the millions of people who depend upon it.

Trump has repeatedly tried to take away the Affordable Care Act’s guarantees of coverage for people with preexisting conditions. Most recently, he ordered the Justice Department to endorse a lawsuit challenging the law’s constitutionality ― a lawsuit whose outcome is a lot more uncertain now that Trump has nominated arch-conservative Amy Coney Barrett to succeed Justice Ruth Bader Ginsburg on the Supreme Court.

That possibility is why health care is suddenly getting a lot more attention in the campaign, and undoubtedly why Biden kept bringing it up on Tuesday.

Polls have shown, consistently and conclusively, that the public does not want the Affordable Care Act thrown out. Whatever their thoughts about “Obamacare,” voters want its expansions of insurance and protections for preexisting conditions to stay in place.

Trump knows that, too. It’s why he keeps insisting he wouldn’t take that coverage and those protections away ― and, presumably, why he kept interrupting Biden. But the record is clear.

Trump spent the first few months of his presidency urging the Republican Congress to repeal the Affordable Care Act. In May 2017, after weeks of back-and-forth, the House passed a repeal bill called the American Health Care Act.

Trump famously celebrated that vote in the Rose Garden, with House Republicans as his guests. “This is a great plan,” he said.

That bill would have reduced government spending, freeing up money for tax cuts, thus fulfilling longtime Republican goals. But it proposed to do so by taking huge sums out of Medicaid and reducing spending on subsidies for people buying private insurance.

The House bill also proposed to let states waive rules on how insurers sell and price their policies. With state approval, insurers could have gone back to charging higher premiums to people with serious medical conditions ― to the point of making coverage unavailable.

The number of people without insurance would have ultimately increased by 23 million, the Congressional Budget Office predicted. (The number may have been too high, but there’s no question the bill would have led to significant coverage losses.)

As for people with preexisting conditions, here’s what CBO predicted would happen, word for word:  “People who are less healthy (including those with preexisting or newly acquired medical conditions) would ultimately be unable to purchase comprehensive non-group health insurance at premiums comparable to those under current law, if they could purchase it at all.”

To be clear, some people would have saved some money. In particular, those in relatively good health or willing to take their chances with thinner coverage would see their premiums come down, sometimes dramatically.

But some people with serious medical conditions or looking to keep comprehensive coverage would have owed more ― so much more, in some instances, that they couldn’t get insurance at all.

That’s the opposite of protecting people with preexisting conditions.

Trump Is Backing The Lawsuit Before The Supreme Court

The other telling detail about Trump’s intentions is the one in the news now: the new lawsuit challenging the Affordable Care Act’s constitutionality. Conservative state officials filed the lawsuit two years ago. Its core arguments are so weak that even lawyers, activists and writers who supported previous legal challenges to the law have urged courts to reject it. But a federal district judge ruled in its favor and, by a 2-to-1 vote, a circuit court panel upheld the underlying argument.

The Supreme Court plans to hear the case on Nov. 10.

The Court rejected two previous challenges to the Affordable Care Act, but in both cases it was Chief Justice John Roberts joining the four liberals. Saving the law now would require at least one more conservative to join him, and the potential vote of Barrett, who criticized earlier decisions upholding the law, is hard to predict. Trump appointed Barrett, well aware of her record, and said just last week that he hopes the court rules against the Affordable Care Act this time.

Trump’s latest effort to wipe out the Affordable Care Act might very well fail, simply because even judges with previously expressed animus to the law may have little tolerance for such a shoddy argument.

But it’s not a sure thing, thanks to Trump. If he doesn’t manage to kill off the Affordable Care Act and its preexisting condition protections, it won’t be for lack of trying.