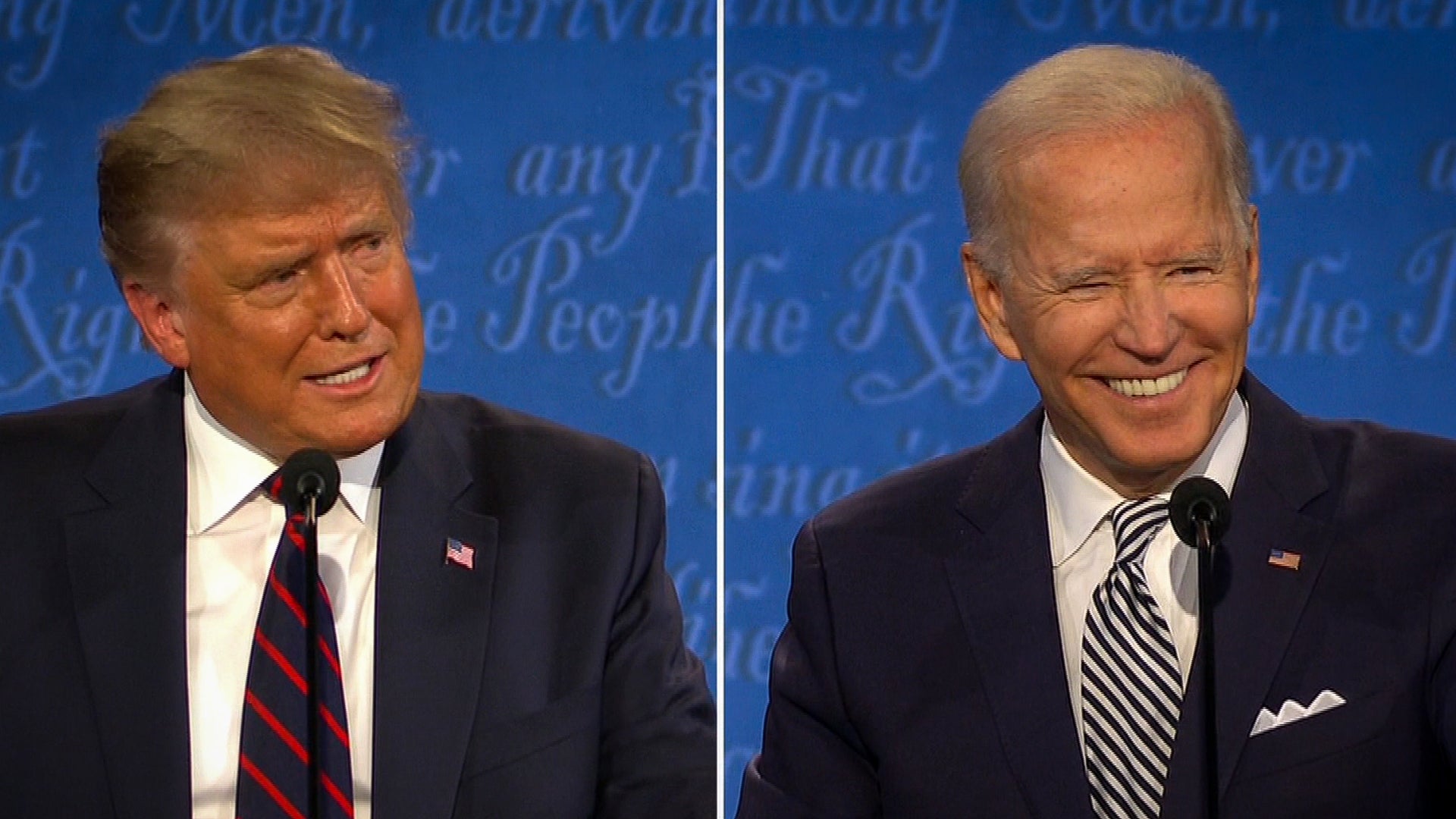 President Donald Trump Tuesday evening stumbled over his words –– refusing to condemn the radical far-right group, The Proud Boys, known for endorsing violence at protests across the country. Members of the self-described, “pro-Western fraternal organization for men,” reportedly celebrated minutes after the remarks were made, according to The New York Times.

Asked by the debate’s moderator and Fox News journalist, Chris Wallace, if he was willing to denounce white supremacists, the first reluctant Trump then went on to say, “Proud Boys –– stand back and standby.”

Just moments before the president’s jarring remark was made, democratic nominee Joe Biden encouraged the president to condemn the group.

“I would say almost everything I see is from the left wing, not from the right wing. I’m willing to do anything. I want to see peace,” Trump said. “What do you want to call them? Give me a name.”

Members of the far-right group immediately began posting to social media, calling the president’s comments “historic,” the Times reported. In one specific message on Telegram, a private instant messaging software application, a poster called the comment a tacit endorsement of violent tactics, the Times wrote. One message reportedly said that the group was already seeing a spike in “new recruits.”

When asked to clarify Trump’s remarks, Jason Miller, a senior adviser to the president’s campaign, said it was “very clear he wants them to knock it off,” the Times reported.

The group has been tied to several violent protests that have erupted across the country, including most recently at a rally organized in Portland, which led Gov. Kate Brown to declare a state of emergency ahead of the event, the Times reported.

The Proud Boys were conceived in 2016 by Vice Media co-founder, Gavin McInnes. Two years later, McInnes announced he was “quitting” the group. The Anti-Defamation League has deemed the Proud Boys as “hard-core white supremacists,” the Times reported. The Southern Poverty Law Center calls them a hate group.