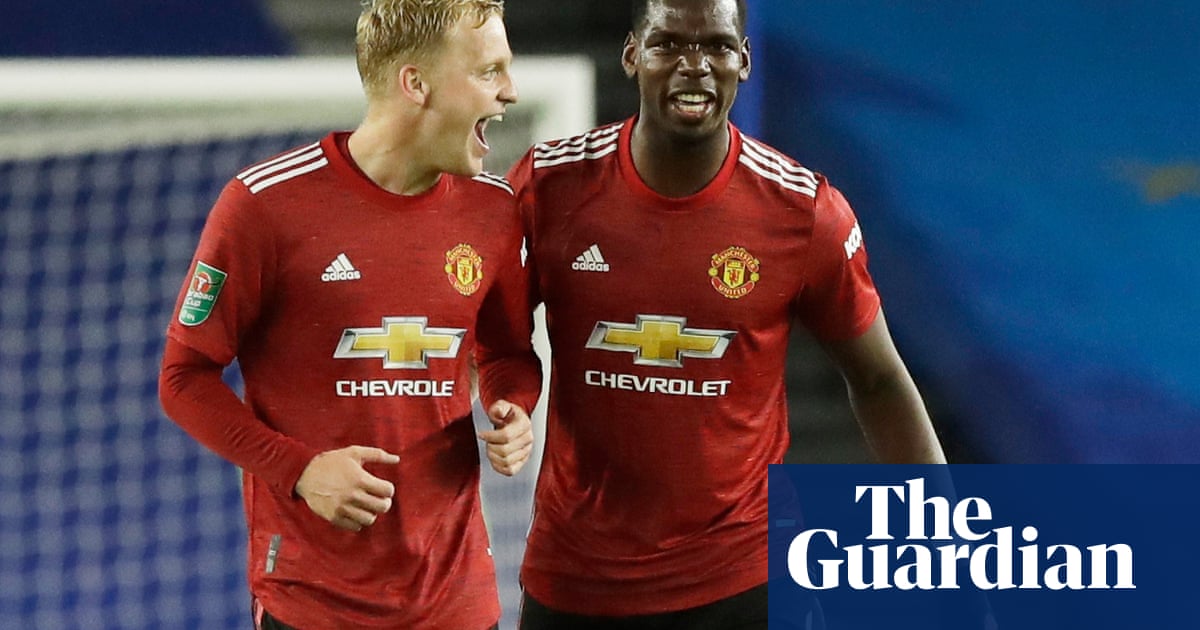 Ed Woodward should not be fooled by the final score. While it was comfortable in the end, the clamour for Manchester United to strengthen their attack is only going to intensify after this misshapen performance from their second string. The search must go on, even if Borussia Dortmund hold firm on Jadon Sancho.

Ole Gunnar Solskjær made his point when he turned to his bench moments after Dean Henderson had stopped Brighton’s Leandro Trossard from cancelling out Scott McTominay’s goal. After intending to give Paul Pogba and Marcus Rashford the night off, Solskjær called them off the bench and United pulled clear to reach the Carabao Cup quarter-finals.

The pressing issue for United is whether they have enough quality behind their usual attack, which had started to look a little worn out by the end of last season. The risk is obvious should United fail to add more depth before the window shuts. An injury to Marcus Rashford or Anthony Martial would leave United short up front, Mason Greenwood is too young to play every week and although Donny van de Beek is likely to prove a handy signing, there is no sense that Solskjær trusts his reserves to step up when the stars need a rest.

Rashford, Greenwood and Martial deserve more support. They need quality competition; teammates who can push them and keep standards high when they come into the side. United do not have enough weapons for a club of their standing and Solskjær saw that reinforcements are required after bringing in some of the lesser lights for his side’s second trip to Brighton in the space of five days.

United were woefully short of creativity during a forgettable opening period, save for one moment of invention that almost resulted in the opening goal in the 17th minute. After a quiet start Daniel James and Juan Mata combined on the left, carving Brighton open with a swift interchange of passes and freeing Odion Ighalo, who did the hard part well, rounding Jason Steele, and the easy part badly, screwing wide of the empty net.

It was an isolated flurry from United, who found it hard to get Van de Beek on the ball in the No 10 role. Brighton’s five-man defence was comfortable and the hosts started to play after a quiet start. Alireza Jahanbakhsh saw a shot parried by Henderson, David de Gea’s deputy in goal, and Alexis Mac Allister jabbed an effort on to the roof of the net after a winding run from the left.

Brighton were holding their own and were kicking themselves after falling behind to a soft goal. Dan Burn was caught out of position and was booked for fouling Mata, who swung the free-kick in for McTominay to head past Steele. The marking was atrocious.

It was also hard not to wonder if Brighton should have picked a stronger team. While they visit Everton in the league on Saturday, this was an opportunity to reach the last eight of a cup competition. Their football was slick at times, but they lacked a cutting edge in attack, with Viktor Gyökeres struggling to make an impact up front.

Brighton needed more hustle in the final third and Graham Potter was forced to make a change when Jahanbakhsh went down injured at the start of the second half. On came Neal Maupay, looking to make amends after his last-minute handball gifted United their winning penalty last weekend.

United had more to think about with Maupay on the pitch. They dropped back and tried to play on the break, but were unable to keep the ball. James lacked conviction whenever he had a chance to dribble down and the left Ighalo was being smothered by Lewis Dunk and James. At one stage Van de Beek, accustomed to playing a more cerebral style when he was at Ajax, could be seen urging his teammates to be calmer on the ball.

Brighton almost took advantage of United’s sloppiness when Henderson made an outstanding save from Trossard. Solskjær had seen enough, bringing on Rashford and Pogba, and the game was done when Van de Beek’s beautiful flick released Mata, who finished smartly. Moments later Pogba’s deflected free-kick flew in from 25 yards. United had finally made their class count.