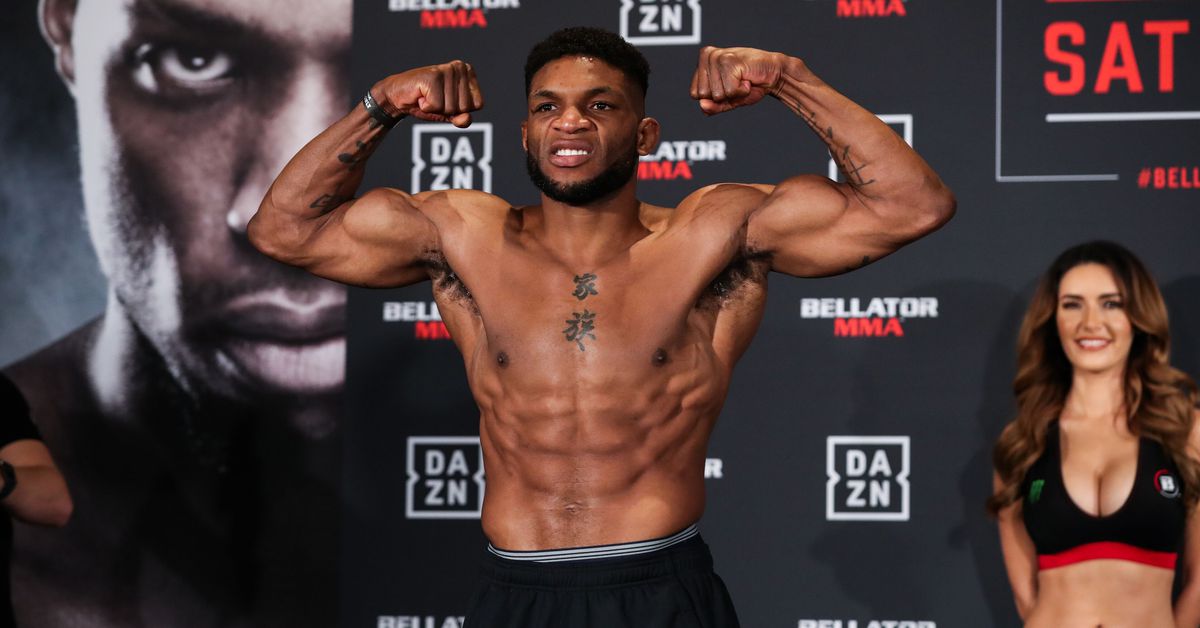 Bellator has a new main event for its first card on CBS Sports Network after the cancellation of Paul Daley vs. Derek Anderson.

Daley was aiming for his third straight victory in the circular cage at Thursday night’s Bellator 247 in Milan, Italy, but neither fighter showed up for the weigh-ins. Bellator confirmed that Daley missed weight by 2.6 pounds and was then transported to a local hospital. Gareth A Davies first reported the news.

“Paul Daley weighed in at 172.6 during the official window,” a Bellator statement read. “He was unable to make it to the stage during the ceremonial weigh-ins shortly after and was subsequently transported. Fight is off and we will have a a new main event shortly.”

According to an Instagram post from Daley, he’d informed Bellator that he was going to miss weight and did not initially think that the fight would be canceled (shortly after news broke that the fight was in jeopardy, Daley released a video saying the fight was on, but that statement has since been deleted). However, he was experiencing some ill effects from his weight cut that alarmed Bellator officials prior to the ceremonial weigh-ins.

Daley added that he asked to be taken to the hospital where he recovered and since he did not receive an IV, he believed it was still possible for his fight to proceed as scheduled, but this was not the case.

“No IV, fit to go, wanted to fight,” Daley said. “And then I’ve just heard that there’s no chance. Like I said, [what happened with the last part of the weight cut] is not unusual for professional fighters, it just normally takes place in our rooms with our team. It’s just unfortunate that it took place downstairs and that Bellator, CBS, and Sky Sports—even though I’m fit, I’m healthy, I’m 100 percent, no hospital treatment, ready to go right now—they don’t want to put the fight on. So I apologize.”

A flyweight bout between Kate Jackson and Bellator kickboxing champion Denise Kielholtz will now serve as the new main event.