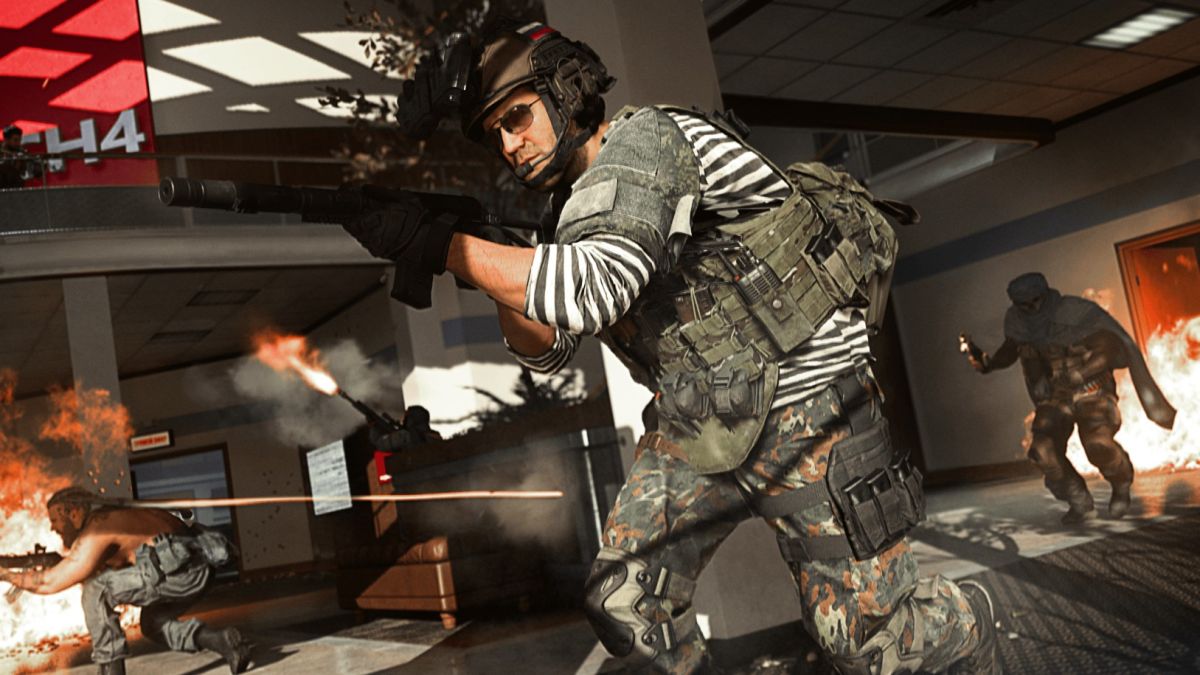 Battle royale games are all about making hundreds of micro-decisions—guesses, really—amid gradually escalating tension. It’s a big part of why they continue to intoxicate us: You never quite know where to travel next, whether the risk to you and your teammates is ever quite worth scouring a new area for fresh loot. The new Warzone Foresight killstreak changes that, and its drop rate has already been, well, dropped.

Introduced as part of yesterday’s Warzone Season 6 launch, Foresight is a killstreak that, if picked up, allows you to see all the upcoming circles in the match in which it’s found. That includes the endgame circles as it starts to erratically shift around, so it would be pretty irritating to come up against an all-seeing enemy in the final stages. You’ll still need the skills to survive and accumulate quality gear, but it’s still a colossal tactical advantage given the sheer size of Verdansk.

Here’s a clip of me finding it in game and using it. https://t.co/lRB1tergQu pic.twitter.com/zDvzw3x7fXSeptember 29, 2020

In the above tweet you can see Call of Duty leaker, Modern Warzone, picking up the perk in a bunker. It appears as if it automatically activates when picked up, too, without taking up a killstreak slot. It’s not certain yet how to find Foresight, but it has only been mostly discovered in the various Warzone bunkers hidden across the map: Modern Warzone has claimed to have also found it by completing the easter egg that popped up yesterday relating to the new subway system. This legendary perk isn’t the kind of thing you’ll discover in standard ground loot.

Not only does it perhaps transgress one of the core tenets of battle royale—the responses to charlieINTEL’s tweet shows players’ displeasure—but Infinity Ward clearly thinks Foresight appeared too often. In a playlist update released in the early hours of this morning, it said it was “decreasing drop rate of the Foresight killstreak” along with a minigun drop rate change and a fix for players dying to the gas while riding the new metro. Infinity Ward didn’t detail exactly by how much the perk’s drop rate was slashed, but just expect to find it a little less often while raiding bunkers.

It hasn’t been the easiest of updates for Infinity Ward, one that at least ushered in a new underground train network and bats you can befriend. In what is presumably the final season before the Call of Duty: Black Ops – Cold War release date, we’ve encountered the in-game shop going dark and plenty of crashes, which are being investigated. At least we didn’t get a shotgun that one-shot-killed anybody from up to 15 metres away, like last time.

The Foresight killstreak is hardly the only way Infinity Ward has messed with the genre—the Gulag gives us a chance to return to a match after death if you can succeed in a Gunfight-style one-on-one and then there’s the innovative cash and Warzone loadouts system—but it’s certainly the most controversial. As it both winds up players who’ve carefully strategised their way to endgame, only to fall to a Foresight-wielding camper, and arguably takes some of the mystery and thrill out of a match for the player with it, maybe it’s a good thing if fewer of us find it.