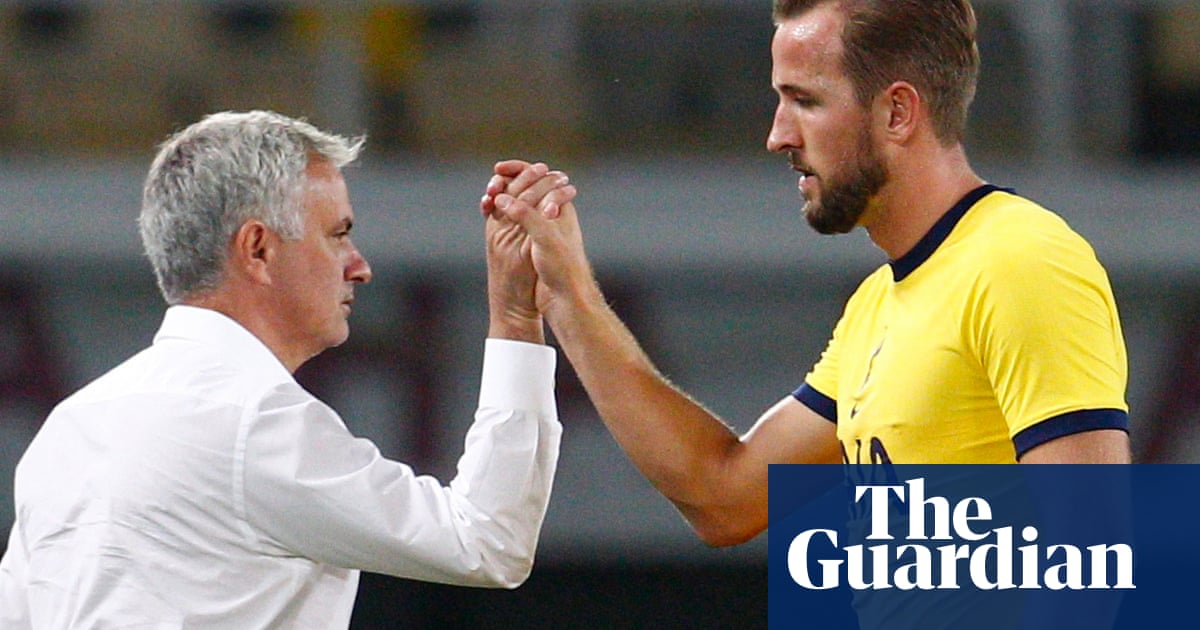 José Mourinho has lent on Gareth Southgate not to over-play Harry Kane in England’s upcoming triple bill of fixtures. The Tottenham manager is preparing for his club’s Europa League play-off at home to Maccabi Haifa on Thursday night – a vital game for sporting and financial reasons – and he is set to start with Kane.

Spurs are mired in an unforgiving run of matches, with Haifa their sixth in 14 days, and Manchester United await on Sunday, a game which Kane would also expect to start.

Borussia Dortmund: where dreams are made or a glorified feeder club? | Jonathan Liew

Mourinho has been dismayed by the congestion and that extends to the international window, in which England face a friendly against Wales next Thursday and then Nations League ties against Belgium and Denmark. He says that “three games are obviously too much, especially for my players” and he made the point that if he could resist the urge to start with Kane – as he did in the Carabao Cup penalty shootout win over Chelsea on Tuesday – then the England manager ought to be able to do so, as well.

“When Kane is fit, he should start every game for Tottenham but he didn’t yesterday [against Chelsea],” Mourinho said. “So I think this is the point. When you have such a player and you want to win every match, you play him, but you just can’t do it.

“I believe that Gareth [Southgate] and Steve [Holland, the England assistant manager] care about the players and I don’t think they want to be connected with something that can be a consequence of this week and the three international matches.

“I don’t speak with Gareth or Steve. I just let them do the job in the way they want to do it with the freedom they deserve. I just leave with them the respect they will have for their players. Hopefully Gareth and Steve understand what happened with Tottenham this week and they respect the players. That’s just my hope but I’m not going to call or ask or beg.”

Ryan Giggs, the Wales manager, has not called up Gareth Bale as the Spurs winger enters the final phase of his recovery from a knee injury. Mourinho said that Bale was targeting a return in the West Ham game after the international break. He also reported that Son Heung-min, who is out with a hamstring problem, had an outside chance of featuring at United.

Spurs are continuing to chase a new centre-half and centre-forward. On the latter, Mourinho said he was optimistic. “More than that, the feeling I like is that we are trying everything to do it,” he added.