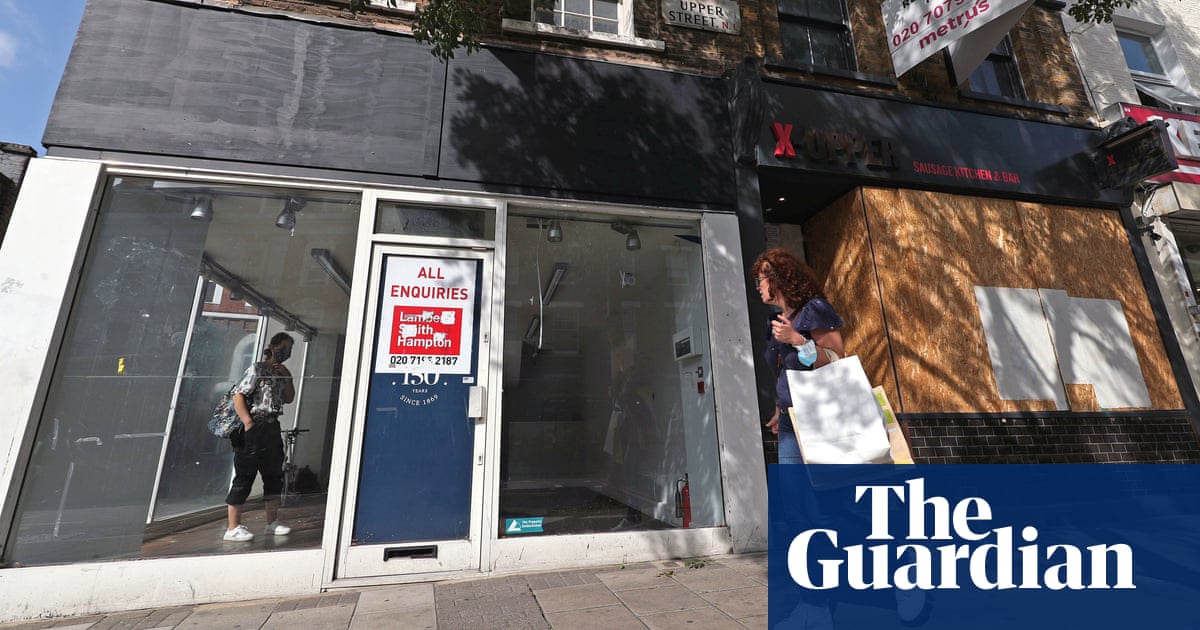 More than a third of UK employers plan to make staff redundant over the next three months, according to research warning of a cascade of job losses caused by the coronavirus pandemic.

With a month to go until the end of the government furlough scheme on 31 October, 37% of more than 2,000 managers polled by YouGov said they were likely to make staff redundant by the end of the year. About 60% of the managers surveyed from larger businesses with more than 250 employees said their companies planned to make redundancies this year.

The Labour party and the TUC said the findings showed that the government needed to do more to protect UK workers’ jobs.

Economists and politicians from across the political spectrum are increasingly concerned over the prospects for British workers as the government prepares to replace its coronavirus job retention scheme with a less generous “job support scheme” and the second wave of the coronavirus pandemic hits during the winter.

The poll commissioned by Acas, the public body that resolves employment disputes, follows a slew of job cut announcements from some of the UK’s best-known companies. The oil company Royal Dutch Shell and TSB bank on Thursday announced almost 10,000 job losses between them.

They joined a host of other large companies that have announced thousands of UK cuts, including airlines such as British Airways and EasyJet, retailers including Marks & Spencer and John Lewis, manufacturers such as Airbus and Rolls-Royce, and contractors to Jaguar Land Rover.

The chancellor, Rishi Sunak, last week announced that the government would pay up to 22% of the wages of workers on reduced hours under a new job support scheme, with the employer supplying 55% of the staff member’s pay if they work a third of their normal hours. However, the scheme has faced criticism. The Resolution Foundation thinktank noted “avoidable design flaws” that mean that under the scheme it is more expensive to retain two workers on a part-time basis, rather than retaining one of the workers full time and making the other redundant.

Sunak said it was not sustainable to continue to support jobs as much as in the early months of the furlough scheme, when the government paid as much as 80% of the salaries of workers who had been temporarily laid off. The UK unemployment rate stands at 4.1% but the Bank of England has forecast that it could reach 7.5% by the year end, while last week several economists warned that Sunak’s new scheme would do little to prevent more than 1 million workers losing their jobs.

Anneliese Dodds, the shadow chancellor, said Sunak was “forcing small businesses to choose which staff to keep and which to fire”. She has also criticised his focus on supporting “only viable jobs” at a time when many companies are restricted in the number of workers they can bring back.

“These are viable businesses that just need support to cope with the restrictions the government has imposed on them,” Dodds said. “They pinned their hopes on the chancellor to deliver, but he’s pulling up the drawbridge at the worst possible time.

“This wasn’t by accident – it was by design. This sink or swim mentality is a throwback to the worst days of Thatcher, and just like in the 1980s, people on the lowest incomes will pay the highest price.”

Frances O’Grady, the general secretary of the TUC, the umbrella body for UK trade unions, stood beside Sunak at Downing Street last week as he announced the new scheme. However, in response to the survey findings, she said that the scheme “cannot be a standalone intervention” and called for industry-specific support, alongside investment in new jobs in green infrastructure.

“Ministers must urgently work with unions and business on a wider support package for the hardest hit parts of the economy,” she said. “Industries like aviation, retail, the arts and hospitality need targeted help now.”

The spokesman said: “Our support for business has reached, and continues to reach, millions of firms. The job support scheme is designed to protect jobs in businesses facing lower demand over the winter due to Covid, and is just one form of support on offer to employers during this difficult period.

“We’re also continuing to innovate in supporting incomes and employment through our plan for jobs announced in July, helping employees get back to work through a £1,000 retention bonus and creating new roles for young people with our kickstart scheme.”