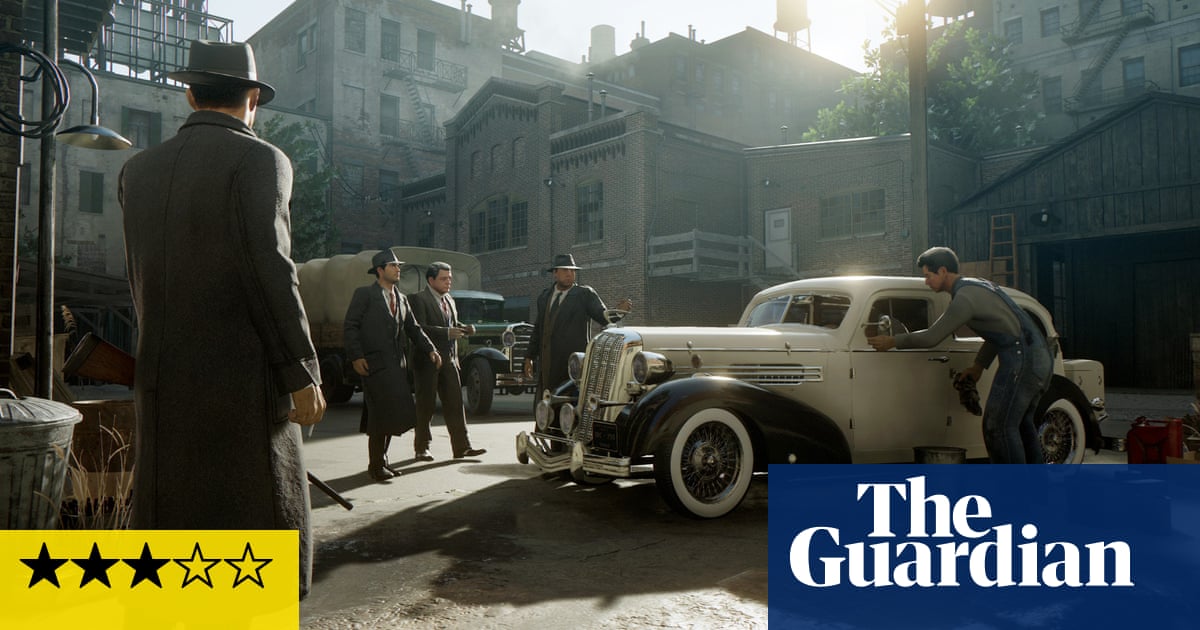 In the wake of Grand Theft Auto III’s success in the early noughties, many action games were happy to follow Rockstar’s blueprint and build a big city map, where the player could roam freely and do heinous things to passers-by. Illusion Softworks (now 2K) saw things differently: if the hardware of the day was capable of realising enormous 3D spaces, why not treat a virtual city as a grand movie set, rather than a sociopath’s playpen?

So they did. The original Mafia: City of Lost Heaven, in 2002, was a third-person action game with a unique filmic quality, not just because it referenced a different Scorsese movie with every breath, but also because it dared to tell a linear story within a city map that was as big as anyone had ever seen. Eighteen years on, it’s been rebuilt from the ground up with modern technology, and it’s still that cinematic quality that shines brightest. What’s surprising is that in its effort to update every facet of a classic game, it buffs out some of the rougher elements that were essential to its charm.

For instance, let’s look at the protagonist, Tommy Angelo. Angelo is – and stop me if you’ve heard this one – a poor immigrant whose chance encounter with the Salieri crime family sends him on an escalating journey of violent acts and vendettas. Originally a wide-eyed type in the Ray Liotta mould, his remastered face has the emotive quality of a maris piper, and his recast voice actor sounds much too grizzled for his blue-collar-boy-turned-mobster arc. And let’s not talk about one prominent cop character’s “‘Irish” accent.

The modernisation is better when the cutscenes give way to action. Mafia: Definitive Edition feels much more refined to control than the 2002 original, from the vehicle physics to the fire fights. Modern lighting effects, enormous draw distances and believable civilian activity breathe new life into these old streets. Aside from infrequent visual details (the cops have a real thing for bonnet-surfing), it is a faithful and lustrous reconstruction. Tommy’s rise from hardworking cab driver to Cosa Nostra somebody is achieved largely by driving very quickly from place to place and shooting suited men from behind cover, but thanks to some keenly drawn characters it’s anything but prosaic.

Yes, the original voiceover cast is missed, but the dynamic between Tommy, colleagues Paulie and Sam, and their boss Don Salieri, makes every fight feel like it means something. Each of the 20 missions is memorable and distinct, largely thanks to the game’s eye for scenery and stage-setting. From sprinting through the washing lines in a 1930s slum alleyway to shootouts at the library, pages tossed about like confetti, the missions within the city of Lost Heaven feature some fantastic variation.

There’s something endearing about the game’s unashamed desire to ape the movies it so obviously adores. In 2002, it was enough for a game just to reference the movies you liked, and even now Mafia’s enthusiasm for The Godfather, Mean Streets and Goodfellas is infectious. This Definitive Edition might have been wiser to double down on the original, slightly hokey script and performances, rather than strive for something more sophisticated in the rewrite.