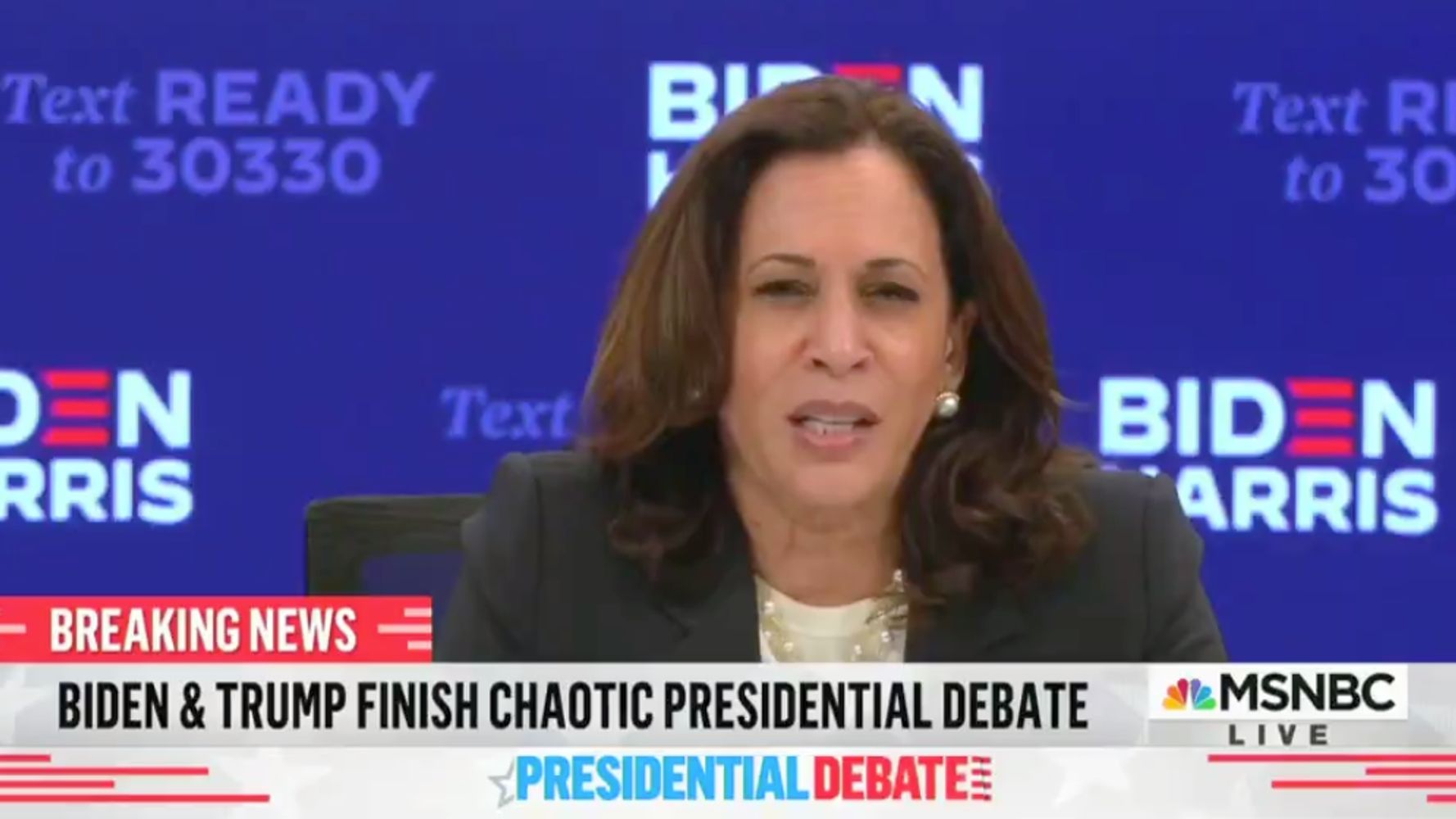 In an interview after the debate, Harris told viewers of CBS that she believes Trump “really denigrated the office of the president of the United States as much as he has done over the course of the last four years.”

The senator then went on to tell MSNBC viewers that Trump’s rhetoric was “a dog whistle through a bullhorn.”

“Donald Trump is not pretending to be anything other than what he is: someone who will not condemn white supremacists. Someone who cannot say the phrase ‘Black lives matter.’ Someone who is getting rid of training of federal employees around the issue of race and the need to be aware of implicit bias,” she told Brian Williams. “It’s not a dog whistle. Literally he’s talking through a bullhorn.”

When moderator Chris Wallace asked Trump if he would condemn white supremacists, the president instead said that Proud Boys should “stand by” and that “almost everything I see is from the left wing, not from the right wing.”

“Donald Trump is not pretending to be anything other than what he is: someone who will not condemn white supremacists. Someone who cannot say the phrase ‘Black lives matter.'” —@KamalaHarris #Debates2020 pic.twitter.com/X9otkxRDFe

In an interview on CNN, Harris told Jake Tapper that Biden had shown “maturity” during three major crises ― a public health crisis, an economic crisis and a climate crisis — and called Trump’s repeated interruptions of both Biden and Wallace “bullying” behavior.

“I do believe the American people benefitted from a clear contrast of what they’ve got right now, but also what they can get,” she said.

When Tapper asked Harris whether Biden would participate in the upcoming debates, Harris said: “Joe Biden is never going to refuse to talk to the American people.”