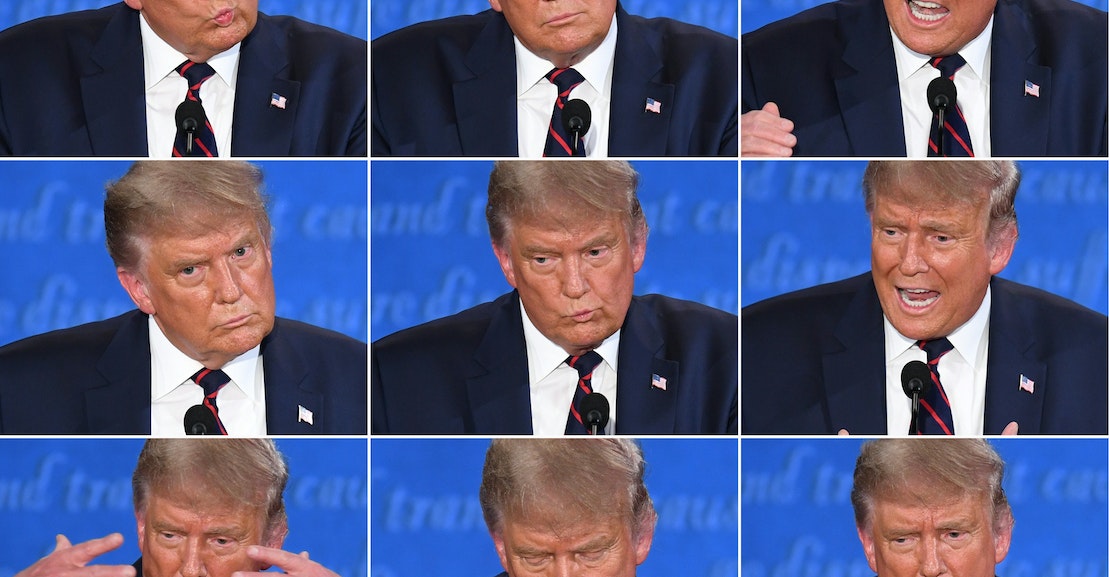 No one could have seen it coming: A debate with Donald Trump was a complete disaster.

The first showdown between President Trump and former vice president Joe Biden set a breathtaking new low for an already tired tradition, making previous examples of poorly managed debates look like a WASP wives book group passing around a plate of sugar cookies. Biden came in with a healthy supply of “get a load of this idiot!” grins locked and loaded, but these quickly gave way to genuine frustration and dismay at Trump’s repeated interruptions and shouting. Moderator Chris Wallace’s efforts to regain control of the proceedings were reasonably valiant, but futile. As it turned out, there was no point in Biden trying to debate this man. So why did he?

This debate was the product of a democracy that’s gone to seed, replete with examples of our country’s politics finally beginning to resemble the sort of cursed, fascist Jerry Springer Show that it was always meant to be. You could point to Donald Trump claiming that he “doesn’t know” Beau Biden, Joe’s son, who tragically died of brain cancer in 2015. You could cite Trump’s refusal to condemn white supremacists, and his decision to instead command the Proud Boys to “stand back and stand by”—a message that has reportedly been received by the Proud Boys online with great glee. You could note that, once again, Donald Trump failed to promise he would honor the results of the election. Instead, he encouraged his fans to go and “observe” polling locations, in a transparent attempt to dragoon his supporters into plans to intimidate Democratic voters on Election Day. (I wonder if those last two examples are perhaps connected?)

For all the misery experienced by those who sat through the entire event, it is hard to discern what part, if any, really mattered. If the extant polling numbers are any guide, Trump came into the evening desperately needing to add voters to his current base of support. It is inconceivable that any significant number of Americans might now change their planned vote based on what happened during Tuesday’s debate. Anyone who would hoot and holler at Trump’s hyper-aggressive, faux-macho shouting, or his half-grasped interjections of lore from the Fox News Extended Universe (Burisma! $3.5 million!) is almost certainly already an avid Trump supporter. Anyone who sympathized with Biden’s impatience or saw Trump’s aggression as unhinged and unbefitting the president is likely already a Biden voter.

It is, incredibly, not true that there are zero undecided voters in America, but there are substantially fewer at this point in the election season, compared to the last presidential election. It’s anybody’s guess whether or not any of these tuned in to tonight’s debate, let alone if they saw something amid the frenzy that might change their mind; even the most seasoned political scientist would be hard pressed to identify that catalysing moment. The post-debate coverage that followed was of a shell-shocked tone; more “what the hell just happened to us?” than the usual “winners and losers” pablum.