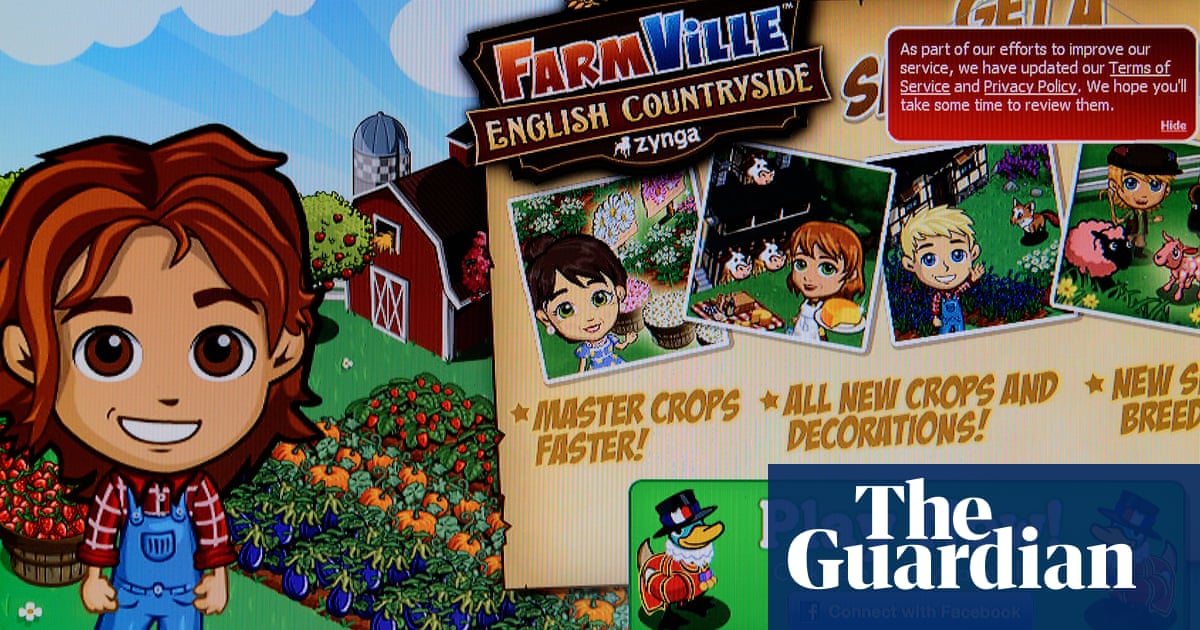 Is that somewhere in the midwest of the United States? If you want it to be.

How long has it been around? Eleven years.

And how is FarmVille doing? Not well. In fact, it’s about to be closed down.

That’s terrible. What’s the reason? Covid, the recession, Trump, the rise of veganism? Declining popularity and the fact that Flash games will no longer be supported on Facebook from the end of the year.

I’m not with you. I gather that. FarmVille is an award-winning game made by US-based developer Zynga; a digital simulation of a farming community, a computerised Ambridge. At one point, it was the most popular game on Facebook with more than 80 million players. But times change.

What did you have to do to play the game? Invest a lot of time; devote yourself to ploughing, planting and harvesting; earn farm coins to buy equipment and seeds. But above all badger your Facebook friends to come and help out on the farm – a quick way to grow it.

That’s annoying. Intensely. All those Facebook friends quickly got sick of requests to come and help with the lambing, milking and harvesting.

Was there no other way to grow? This being the US, raw capitalism also worked. Instead of farm coins you could use farm cash – real money – to buy stuff as a shortcut to commercial success. Clever, eh?

Who played it? That was the beauty of the game. It didn’t appeal to spotty teenagers in smelly bedrooms. They didn’t think it was much of a game at all, since no one was annihilated by androids. Even the turkeys were made ready for Thanksgiving by gently plucking their feathers rather than violence. This was a dreamworld, and it appealed to mums who could play the game at home with their children.

How sweet. Because of its unusual demographic, it became huge. Zynga partnered with big brands to promote merchandise and Lady Gaga even had her own farm, GagaVille, where players could hear an exclusive set of songs.

Sounds like fun, actually. Some games aficionados didn’t think much of it. They said that because all you needed to do was invest time in menial labouring tasks it was both tedious and, for some players, potentially addictive.

Don’t say: “You do realise you can still play later iterations of the game on your mobile?”