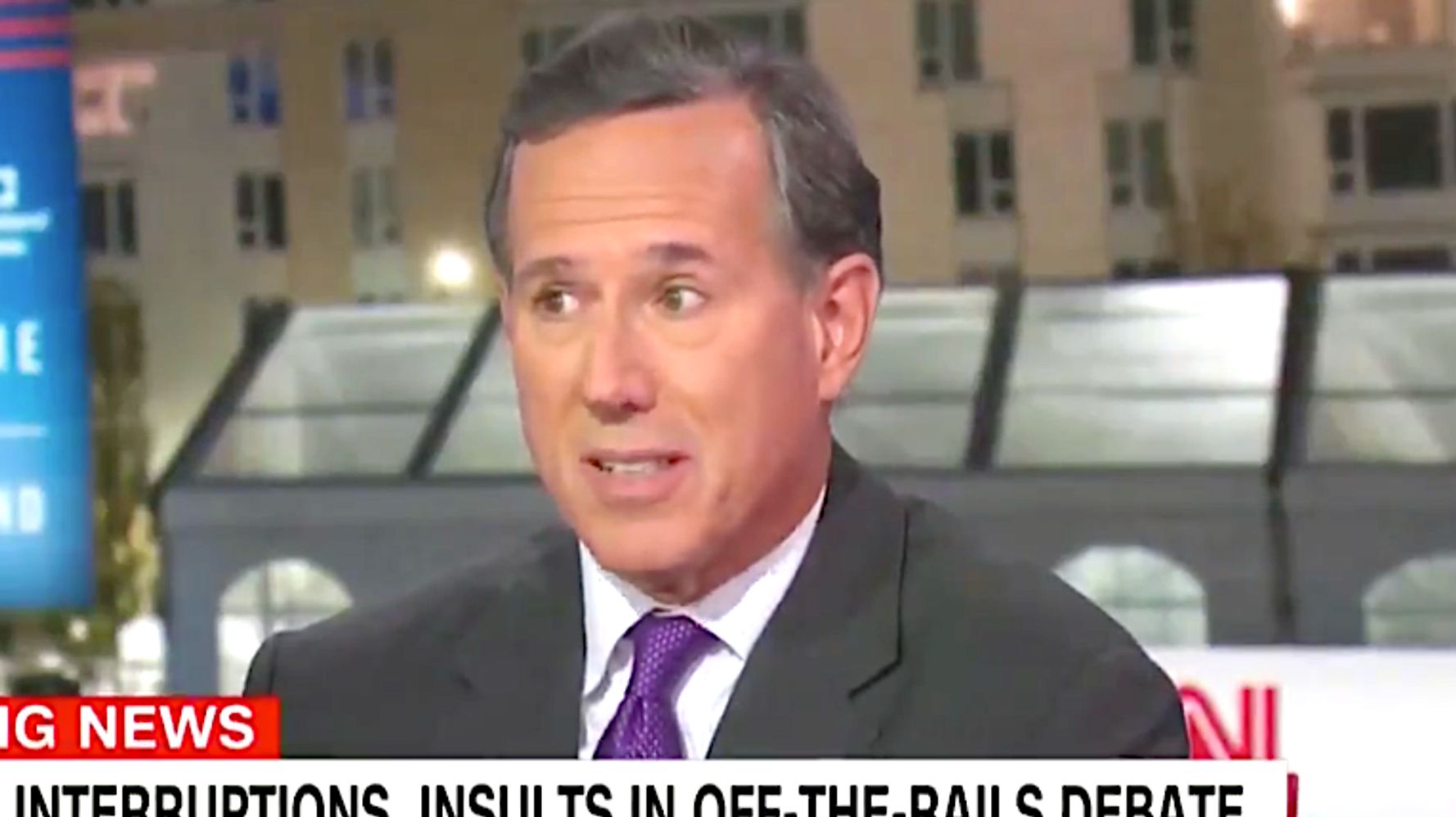 Former Pennsylvania GOP Sen. Rick Santorum, a frequent defender of President Donald Trump, admitted Tuesday that Trump refused to condemn white supremacists during the first presidential debate because he doesn’t like to “say something bad about people who support him.” (Watch the clip below.)

The conservative analyst spoke on CNN after the candidates’ showdown, during which moderator Chris Wallace and Democratic challenger Joe Biden both asked Trump to condemn white supremacists and right-wing militia groups.

Trump managed to avoid giving any critical response, even when Biden asked him to specifically denounce the Proud Boys, a violent neo-fascist street gang.

“Proud Boys, stand back and stand by,” the president said, which the group interpreted as a call to readiness.

He blamed left-wing groups for the violence at recent protests instead.

On CNN, Santorum said Democrats owed a lot to Wallace for querying Trump directly about white supremacists, because Wallace “was asking the president to do something that he knows the president doesn’t like to do.”

“Which is?” CNN’s Gloria Borger asked.

“Which is, say something bad about people who support him,” Santorum said.

On Wednesday morning, Santorum doubled down on his comments, saying on CNN that Trump had “made a huge mistake” by failing to denounce white supremacist groups. “It’s typical of the president when he gets backed into a corner, he doesn’t like to be forced to say something.”