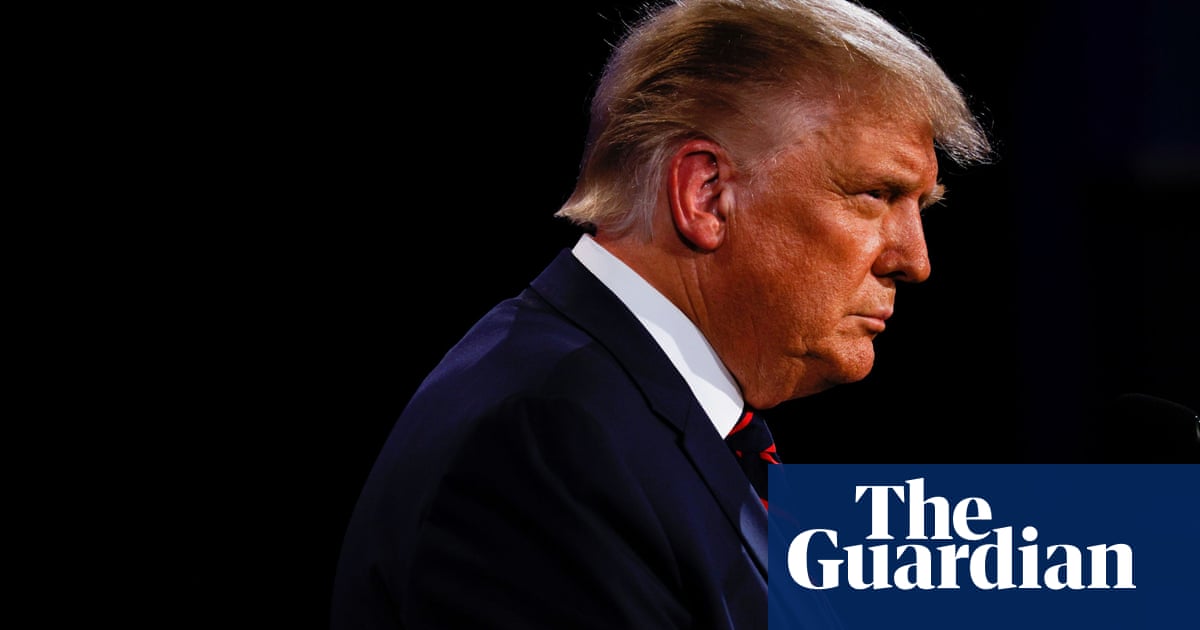 Donald Trump declined to condemn white supremacists and violent rightwing groups during a contentious first presidential debate in which the issue of anti-racism protests and civic unrest was one of the topics of discussion.

Asked repeatedly by the moderator, Chris Wallace, to condemn the actions of white supremacists and other groups, such as militias or far-right organizations, Trump ignored the question and sought to instead criticize the actions of leftwing groups and activists.

The line of questioning eventually prompted Trump to mention the Proud Boys, a far-right group often associated with violent protests, especially in Portland, Oregon. Trump appeared to address the group by saying: “Proud Boys, stand back and stand by! But I’ll tell you what, somebody’s got to do something about antifa and the left.”

Antifa is a broad term for ideologically aligned anti-fascist groups but it is not a separate organization in any sense.

About 1,000 supporters of the Proud Boys, some armed, rallied in Portland, Oregon, last weekend in a largely peaceful event that had unnerved many observers fearful of violence. The Proud Boys, which the Southern Poverty Law Center calls a hate group, said they were hosting a free speech event to support Trump and the police.

Trump has repeatedly dog-whistled racist groups and expressed support for protesters seeking to keep Confederate monuments up on America’s streets. In the wake of violent far-right and Neo-Nazi protests in Charlottesville in 2017 – in which one counter-protester was killed – Trump said there “were very fine people, on both sides”.

Some observers said that Trump’s remarks prompted glee among Proud Boys’ members in their social media networks. “Proud Boys in social media groups are going wild about the ‘Stand back and stand by’ comment. They are basically seeing it as acknowledgment and a call to arms,” said the NBC reporter Ezra Kaplan.

The group also posted a picture of their logo with Trump’s “stand back and stand by” comment to social media.

Trump’s refusal to condemn the group prompted outrage on the left.

After the debate, Biden, who has said Trump’s Charlottesville comments spurred him to run for the presidency, tweeted:

“Donald Trump is a white supremacist,” wrote New York representative Alexandria Ocasio-Cortez on Twitter. “People have been warning about this for a long time. They were ridiculed, called hyperbolic & radical – not bc they were wrong, but bc others couldn’t accept that our country elected a supremacist as President.”

“This is fascism at our door.”

Rashida Tlaib, Democratic congresswoman from Michigan, echoed: “An important reminder that while racism is being debated, Donald Trump, a white supremacist, just told them to stand by. This again shows he is dangerous.”

And Belén Sisa, the former Latino press secretary for Bernie Sanders, said, “When someone shows you who they really are believe them.”