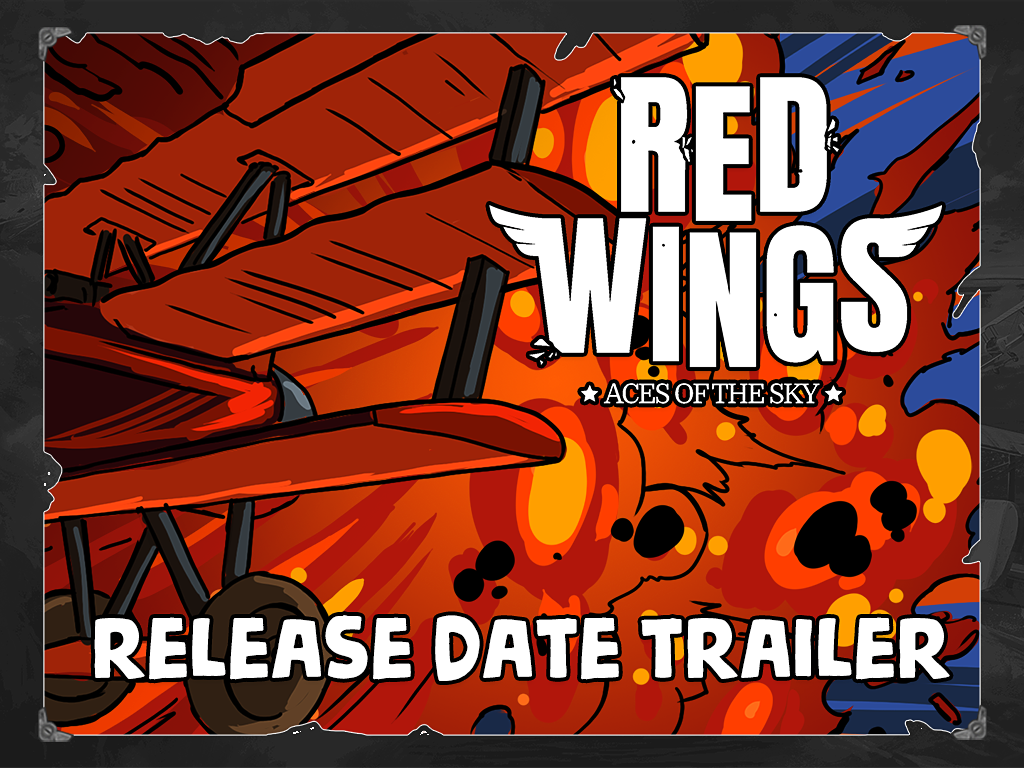 We’re flying straight at you with amazing news—Red Wings: Aces of the Sky has targeted a release date! Get your aviator hats and goggles ready for sky-high thrills on October 13.

Watch the trailer to see what the game has to offer, such as gameplay, maps, and plane skins.

What The Critics Say

Red Wings: Aces of the Sky first premiered on Nintendo Switch and was very well received by critics who emphasized the game’s addictive arcade-style gameplay, great visuals, and immersive audio. Here are some of the reviews:

Red Wings: Aces of the Sky Review
Overall, Red Wings: Aces of the Sky is another great example of an arcade-styled, combat flight simulation based around the Great War. All of its components, from presentations to controls and graphical and audio qualities, combine to produce an infinitely satisfying experience for fans of its genre.
– Bonus Stage

Red Wings: Aces of the Sky Review – Fly like an eagle
I love everything about the setting of Red Wings. All In! Games does a fantastic job of encapsulating the player in the old-timey, war-ridden era that its subject matter is based on, using vivid, warm colors and period-piece music.
– COGconnected

A Demo Will Hit Steam Soon!

In addition, a demo will be available at the Steam Game Festival, from October 7-13. The Red Baron shot his first enemy plane down in September 1915—you can take down your first enemy in October 2020 with four levels of the German campaign, in three different planes! Don’t worry about the difficulty, the demo will cover you with a tutorial.

Stay up to date: