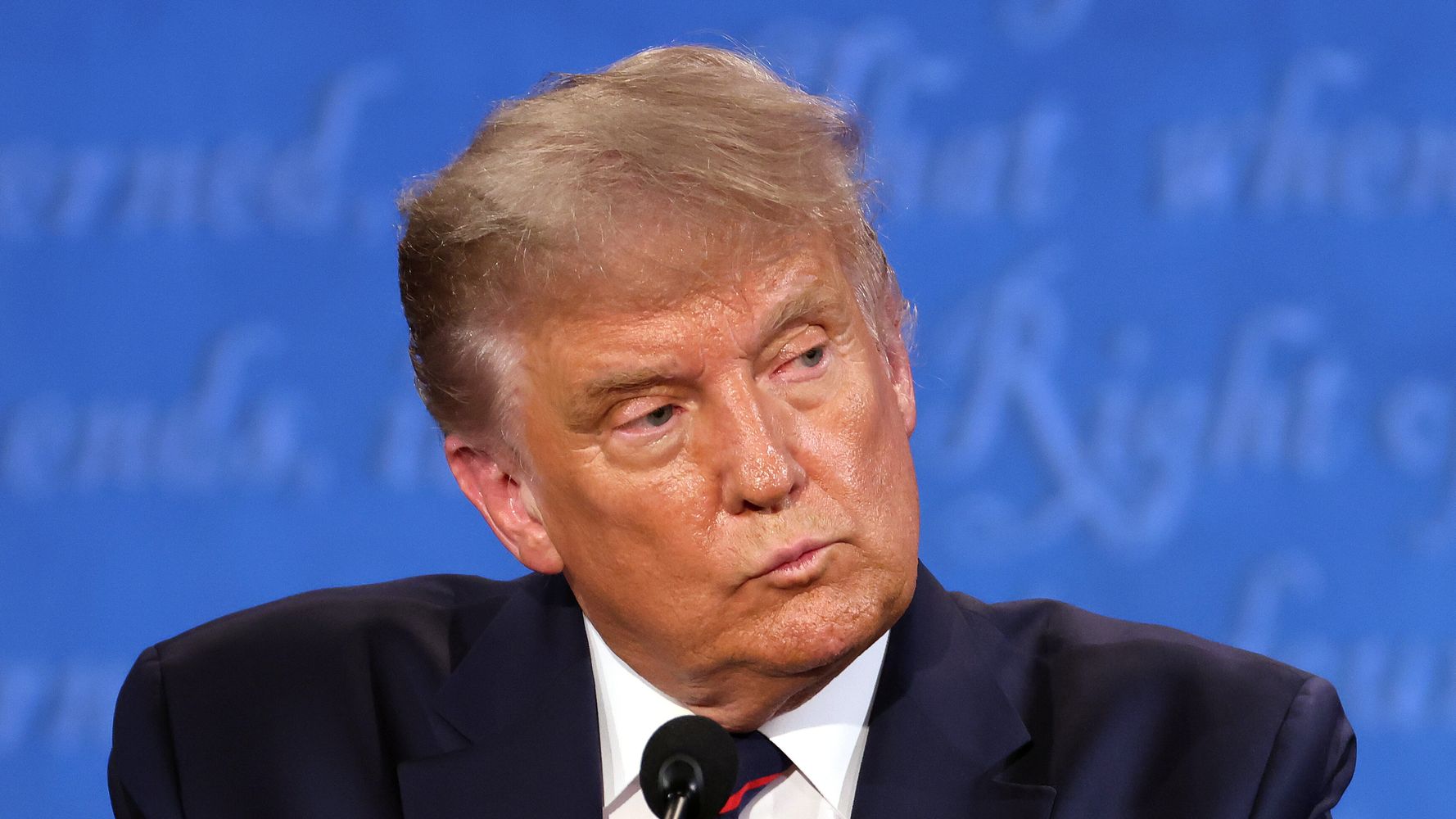 Democratic presidential nominee Joe Biden eviscerated President Donald Trump during Tuesday’s debate for his botched response to the coronavirus pandemic, accusing Trump of panicking in the face of a historic public health crisis and hiding the threat from the American people.

Biden rattled through the devastating effects of COVID-19 in the U.S.: more than 200,000 total deaths, 40,000 new cases per day and 750 to 1,000 daily deaths. The Democratic candidate noted that when Trump was presented with the dire statistics in an August interview with Axios, he dismissed them with “It is what it is.”

“It is what it is because you are who you are. That’s why it is,” Biden said during the first of three scheduled presidential debates. “The president has no plan.”

Trump has consistently downplayed the virus publicly, casting doubts on his own public health experts and flouting public safety rules by holding mass campaign rallies as the coronavirus spread throughout the nation. In his new book, “Rage,” journalist Bob Woodward revealed that Trump told him COVID-19 was “deadly stuff” as he was publicly saying it was no more dangerous than the flu.

“He knew all the way back in February how serious this crisis was,” Biden said. “He knew it was a deadly disease. What did he do? He’s on tape acknowledging he knew it. He said he didn’t tell us or give people a warning because he didn’t want to panic the American people. You don’t panic. He panicked.”

Biden also slammed Trump’s economic policies during the coronavirus crisis. “You can’t fix the economy until you fix the COVID crisis,” he said. “And he has no intention of doing anything about making it better for you all at home in terms of your health and your safety.”

Biden shot back when Trump brought up a common campaign talking point on the suburbs. He said that Biden would create safety concerns in suburban communities because the former vice president vowed to reinstate low-income housing if elected. “What really is a threat to the suburbs and the safety is his failure to deal with COVID,” Biden said.

Trump defended his response to the coronavirus crisis by blaming the death of 200,000 Americans on China and hurling insults at Biden.

“Don’t ever use the word ‘smart’ with me,” Trump said at one point. “There’s nothing smart about you, Joe.” Trump added that Biden could “never have done the job we did” and claimed “millions of people” would have died if the decision-making had been left to him.

The president also refuted any notion that his campaign rallies, some of which were held inside with large crowds, contributed to the spread of the coronavirus. “So far we have had no problem whatsoever,” he said. “We have tremendous crowds as you see, and literally on 24 hours notice.”

You can’t fix the economy until you fix the COVID crisis. And he has no intention of doing anything about making it better for you all at home in terms of your health and your safety.
Joe Biden

Trump’s rally in Tulsa, Oklahoma, which attracted more than 6,000 supporters and was held indoors, was “likely” the source of a dramatic surge in COVID-19 cases in the area in late June, the Tulsa City-County Health Department said. A reporter, six of Trump’s campaign staffers and two members of the Secret Service tested positive for COVID-19 after attending the rally. Herman Cain, the tea party activist who ran for president in 2012, tested positive for COVID-19 two weeks after the rally, from where he tweeted a photo of himself without a mask, and died a month later. The White House denied that Cain contracted the virus at Trump’s rally.

When the topic of mask-wearing came up, Trump pulled one out of his jacket pocket and said he wears a mask “when needed” but then mocked Biden for wearing a mask too much.

“He could be speaking 200 feet away and he shows up with the biggest mask I’ve ever seen,” Trump said.

The president has consistently resisted the idea that masks help curb the spread of COVID-19, and didn’t wear one publicly until mid-July, after more than 130,000 Americans had died of the virus.

Biden pushed back on the idea that mask-wearing isn’t effective in combating COVID-19, saying that “masks make a big difference” and thousands of lives would have been saved if Trump had implemented mandatory mask-wearing early in the pandemic.

Trump responded that infectious disease expert Dr. Anthony Fauci said masks were not effective in March when the pandemic first hit the U.S. Fauci, along with other experts, were slow to recommend universal mask-wearing because little was known at that time about how the coronavirus spread. By April, many experts, including Fauci, urged the public to wear masks after research showed they could curb the spread of the virus.

When Trump promised, as he’d done repeatedly in recent weeks, that a vaccine is right around the corner, Biden again pointed at the president’s record of downplaying and dismissing COVID-19 science.

“This is the same man that told you by Easter this would be gone away, by the warm weather it would be gone. Miraculous, like a miracle,” Biden said, referencing Trump’s past statements. “And, by the way, maybe you can inject some bleach in your arm and that would take care of it.”