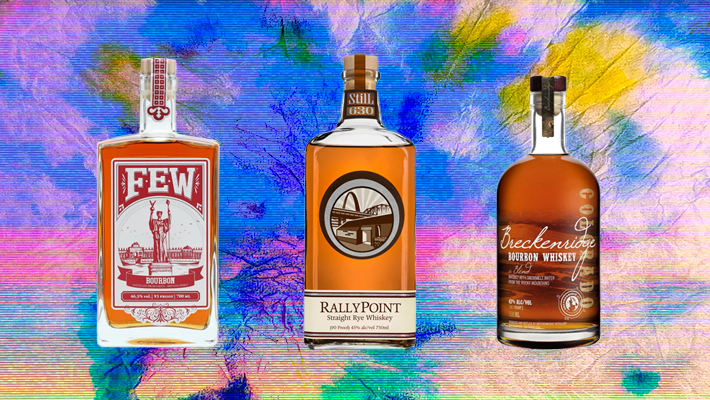 There’s a certain subset of whisk(e)y fans who put a lot of emphasis on how long a spirit has aged. That’s obvious, based on the prices of long-matured bourbons, Scotches, and Japanese whiskies. But just because a 12, 15, or 18-year-old whiskey is (often but not always) worth the price, doesn’t mean you should completely discount younger expressions. Especially in this current wave of the whiskey boom.

A little context: When we call a bottle a “young whiskey,” we mean a whiskey aged for less than 4-5 years. For a fair number of distillers, this number represents the least amount of time they’ll rest their expressions — unless they’re making white lightning. But there’s an increasing number of outfits creating really well-rounded whiskeys these days without a ton of time spent in the barrel.

Zach Wilks, bartender at Anthony’s Chophouse in Carmel, Indiana, makes a good case for young whiskeys. “I think the ‘young whiskey’ trend really makes a distiller look at their mash bill, opt for higher quality grains, and also it makes a producer think more about getting the most out of the time that whiskey sits in a barrel,” he says. “It’s also given small local distilleries their time to shine.”

To find the best young whiskeys, we decided to ask the professionals. So we reached out to a few of our favorite bartenders and asked them to pick the young whiskeys that more drinkers should know about.

I recommend Sagamore Spirit Calvados Finish. It’s a mix of 4-5-year-old ryes, aged for a year in Calvados barrels. The result is a spicy rye that finishes mellow and sweet. Think apple pie. Try it for dessert.

If I’m looking for a young whiskey, I’m going to reach for Breckenridge Bourbon Whiskey.

I tried this beauty for the first time on a crisp spring day at the base of Pikes Peak in Colorado and it hit all the right notes. Its aromas of candied orange and butterscotch fill the glass while the warming notes of vanilla, brown sugar, and a slightly peppery finish dance across the palate.

Whether you’re high up on a mountainside or relaxing at your favorite watering hole this is a whiskey that is sure to delight.

Hudson Baby Bourbon is made with an innovative aging practice that speeds up the aging process without compromising the quality of the juice.

I’ve got to say my favorite young whiskey comes from just a few blocks from where I live in downtown Indianapolis — that’s Old Hamer Cask Strength from West Fork Whiskey. It’s smooth, rich, and works just as well on its own as it does in your favorite cocktails.

Ironically, one of the best tasting young whiskies I’ve had is Old 49 California Whiskey, by Nat Kidder. The other baby brand I love is family-owned KIN Whiskey, because they love what they do and it shows, all the way down to brand rep (and Los Angeles scene champion) Taylor Matthew.

Wild Turkey Rare Breed Rye Barrel Proof. This rye whiskey is a magical elixir that makes you want to play the banjo while enjoying your whiskey on the rocks. It’s perfect for watching the sunset by the beach, reading your favorite book, or catching up with friends at a restaurant.

630’s Rally Point Rye. It comes off as young and makes no apologies. The nose is like fresh sawdust and spice. For a “young” whiskey, the body is magnificent — seducing your palate with soft vegetal tones underneath all that vanilla and cinnamon!

Great over a single cube, but incredibly versatile with cocktails.

Old Overholt 80 proof is only three-years-old but drinks way beyond its age. It’s full of spicy rye flavor that pairs well with sweet caramel, cinnamon, and candied orange peel.

There’s a reason FEW consistently makes lists of best small distilleries. One of its best offerings is its bourbon. While it’s aged for less than 4 years, this high-corn bourbon is full of caramel sweetness and rich, smooth vanilla.