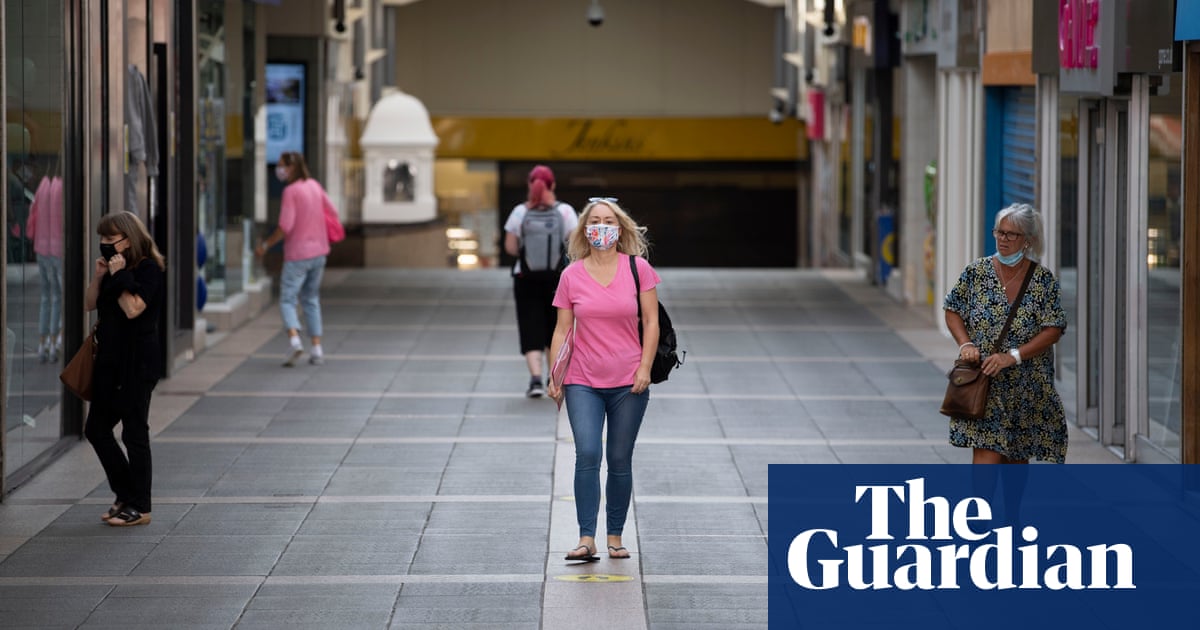 Britain’s rapid recovery from its Covid-19 slump is being put at risk by undue pessimism and a “Chicken Licken” fear that the sky is about to fall in, the chief economist of the Bank of England has said.

Andy Haldane, one of the nine members of Threadneedle Street’s monetary policy committee, used the example of the cartoon character to warn of a self-fulfilling prophecy in which excessive gloom led to weaker growth.

The Bank official blamed the media for emphasising bad news and downplaying evidence that the UK had bounced back quickly from the deep plunge in output suffered in March and April.

“Encouraging news about the present needs not to be drowned out by fears for the future. Now is not the time for the economics of Chicken Licken,” Haldane said during a speech in Cheshire.

Speaking on a day when the Office for National Statistics said the contraction on the economy in the second quarter was slightly smaller, at 19.8%, than previously feared, Haldane said consumer spending had recovered but consumer confidence had not.

“Some degree of caution is desirable – in how we socialise, shop and work – to prevent the spread of this awful disease. But we need at the same time to prevent healthy caution morphing into fear and fatalism,” he said.

“Pessimism can be as contagious as the disease – and as damaging to our economic fortunes. Avoiding economic anxiety is crucial to support the ongoing recovery. This has important implications for how businesses and policymakers act and communicate.”

With the government protecting incomes through its furlough scheme, consumers had money to spend when lockdown restrictions were gradually eased in the late spring and summer.

Haldane said consumer behaviour had been most surprising, with spending up by 2% a week on average since May, and had fully recovered more than a year earlier than the Bank expected as recently as August.

Haldane said the Bank now believed output would be 3-4% below its pre-crisis level by the end of the third quarter but that recovering the final few percentage points was always going to be the hardest.

“Adding to that difficulty, storm clouds have recently begun regathering over the recovery. The three darkest of these clouds come from the rising number of Covid infections and the accompanying retightening of some lockdown restrictions across the UK; the threat from further job losses, including from the closure of the coronavirus job retention (furlough) scheme; and the risks from the transition to the UK’s new trading arrangements with the EU at year-end.”

Describing these three risks as the “unholy trinity”, Haldane said all represented clear and immediate dangers to the UK’s recovery.

“At the same time, these risks need to be put in proportion and in context. While recognising their gravity, my concern is that perceptions of these risks among household and businesses are, at present, exaggerated. By creating excess caution, this has the potential to restrain unnecessarily the recovery.”

Other members of the MPC have a less rosy view of the economy’s prospects than the Bank’s chief economist, but he said the prevailing popular economic narrative was unduly negative.

“It has emphasised recession and risk over recovery and resilience. It has resulted in good economic news, of which there has been plenty, being discounted too readily, and fearfulness about the future being accentuated.

“My concern at present is that good news on the economy is being crowded out by fears about the future. This is human nature at times of stress. But it can also make for an overly pessimistic popular narrative, which fosters fear, fatalism and excess caution. This is unhealthy in itself but, if left unaddressed, also risks becoming self-fulfilling.”

Referencing the comments made by Franklin D Roosevelt in his presidential inauguration speech in 1933, Haldane said: “I have a Rooseveltian fear of fear itself.”