While the controversial Mercedes-Maybach Ultimate Luxury has remained a concept, another vehicle will follow in its footsteps as a mix between a luxury sedan and an SUV: the Aznom Palladium.

Developed by Aznom Automotive and the Camal Studio based in Turin, it was teased for the first time this summer. It will premiere at the end of October at the Milano Monza Open Air Motor Show (Oct. 29 – Nov. 2) in Italy and is described as being the world’s first “hyper-limousine”.

Read Also: Aznom Atulux Is A $263k Coachbuilt RAM That Doesn’t Know If It’s A Truck, SUV Or Sedan 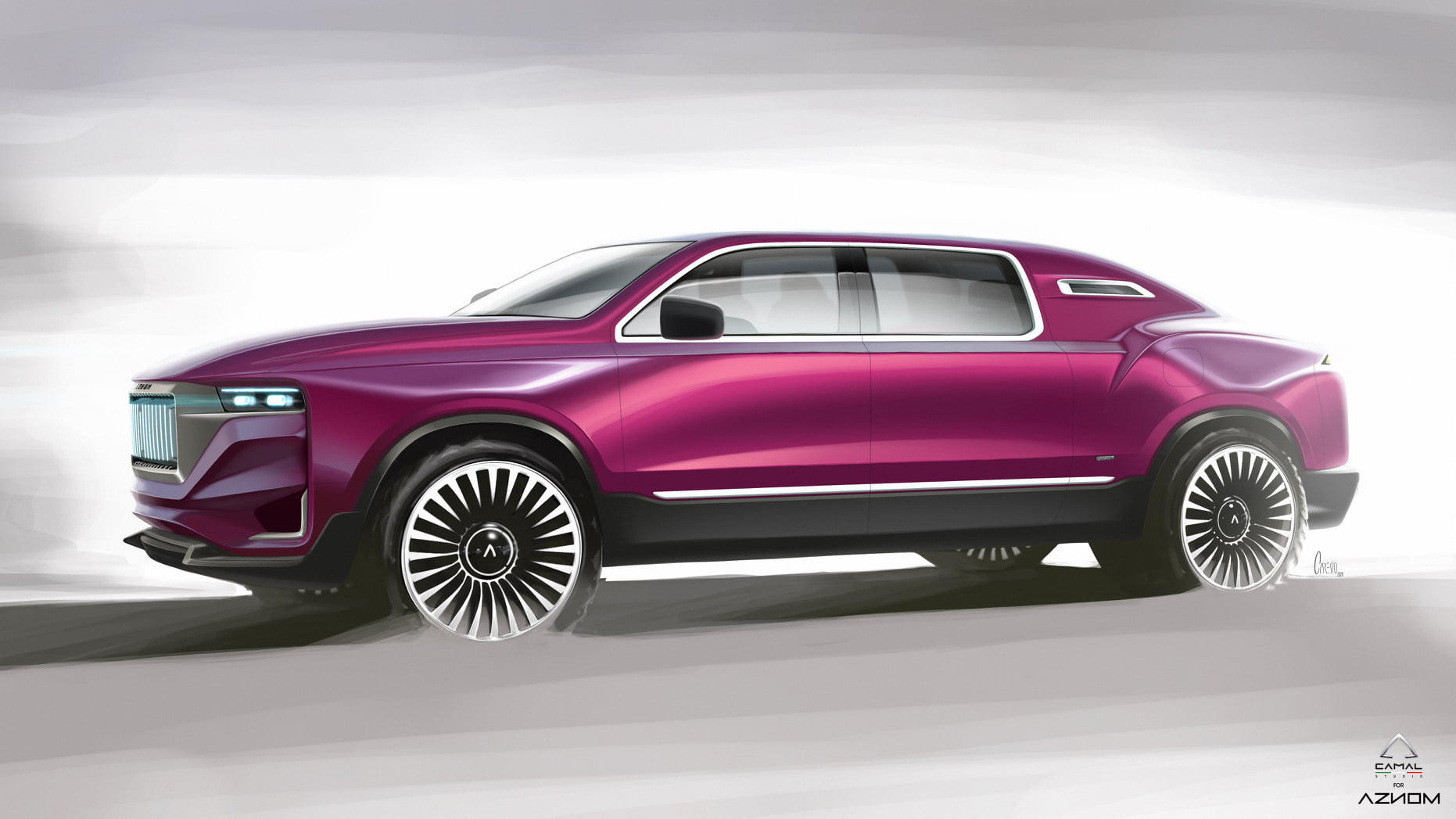 Named after Andrea Palladio, an architect who lived in the 1500s in the Venetian Republic, the Palladium was inspired “by the great sedans used by heads of state and by the opulence of luxury automobiles from the 1930s, with their voluminous dimensions and all-terrain capacity”.

Likely based on an existing car, like some of Aznom’s previous projects, it is 6 meters (236 in) long and almost 2 meters (79 in) tall. It sports a Rolls-Royce-like front end, defined by a squared grille with vertical slats and slim headlights, wide hips and two light strips at the back, alongside a big diffuser with double rectangular exhaust pipes.

It also has plastic cladding on the lower parts of the body and a very generous ground clearance that should help it if it ever ventures off the beaten track. Power is supplied by a twin-turbo engine producing 670 HP (680 PS / 500 kW) that are channeled to the all-wheel drive system, most likely via an automatic transmission.

Aznom will offer the Palladium in a limited number, although they have to divulge how many will be made. Pricing hasn’t been announced either, but we wouldn’t be surprised if it costs an arm, a leg and a small house.