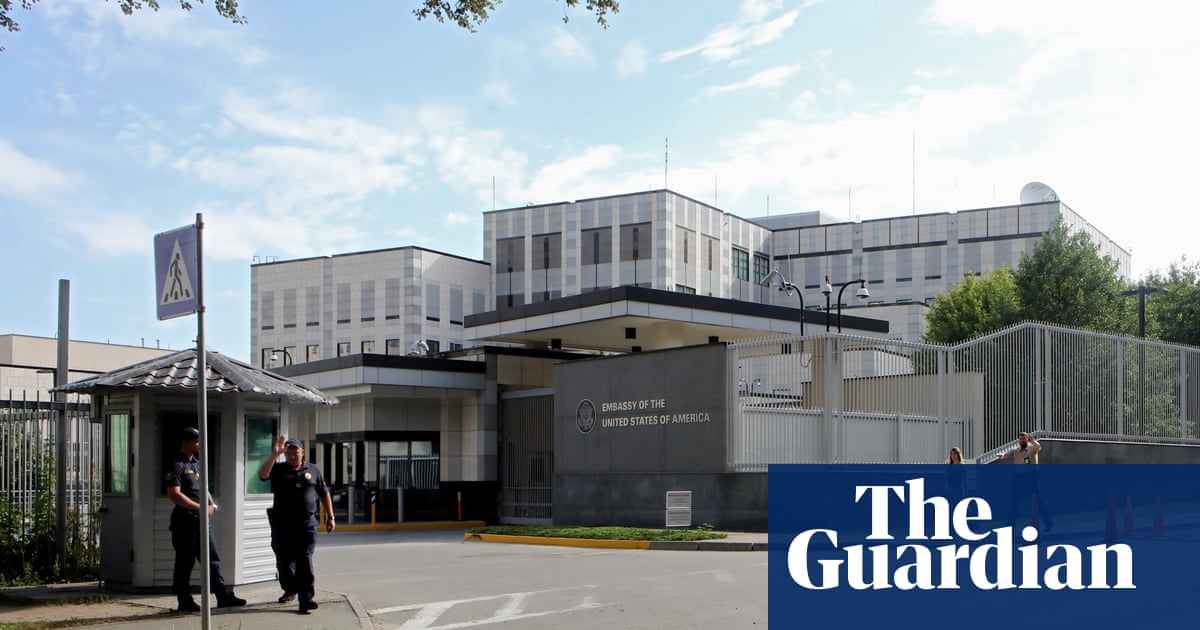 An American woman working for the US embassy in Kyiv has been killed in an apparent attack while she was jogging in the Ukrainian capital.

A police statement said the victim was found unconscious from a head injury by railway tracks near Kyiv’s Nyvky Park and in the same district as the US embassy. She died in hospital. The statement said the police were looking for a tall, dark-haired man in shorts, T-shirt and running shoes, aged about 30.

A police spokeswoman, Anna Zubreva, told the Kyiv Post that a forensic examination was under way to determine the cause of death.

“We are heartbroken to report the death of an American member of the US Embassy Kyiv community,” an embassy statement said. “Officials from US Embassy Kyiv are currently working with authorities to determine the circumstances of the death.”

According to one US source, the woman killed was the wife of a US foreign service officer, and had a non-diplomatic job in the embassy.

Kyiv is seen by American diplomats as a relatively safe place to be posted. There have been incidences of harassment and break-ins, the source said, usually attributed to Russian intelligence working in Ukraine, but no physical attacks in recent years.

To determine the cause of her death, the body was sent to a forensic medical examination center, the police spokeswoman told the Kyiv Post.

The Kyiv embassy has been the focus of a US political struggle over the past two years. Donald Trump’s efforts to put pressure on the Ukrainian government to produce embarrassing or incriminating material on his challenger for the presidency, Joe Biden, led to the president’s impeachment.

The former US ambassador to Kyiv, Marie Yovanovitch, who had refused to cooperate with the pressure campaign, was fired on Trump’s orders in May 2019, and became an important witness against him in the impeachment trial. Trump was acquitted by the Republican-run Senate in February this year.

Ukraine continues to be a source of intrigue in the US election as Republicans target Biden over the role of his son, Hunter, on the board of a Ukrainian energy company, using material supplied in part by a Ukrainian businessman identified by US authorities as a Russian intelligence asset.