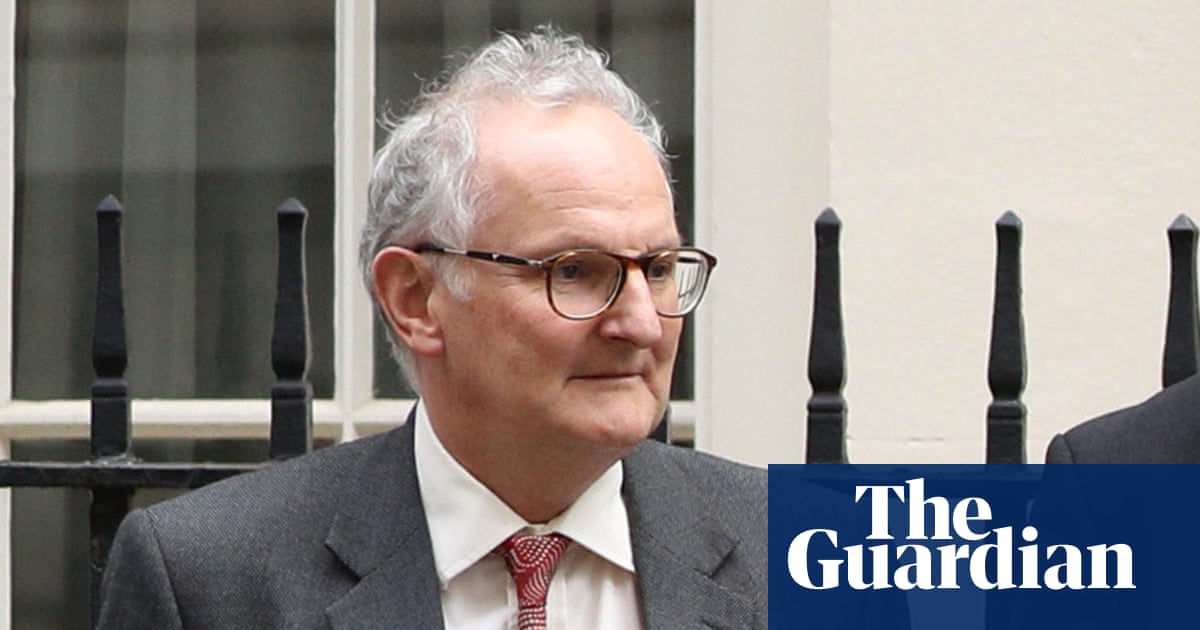 Whitehall has been “infantilised” by an “unacceptable” reliance on expensive management consultants, a government minister has claimed in a leaked letter.

Lord Agnew, the cabinet and Treasury minister, wrote to senior civil servants two weeks ago demanding they rein in spiralling costs paid to private firms and stop “depriving our brightest [public servants] of opportunities to work on some of the most challenging, fulfilling and crunchy issues”.

A close ally of the chancellor of the Duchy of Lancaster, Michael Gove, and a supporter of Brexit, Agnew also admits that spending on consultants has risen in part because the UK is leaving the EU.

Official data shows that, following the 2016 Brexit vote, government spending on consultancy firms increased rapidly to around £1bn, and to more than £1.5bn in 2017-18.

The letter has emerged amid concerns over the cost of hiring experts from the private sector to assist civil servants dealing with the challenges of coronavirus and Brexit. At the same time, Gove and Boris Johnson’s chief aide, Dominic Cummings, are seeking to push through reforms of the civil service after recruiting allies to key roles in the Cabinet Office.

Agnew’s letter cites a failure to develop the right skills among civil servants. “Four years after voting to leave the European Union it is unacceptable that the civil service still has not developed the capability to deliver this through our own civil servants,” he wrote.

“We are too reliant on consultants. Aside from providing poor value for money, this infantilises the civil service by depriving our brightest people of opportunities to work on some of the most challenging, fulfilling and crunchy issues.

“For example, we seem to be ineffectual at harnessing our fast streamers [new civil servants] to do work that is then outsourced to consultants using similar people at a vastly inflated cost. This is unacceptable.”

Saying he was “concerned about whether departments are using consultancy services in the most cost-effective, efficient and appropriate manner,” Agnew added that the government would review the current controls and limits on spending, “to provide ministers with confidence that departments are bearing down on unnecessary spend and instead look to build internal capability”.

Management consultants are typically brought in where it is thought specialist advice or expertise is needed, but there have been long-standing concerns over the extent of their use in the public sector.

Many senior civil servants or ministers work for consultancy firms at some stage in their career, so there are often strong personal links or relationships between staff on both sides. A National Audit Office (NAO) report in 2016 suggested consultants typically cost government departments twice as much as an equivalent permanent staff member.

Cabinet Office data reported by the NAO last year showed a significant drop in spending on consultants after the introduction of new controls in 2010, from almost £2bn in 2009-10 to £400m-£700m in each of the following six years.

However, it rose after the Brexit vote and exceeded £1.5bn in 2017-18. Data for subsequent years has yet to be published. The NAO report said six firms have been commissioned for the bulk of the Brexit work; Deloitte; PA Consulting; PricewaterhouseCoopers; EY; Bain & Company; and Boston Consulting Group.

Analysis by the data firm Tussell in 2019 found the Cabinet Office, Department for International Trade and the Home Office were the biggest spenders on Brexit-related work.

In his letter, sent on 15 September to departmental finance directors and chief operating officers, Agnew also highlighted major problems with the government’s data on consultancy spending, due to disparities in the figures on various HR and finance systems.

He wrote: “In spite of recent efforts to improve and align definitions, the data issues have not been resolved.”

Responding to Agnew’s letter, the head of the FDA union for senior civil servants said there was little point scolding Whitehall for carrying out the wishes of previous governments during the unprecedented challenges of Brexit and coronavirus.

Dave Penman said his members have witnessed a four-year period of dysfunctional political leadership under three prime ministers, each with different agendas.

“Consultant spending is one of many tools that will have been used to respond to the demands from ministers and can only be looked at in the context of the environment faced at that time.

“Ministers need to understand the challenges that have been placed on the civil service if they seriously want to make rational reform, rather than lecturing departments for taking the measures that were necessary to deliver a previous government’s priorities,” he said.

Agnew, who was appointed as a minister working across the Cabinet Office and Treasury in February after holding roles in the departments for Education and Justice, is one of a number of Gove allies brought in to reform the department and cut costs.

Lord Maude, who was in charge of the Cabinet Office under David Cameron’s premiership, is reviewing the department’s performance and relationship with the rest of Whitehall. Maude’s adviser Baroness Finn, Gove’s former adviser Henry de Zoete, and the former Labour MP and Brexiter Gisela Stuart became non-executive board members in May.