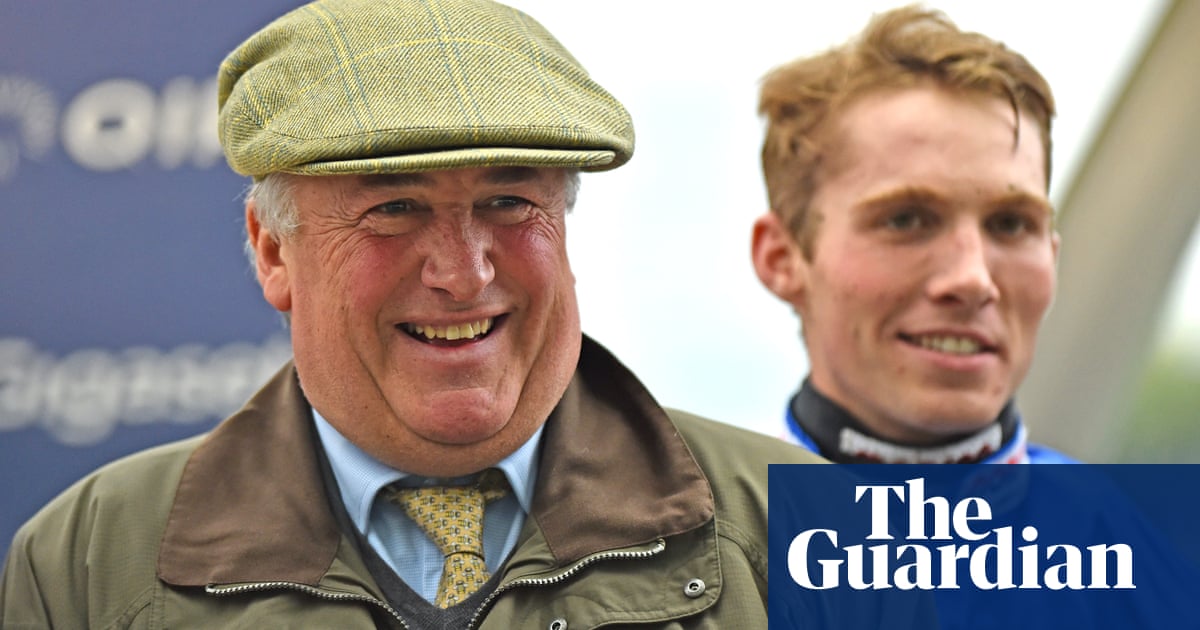 Amid all the Covid-related talk of racehorse owners cutting back and getting out of the game, Paul Nicholls’s stable is bucking the trend. New boxes having been added there this summer to house the many animals he has been sent.

“We’ve just built up a bit of extra capacity,” the 11-times champion jumps trainer told the Guardian during a pre-season tour of his Ditcheat stable, where the strength in depth of equine talent gives him an obvious chance of a 12th title. “We’ve got 150 in work and Will Biddick is doing some pre-training for us down the road at Alhampton. So some days we’re probably riding out 170 between us. We’ve got a lovely, lovely team of horses.”

Alongside his established stars, like Clan Des Obeaux and Cyrname, there are some high-profile newcomers in the yard this term, the result of Jared Sullivan moving his horses back from Ireland, where they were trained by Willie Mullins. Nicholls is delighted to have horses of the quality of Real Steel and Laurina joining him, along with Next Destination, another ex-Mullins star in different ownership.

There have been seasons when Nicholls has been short of firepower for some of the best races but that should be much less of an issue this time and he cheerfully contemplates having to make “a whole heap” of entries for the King George VI Chase on Boxing Day. “I’d like to think we can give Harry Cobden a real good shot at the jockeys’ championship too. Harry would love to have a go at that. I wouldn’t rule him out, it’ll be very open.”

Clan Des Obeaux will naturally seek a third consecutive King George win but Real Steel may go there with him and perhaps even Cyrname. Having famously beaten Altior at the start of last season, Cyrname could start off this time in Down Royal, testing his stamina for three miles in next month’s Ladbrokes Champion Chase.

Nicholls might also be sending runners to France in the coming weeks, as the delayed Grand Steeplechase de Paris is one possible target for Black Corton, while Compiègne stages a valuable chase in early November that could suit Frodon. Under French rules, it is believed that Bryony Frost would be allowed a weight allowance if she rode him there.

While Frodon and Black Corton, so reliable in their doughty efforts for Team Ditcheat over the years, get masses of affection from the stable staff, excitement is generated by some of the new arrivals. “Real Steel could be a King George horse,” the trainer says. “To me it looked like he didn’t get the Gold Cup trip last year. It looked like he was gonna win, at the second-last. He was tanking. It might be that he’s a two-five, three-mile horse.”

Next Destination was last seen winning a Grade One at the Punchestown Festival two years ago. “He’s obviously had a few issues,” Nicholls says of the eight-year-old, a novice chasing prospect. “He’s a bit of a challenge, like probably quite a lot of them are. I think he struck into himself when he won at Punchestown and then he had another niggly problem. I don’t think he’s actually broken down or anything like that. He’s in good shape at the moment.”

Laurina, who still has a huge fan club despite some disappointments, has been given a wind operation which Nicholls hopes will reduce or remove her propensity to bleed. With mares chases, graduation chases and a possible return to hurdles, she has an array of options. As with her stablemates, plans are by no means set in concrete but she could start off in the Christy 1965 Chase at Ascot in which Cyrname took on Altior last year. “She looks fantastic,” Nicholls says.

The fragile Topofthegame, who missed last season with a leg injury, is being aimed first at the Ladbrokes Trophy, the Hennessy as was, followed by the Gold Cup with probably one run in between. “It’s like all of them when they’ve had a year off, some don’t come back quite as good as they were. But he only had a minor problem, we stopped in time.”

Politologue, who “loves to be fresh”, may reappear in the Tingle Creek while Master Tommytucker could try to resume his hugely promising career at Newton Abbot next month. Pic D’Orhy leads a strong team of novice chasers, while Truckers Lodge has the Grand National as his long-term target.

In the meantime, Nicholls has been pleased that his staff remain as healthy as the horses. “A lot of it comes down to common sense. We said, if anyone feels poorly, don’t rush to come back to work. We’re all working out of doors and trying to be careful. No one’s been away on holidays.”