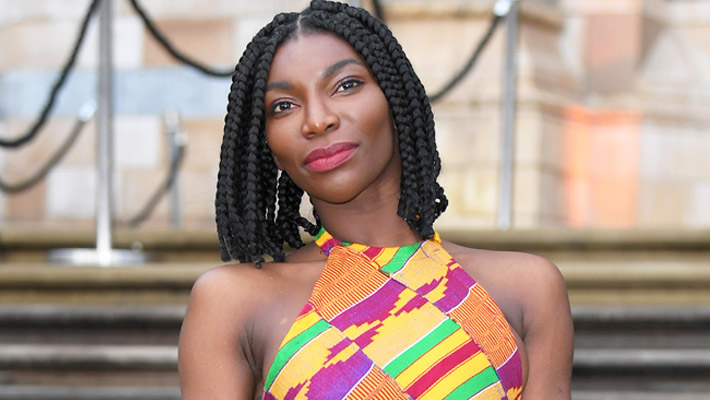 Michaela Coel (creator, writer, and star of HBO’s I May Destroy You) and Donald Glover (creator, writer, and star of FX’s Atlanta) had a conversation for GQ, and it was as expansive and insightful as you’d expect it the piece to be. Amid other topics of discussion, Glover revealed that he’s not necessarily done with Childish Gambino yet, and the two discussed their various brainchildren with Coel revealing that, as far as literal children go, she’s not incredibly attached to the idea but is freezing her eggs. The conversation included Donald raving about IMDY, but he hasn’t seen that finale yet, so a followup discussion might be necessary, public or otherwise.

In the meantime, the two discussed (among subjects as wide ranging as “WAP” and Elon Musk taking over our brains) the urge that many people have to obsess over social media approval. Michaela mentioned that time when she first revealed (a few years ago while giving a keynote address) that she turned a Netflix offer, and she actually didn’t follow up to see if people tweeted about it. Glover was all in on that vibe and referenced how Nina Simone probably wouldn’t dig Twitter:

“That’s awesome. Nina Simone did her thing and then she went home. She wasn’t on Twitter checking, “Do people like this sh*t?” I try really hard not to know what people are saying about me. That’s not to say that I’m impervious, because I definitely do check. It’s so easy to get caught in that loop. I feel like a lot of people I see are getting caught in the narrative of who they are. And I’m like, “Man, you’re not anybody. Stop!”

From there, Michaela likened Twitter to a “monster,” but she added that this is a highly relative term, as in “just like all monsters, you can see it either as this huge monstrous thing or this little baby that’s having teething problems.” She said that while writing IMDY, she had to get the heck off Twitter for awhile because it wasn’t contributing to the clarity of her narrative. Before this declaration, GQ quotes Donald as remarking, “Naming that bar Ego Death [in I May Destroy You]? I was like, ‘Yo, this sh*t is f*cking deep. This is a f*cking deep dive, man.’” Agreed. You can read the full feature here.

In closing, I’d like to mention that Michaela happened to tell us that she wouldn’t mind if her Arabella character popped up in Atlanta one day. And given that Atlanta‘s third and fourth seasons are apparently written and ready to film whenever it’s safe to do so, might we suggest a slight revision for an Arabella cameo? Surely, Glover can make it happen. Even if Arabella’s only walking by in that pink wig and telltale sweater or dancing to The Prodigy, it’d be an unforgettable crossover.