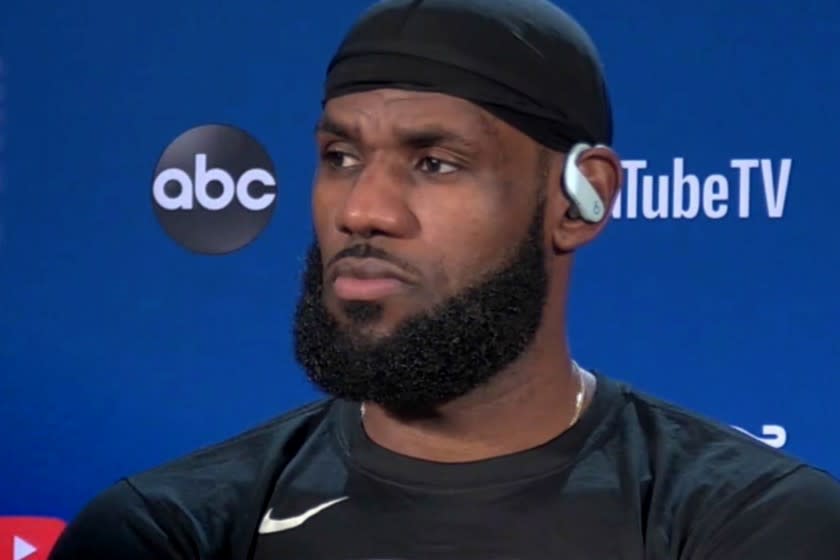 Why isn’t the Miami Heat’s Erik Spoelstra considered in the upper echelon of coaches?

In James’ view, players and other coaches know full well how good Spoelstra is as a coach.

“It’s been you guys that have changed the narrative or never given Spo his respect because he had D-Wade or he had myself or he had [Chris] Bosh,” James said, including a reference to all-star guard Dwyane Wade. “But a lot of coaches have talent. A lot of coaches have had talent over the course of this league. It’s not one.

James spent four seasons playing for Miami and Spoelstra, and although there were murmurs at first that he hoped Heat executive Pat Riley would take over, James has denied there was friction. Spoelstra remained the coach, and Miami went to four NBA Finals in their four seasons together and won two championships.

Now James is one of Spoelstra’s biggest champions.

“Spo likes it,” James said. “That’s what fuels Spo, is the disrespect that you guys give him, the basketball world. I’m not going to sit up here and act like I don’t know what Spo is all about, because he’s damned good, if not great. Probably … great because of his preparation. He prepares like it’s his last time ever coaching again, every game, and I know that.”