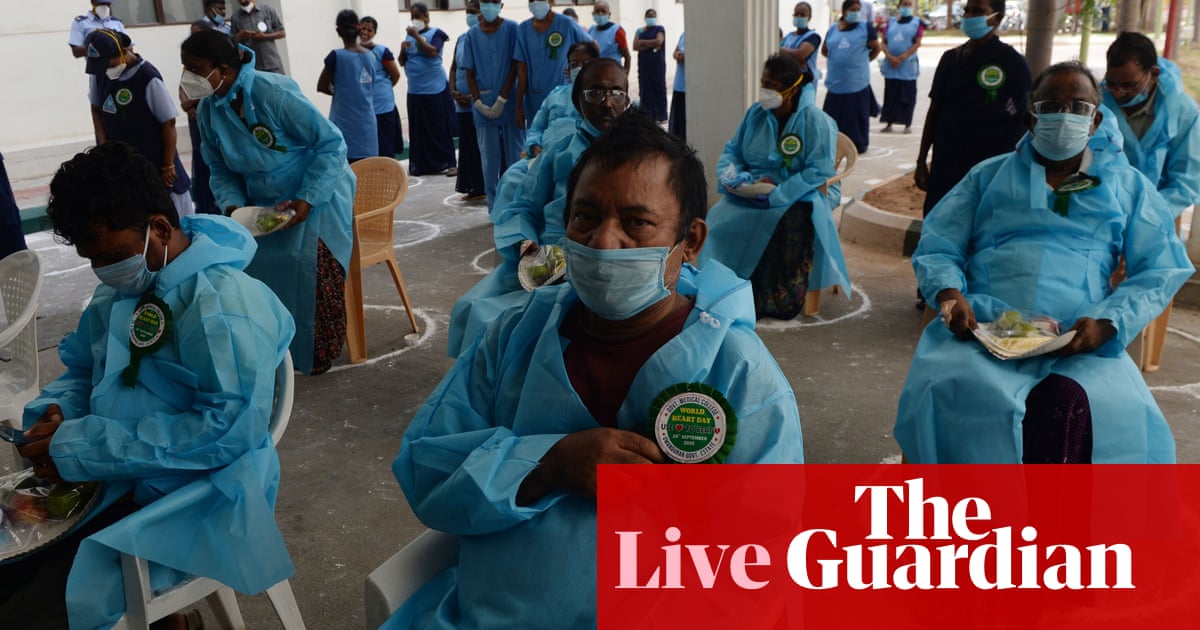 Hello and welcome to today’s live coverage of the coronavirus pandemic.

My name is Helen Sullivan and I’ll be bringing you the latest from the next few hours – we’ll include coronavirus-related parts of the US presidential debate, too.

As always, I’m also to be found on Twitter @helenrsullivan or email: helen.sullivan@theguardian.com.

More than 60 million people in India could have contracted Covid-19, the country’s lead pandemic agency said, citing a nationwide study measuring antibodies. The study found that the number of Indians to have had the disease may be 10 times higher than the official figure of 6.1 million.

Meanwhile the UK reported 7,143 new cases of Covid-19 on Tuesday, the highest single figure to date, and 71 deaths, the biggest toll since July, according to the government’s dashboard.