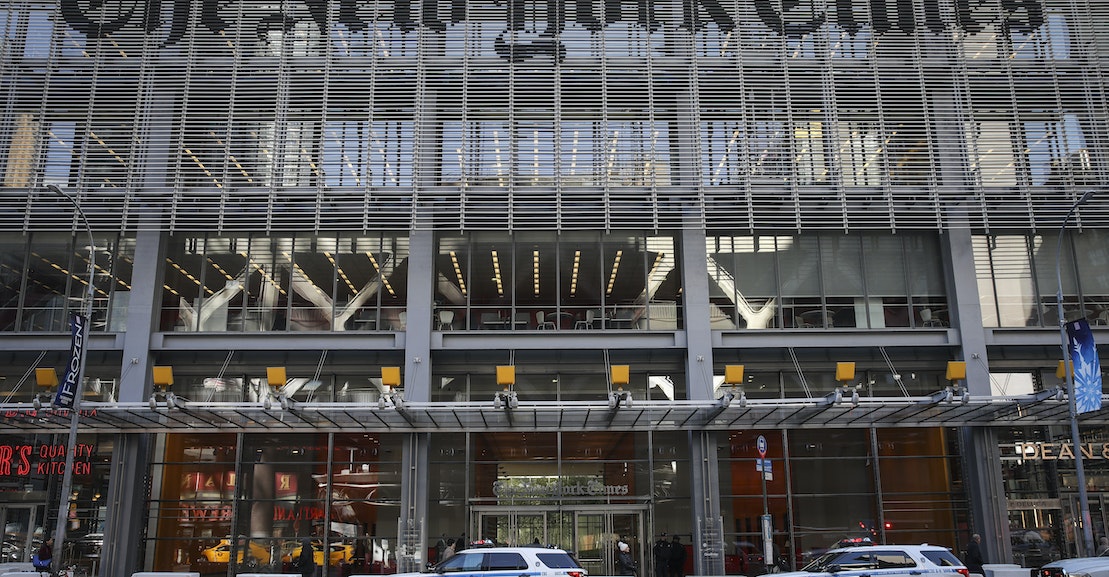 In Bret Stephens’s latest column for The New York Times, he asks the reader to believe two extraordinary things: that he has discovered a secret pool of voters who might hand a surprise win to Donald Trump in November and that he has done something resembling reporting.

Over the last four years, the Times and other media outlets have been harangued for going on yokel safaris. Reporters wander into a diner in West Virginia, collect quotes, and report back with patronizing chagrin that the people gnawing on corned beef hash still like the president. Stephens’s conservative colleague on the op-ed page, David Brooks, once said America was ruined because his friend didn’t know what soppressata was. Stephens has now elevated the game, spotlighting one anonymous New Yorker as the face of a “discreet base of support” for the president, one that has escaped the notice of pollsters and reporters alike. The result is a column that combines the worst of election punditry and the worst of opinion journalism.

“Chris” is a fiftysomething registered Democrat. She is a “well-educated, well-traveled, and well-informed” lesbian who works as the manager at a “store” in Manhattan, where she lives. She likes Bernie Sanders and has voted for politicians from both parties. It’s unclear how she and Stephens found one another. What is clear is that Stephens is delighted by her, showing her off the way a 19th century explorer would present an exotic species to an enthralled crowd.

She is presented as an independent, high-information voter who isn’t buying what the Democrats are selling. She’s the mythic swing voter—a voter who makes her choices not by tribal affiliation but by studying the issues. And as it happens, Stephens’s fierce independent sounds a lot like a conservative pundit when it comes to the issues, as if Marc Thiessen or Hugh Hewitt had decided to get into retail.

She is, for instance, perhaps the only person in New York who cares deeply about gas prices, citing their steep drop as proof of Trump’s financial acumen, alongside jumps in the stock market and her 401k. At the same time, she is deeply concerned by the cost of Obamacare—proof that Joe Biden lacks a businessman’s touch. “I was out of a job a few years ago. Obamacare priced me out [of private insurance],” she tells Stephens. “It was like, $560 a month. Then Obama’s website blew up. He can’t get the website right?” It turns out that swing voters are especially good at remembering Mitt Romney’s talking points from the 2012 election.