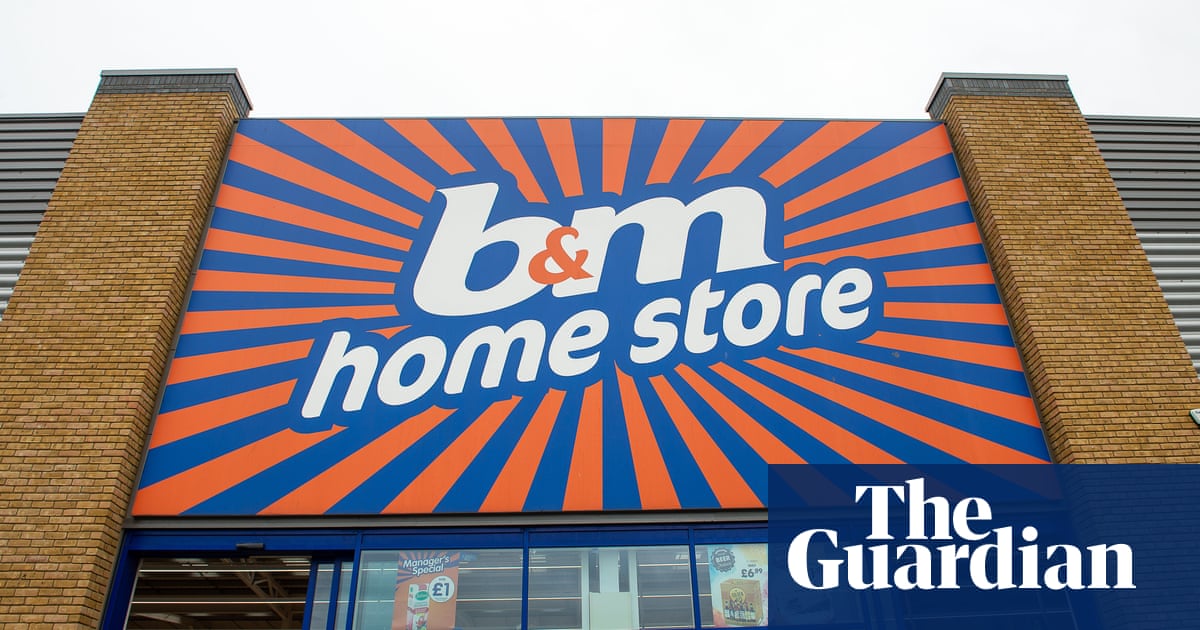 Discount retailer B&M has stepped up its expansion plans after its stores, selling everything from tinned and frozen food to wallpaper and bedding plants, became a lockdown sensation.

B&M said its UK sales increased by nearly 20% over the last three months despite the absence of a website. The retailer is benefiting from big shifts in spending as out-of-town retail parks win custom during the pandemic.

To capitalise on the success it now plans to open up to 45 stores between now and March. It had previously expected to open about 30.

B&M, which was promoted to the FTSE 100 this month, said the strong sales picture meant it now expects to bank underlying half-year profits of £285m. That compares with its previous forecast of between £250m and £270m and is the second time it has raised profit guidance this year.

Simon Arora, the B&M chief executive, said its business model was “proving well-attuned to the evolving needs of customers”.

Discounters such as B&M, along with its privately owned rivals Home Bargains, Wilko and Poundstretcher, have fared much better than many high street chains after they were allowed to remain open during the UK’s 12-week lockdown.

The no-frills chain has come a long away from its roots in Blackpool where it was founded by Malcolm Billington in 1976. The initials originally stood for Billington & Mayman, and later Bargain Madness. When it was acquired by the entrepreneurial Arora brothers in 2005 it only had about 20 stores and was making a loss. Today B&M has more than 600 stores in the UK and turns over more than £3bn.

The businessmen transformed B&M, which followed a formula similar to the now defunct Woolworths chain, by introducing homewares, toys, toiletries and even pet supplies and clothing. They sold a stake to private-equity investors before listing on the stock exchange in 2014. The budget retailer is still officially headquartered in Luxembourg.

B&M shares, which were changing hands for as little as 256p back in March, have doubled in value over the last six months. On Tuesday shares closed up 4% at a new high of 510p, giving the discount chain a market value of more than £5bn – more than twice that of Marks & Spencer.

Amy Higginbotham, a retail analyst at GlobalData, said that the UK lockdown had provided conditions for B&M to thrive. Its low prices appealed to shoppers during the current economic uncertainty while its large out-of-town stores “allow shoppers and staff to adhere to social-distancing guidelines,” she said.