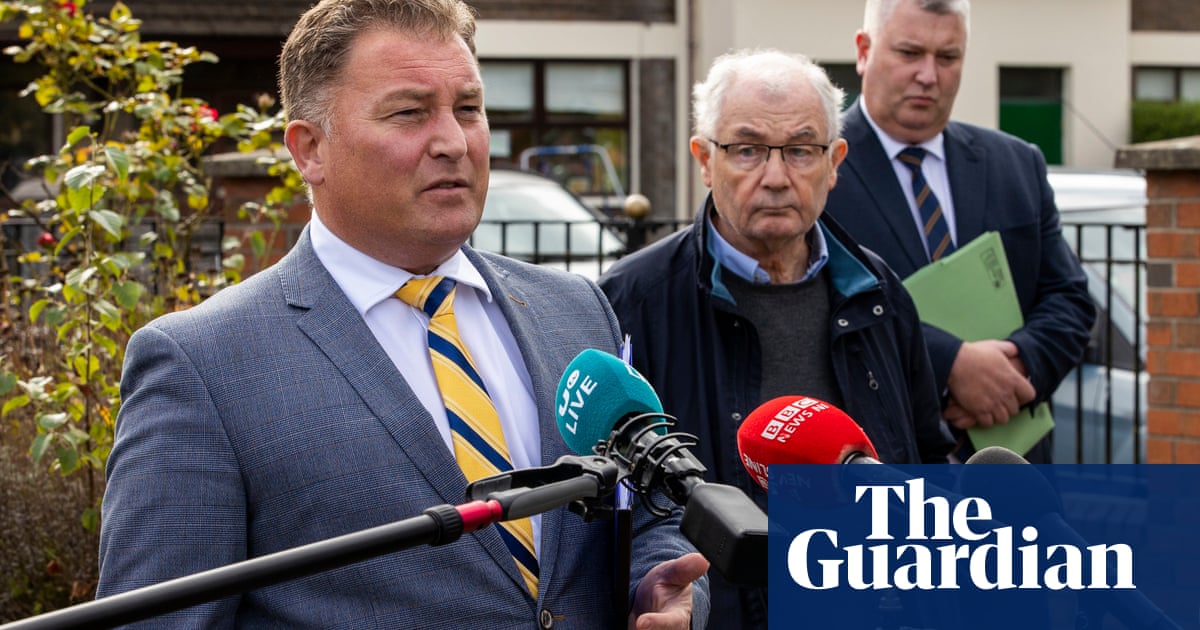 The families of those who died in the 1972 Bloody Sunday killings in Derry are to challenge a legal decision not to prosecute any more former soldiers in connection with the shootings.

Relatives expressed dismay after a review by the Northern Ireland Public Prosecution Service (PPS), published on Tuesday, confirmed that only one former member of the Parachute Regiment, known as Soldier F, should face charges.

Kate Nash, whose brother William was shot dead during the civil rights demonstration 48 years ago, said prosecutors should have considered whether up to 15 soldiers could have been charged under joint enterprise laws.

In March last year, after examining evidence from police inquiries after the Bloody Sunday Inquiry, the PPS announced that only one soldier would be charged. Relatives of the victims then exercised their right for a review of that process. On Tuesday, having carried out an internal reassessment, the PPS upheld the original decision.

Marianne O’Kane, a senior assistant director, said: “The available evidence is insufficient to provide a reasonable prospect of conviction of any of the 15 soldiers who were the subjects of the reviews. Accordingly, the decisions not to prosecute these 15 individuals all stand.

“I can only offer reassurance to all of the families and victims of Bloody Sunday, and the wider community, that my decisions were conducted wholly independently and impartially, and in accordance with the code for prosecutors.”

Soldier F is one of the 15 whose cases were reviewed. Kane said: “The prosecution that commenced against him in 2019, which relates to two charges of murder and five charges of attempted murder, continues.”

At a press conference in Derry afterwards, Ciarán Shiels, a solicitor, said: “The families are left with no alternative now but to consider judicial review proceedings in the high court in Belfast.”

A total of 26 unarmed civilians were shot, 14 of whom died, during the protest march against internment without trial.

Mickey McKinney, whose brother Willie was shot dead on Bloody Sunday, said: “This is part of a process which will hopefully get us a judicial review and hopefully we will get a result that more soldiers will be prosecuted.”

John Kelly, whose brother Michael was killed on 30 January 1972 when members of the Parachute Regiment opened fire on protesters, said: “It’s been a long road, up to nearly 50 years, we’re all getting old, a lot of people are dying but as long as we’re able to walk, we’ll go after them and we certainly will not stop until we see justice for our loved ones.”

Nash said: “The PPS have failed to consider the collective actions of the soldiers, and, instead, allowed each of them to act with impunity based on the fact they cannot be sure which one of the three fired the fatal shots. This is no excuse when all three acted as a joint enterprise in committing murder.”

Her solicitor, Darragh Mackin, said: “The concept of joint enterprise is a well-trodden path. Soldiers are not exempt from this legal principle and as such we have received formal instructions to challenge the decision by the PPS not to prosecute Soldiers J and P for the murder of our client’s brother in circumstances in which they acted in a joint enterprise.”

The local SDLP MP Colum Eastwood said the PPS decision would cause more pain for those who had endured already endured “unimaginable loss”. The Sinn Féin assembly member Martina Anderson condemned it as another “deeply disappointing day for the Bloody Sunday families”.

But the DUP MP Gregory Campbell told the BBC: “The issue now will be, is there now going to be a judicial review which is going to entail further cost – remember there’s already been almost £200m spent on the public inquiry, the most expensive in legal history in the UK.”