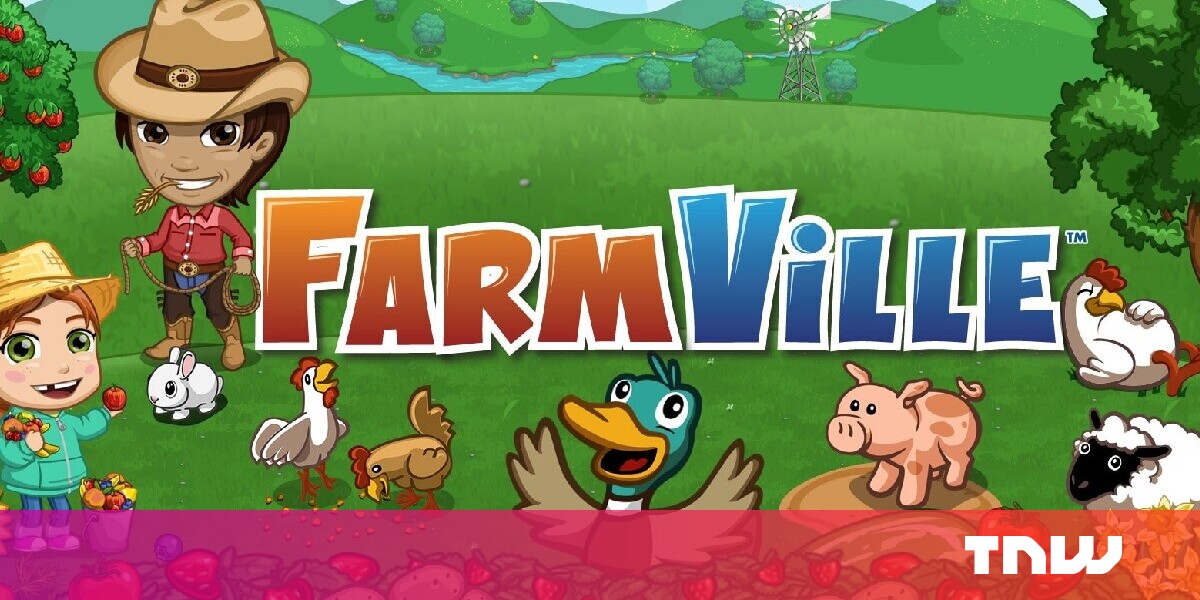 FarmVille, one of the first of Facebook‘s staple games, is shutting down after 11 years. While FarmVille was a contentious part of Facebook, it was nevertheless one of the platform’s earliest gaming successes. So this is the end of an era — whether a good or bad one is entirely dependent upon whether you played FarmVille back in the day.

The game is being put out to pasture (lol) because Facebook is ending its support of Flash-based games at the end of the year. According to creator Zynga, in-game purchases will be available until November 17, and it’s planning some in-game events “designed to make your remaining time with FarmVille even more enjoyable” which… wow, that sounds unexpectedly melancholic.

There was a time FarmVille was a staple of life on Facebook. Either you played it or you knew someone who did. The game would flood your news feed with FarmVille happenings, whether you wanted it to or not. FarmVille‘s popularity really cannot be overstated. At its peak, it accounted for as much as 10 percent of Facebook‘s revenue, with player counts surpassing 80 million a few months after its launch. It’s nowhere near as popular as it once was, having been supplanted years ago as the byword for “that one game your parents or kid cousins can’t stop playing” by the likes of Candy Crush or Fortnite respectively.

It was a game designed to get you hooked, and Zynga built a behemoth on ensnaring a new demographic of gamers who didn’t fully understand how addictive these types of games could be. An artifact of the era is this article from CNN, which describes the player base thus: “Ask your friends who fill your Facebook newsfeed with their “FarmVille” accomplishments, and you’ll find that most of them are embarrassed. They think the game is stupid and boring, but they just can’t stop playing.”

Naturally, Zynga is not leaving you bereft of options if you really want to get your hit of casual farming sim goodness. FarmVille: Country Escape and FarmVille 2: Tropic Escape are still around, and that’s just the games from the original FarmVille creators. According to its FAQ, Zynga is offering a bonus package to FarmVille players who move to Tropic Estate (which you can find here, FYI). It also soft-launched FarmVille 3 last year.

FarmVille will permanently shut down on December 31.