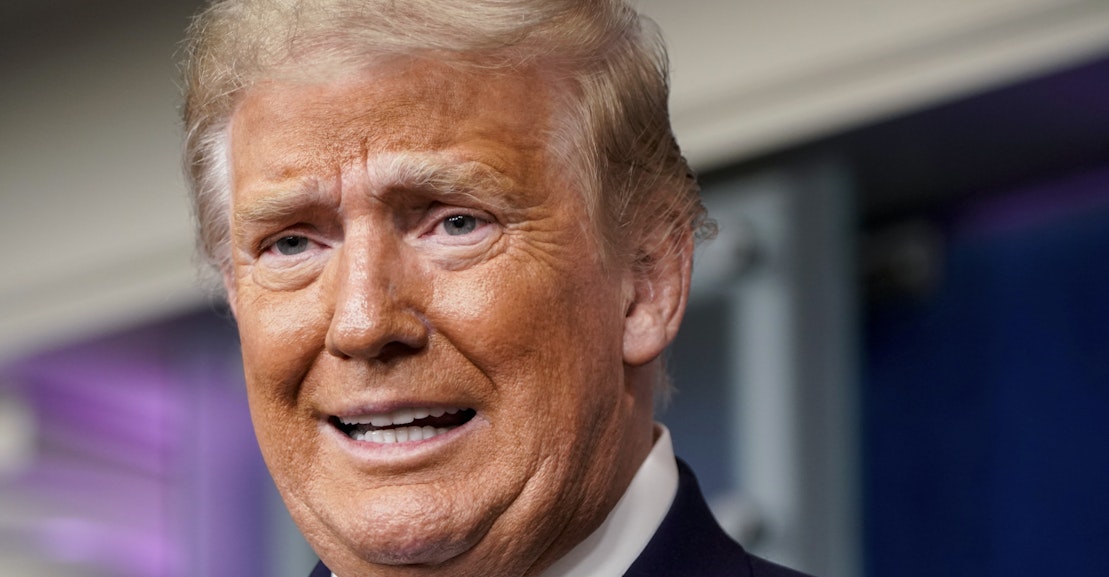 Much of the handwringing about the Times report has focused on its potential impact on Trump’s base and right-wing media. Fox News has covered the disclosures about Trump’s finances in predictable fashion, highlighting the president’s denials and attacks on the paper’s reporting. Trump’s allies in both the media and in Congress have also seized on another narrative, that the returns do not reveal the kinds of financial ties to Russia that many speculated would explain the president’s chummy relationship with Vladimir Putin—as if the president would declare an illegal foreign income stream on his tax returns.

Then there’s the base. Since Trump declared his candidacy more than five years ago, people have been searching for the revelation that will break the intense loyalty that tens of millions of people have for the president. So far, any number of damning stories that one would expect to affect conservative voters—Stormy Daniels, Trump’s denigration of soldiers who died in the line of duty, his manifest disdain for any kind of religious feeling—have failed to make a dent. And there is little reason to believe that the tax story will be thing to break the fever. In 2016, Trump dismissed questions about his failure to pay taxes by claiming that he would use his cheating expertise to un-rig the system. It would not be surprising to hear him make a similar case in Tuesday’s debate.

But there are many voters out there who are not loyal Democrats and do not belong to the president’s base. The con artistry revealed in the Times report is particularly effective in reaching these voters. Trump maintains a polling advantage over Joe Biden on the question of who voters believe would better handle the economy. Trump’s tax returns reveal a businessman adept only at losing hundreds of millions, if not billions, of dollars. He might literally be the worst businessman in America; as the Times notes, in some years, “Trump lost more money than nearly any other individual American taxpayer.” It got so bad, and Trump got so desperate, that he may have run for president just “to shore up his disastrous financial situation.”

One could argue, moreover, that stories about Trump’s fecklessness and incompetence have been effective. The president’s base may stick with him through thick and thin, but he remains historically unpopular. The desire for a silver bullet that ends the madness is understandable, but also unlikely in a hyper-partisan electorate. Instead, stories like the Times report serve as perpetual reminders of Trump’s many failings as a businessman, a president, and a person—a drip, drip, drip that will likely weigh on voters come November. The $750 number, in particular, underlines exactly what Trump is all about. It’s yet another instance of a notorious skinflint at work—no need to dish out four figures to the IRS.