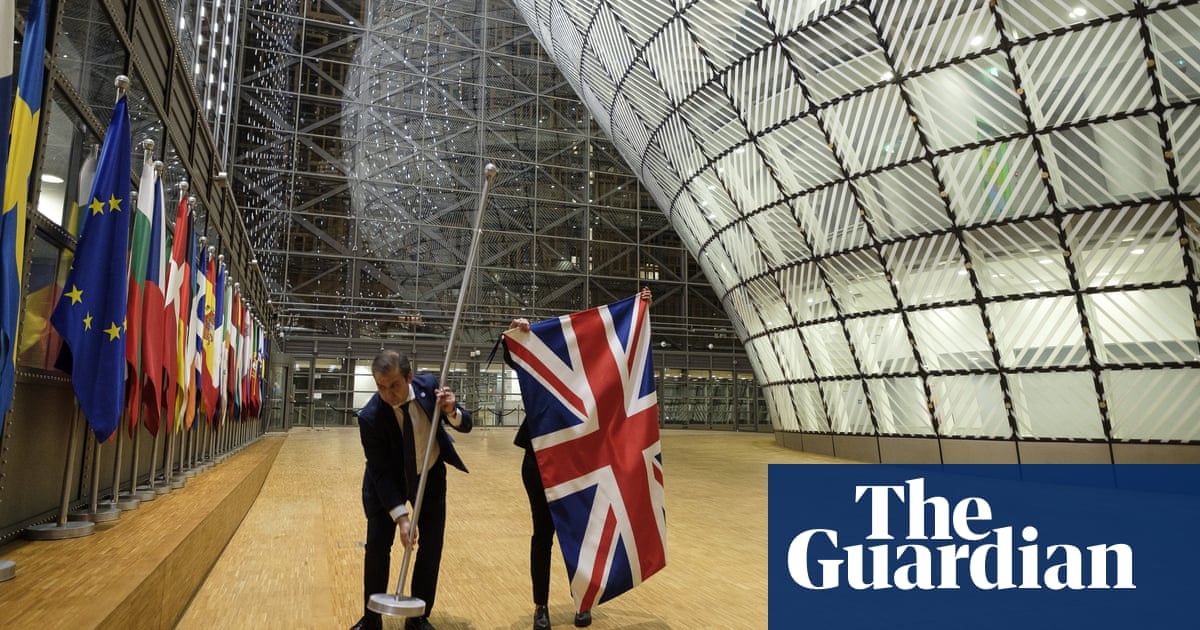 Belief that Britain is a force for good in the world has plunged in the last 18 months, a national poll has found, with under half of the UK now convinced of the country’s positive impact.

As negotiations on the UK’s future relationship enter a key week in Brussels and with the country set to leave the EU’s single market and customs union at the end of the year, a poll by Ipsos Mori suggests there is a lack of confidence in Britain’s global role.

Just under half of Britons (49%) believe that Britain is a force for good in the world, down 10 points from April 2019. While 41% of Britons say the UK should punch above its weight in world affairs, the proportion who believe Britain should stop pretending it is an important power is up five points from last year to 38%.

The public are still more likely to say that Britain should increase its influence around the world than reduce it – by 36% to 16%.

The polling was commissioned by the EU-UK forum, a new organisation established in Brussels in an attempt to promote a close relationship between Britain and the bloc in the coming years.

The negotiations over a trade and security deal are due to resume in Brussels on Tuesday, with UK officials talking up the prospects of agreement. EU sources are more cautious, warning that the compromises necessary are yet to be made.

Relations have been made more difficult following Boris Johnson’s decision to legislate to allow the UK to unilaterally rewrite the terms of the withdrawal agreement in what ministers have admitted is a breach of international law.

Such was the outrage over the government’s move that the Democrat contender for US president, Joe Biden, warned that he would block a UK-US trade deal if the British government put at risk the Good Friday agreement by breaking with the arrangements agreed on Northern Ireland in the withdrawal agreement.

Despite the row over the internal market bill, in which the threat to breach the agreement was made, optimism has grown in recent days that a deal on a future relationship can be struck.

A summit of EU leaders on 15 October is being seen by both sides as a crunch point by which time it will be clear whether common ground can be found on the outstanding issues.

The two sides have struggled to find a mutually acceptable solution to the level of access that European fleets will have to British fishing waters or how to maintain a “level playing field” for businesses in which neither side can unfairly lower production standards or prop up ailing companies through state aid subsidies.

But there is a growing belief in Westminster that the prime minister is not willing to face a no-deal exit from the transition period at a time when the country is struggling to deal with the coronavirus pandemic.

According to the Ipsos Mori poll, Europe remains Britain’s most important relationship in the world for four in 10 of the public, with double the number of people choosing the EU over either the Commonwealth or the US.

Four in five think maintaining a close relationship with the EU is important despite Brexit, although only 39% of people now think that is likely, down 13 points since April 2019.

Two in five (40%) believe the top priority for Britain’s relationship with the EU is striking a trade agreement, with one in five saying it is to prevent and detect crime and terrorism, coordinate responses to the Covid-19 pandemic, or deal with global migration.

Paul Adamson, chairman of the EU-UK forum, said: “The polling shows that the vast majority of people think it is important for the UK to keep a close relationship with the EU despite Brexit, and only a minority wants to see the UK stepping back from the global stage.

“Since Brexit is a process – not a final destination – the EU-UK Forum is being launched to facilitate and nurture constructive and informed dialogue between the UK and the EU.”