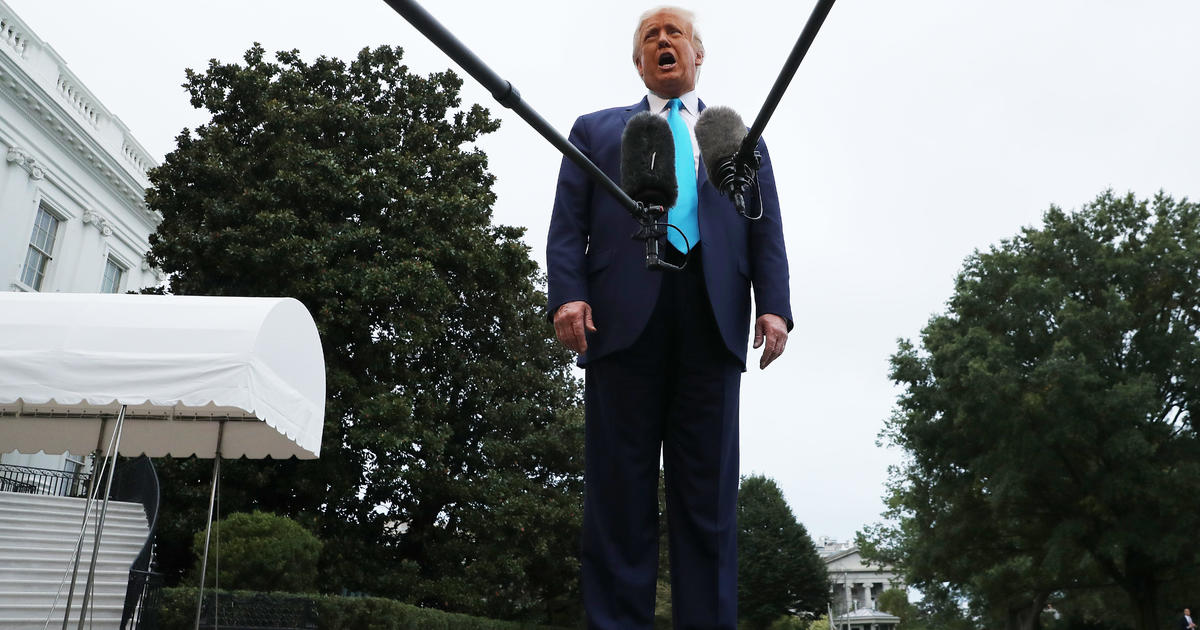 Washington — President Trump is holding a news conference at the White House on Sunday as the Senate prepares to begin the confirmation process for Judge Amy Coney Barrett, who Mr. Trump intends to nominate to the Supreme Court.

The president’s news conference comes a day after he announced Barrett as his pick to succeed the late Justice Ruth Bader Ginsburg on the nation’s highest court, setting into motion what is expected to be a swift but contentious confirmation battle.

Online stream: Live on CBSN-in the player above or on your mobile or streaming device

Mr. Trump’s selection of Barrett, a judge on the 7th U.S. Circuit Court of Appeals, has delighted Republicans. But Democrats are casting her nomination as illegitimate, as they believe the winner of the presidential election should select Ginsburg’s replacement.

Democrats argue they are applying the standard Republicans set in 2016, when the GOP-controlled Senate blocked the nomination of Judge Merrick Garland to the Supreme Court and said voters should have a voice in selecting the president who would fill the vacancy on the high court. Republicans, meanwhile, have defended moving forward with the confirmation process weeks before the election because the same party now controls the White House and the Senate.

If Barrett is confirmed to the Supreme Court, it would further solidify its conservative majority, expanding it to 6-3. With the high court set to hear oral arguments in a challenge to the Affordable Care Act on November 10, Democrats warn that if confirmed, Barrett would effectively help kill the health care law.

But Democrats have few procedural tools on hand to block Barrett’s nomination, and Senate Judiciary Committee Chairman Lindsey Graham, a Republican from South Carolina, has already laid out the schedule for the confirmation process. Barrett’s confirmation hearing is set to begin October 12 and last three to four days. Graham said he expects the committee to approve Barrett’s nomination to the Senate on October 22, setting up a vote on the Senate floor just days before the November 3 election.