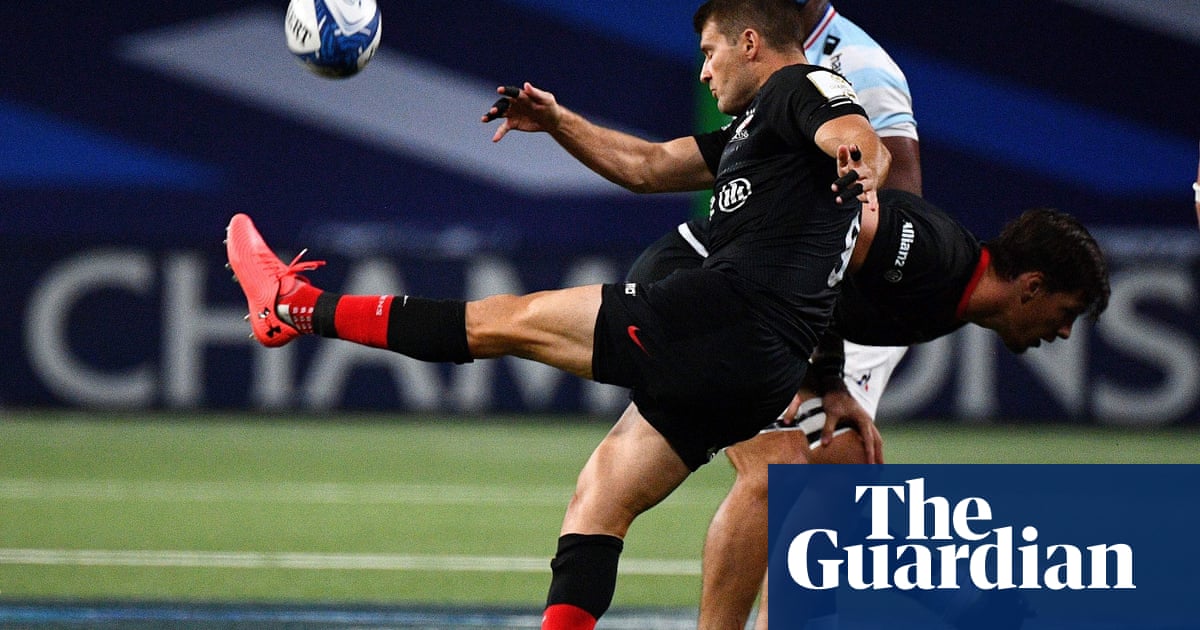 As Saracens made for the airport on Saturday night after losing to a late Racing 92 try in Paris, Exeter were booking their ticket to the Champions Cup final and a tilt at the league and European double that their Premiership rivals achieved last year.

It was like an abdication with Saracens bound for exile in the Championship, although a start date has not been finalised. They do not know when they will play again after their Premiership campaign ends on Sunday and will not be involved in the Champions Cup for at least two years while Exeter, the club who were most outspoken in their determination to see Sarries punished for breaches of the salary cap, will be ready for the coronation.

“It will be difficult,” said Richard Wigglesworth, the scrum‑half who is leaving Saracens after their home match against Bath on Sunday. “It was a desolate changing room after the match because of the way we lost: it would have been easier to take if we had been blown away. I was a bit of a mess afterwards because the club means a huge amount to me.

“When you spend so long somewhere and go through some ups and downs, the bonds are real. It hit me hard and I am sure it will be an emotional week and more so for Brad [Barritt, the club captain who is retiring]. He has been here 12 years and I have never seen a guy put his body through so much every week. The future for Saracens is bright because the academy has done it the right way. The young players know that if they piss about in the Championship they will not be here for the next 10 years.”

The Premiership forced relegation on Saracens when it became clear the club would not fall within the salary cap this season, having been docked 35 league points for a previous breach. With the pandemic injecting uncertainty, there is no plan in place should the Championship be abandoned this season because the part-time players in it have to comply with constantly changing restrictions, unlike elite professionals who are subject to regular testing and are not subject to quarantine when they go abroad and return. Would the Premiership increase to 13 clubs and become ring-fenced?

If the Championship does start in December or the beginning of January would the England players at Saracens, such as Owen Farrell, the Vunipola brothers and Maro Itoje, have to isolate if they played in a match before joining England or be subject to the quarantine rules countries such as Ireland have in place for incomers?

“It is the end of an era in many ways,” their director of rugby, Mark McCall, said. “We are going on a new journey in a couple of months and if we retain the characteristics we showed against Racing, I think we will be OK. No one is looking too far ahead after putting heart and soul into a game and then losing it at the death.”