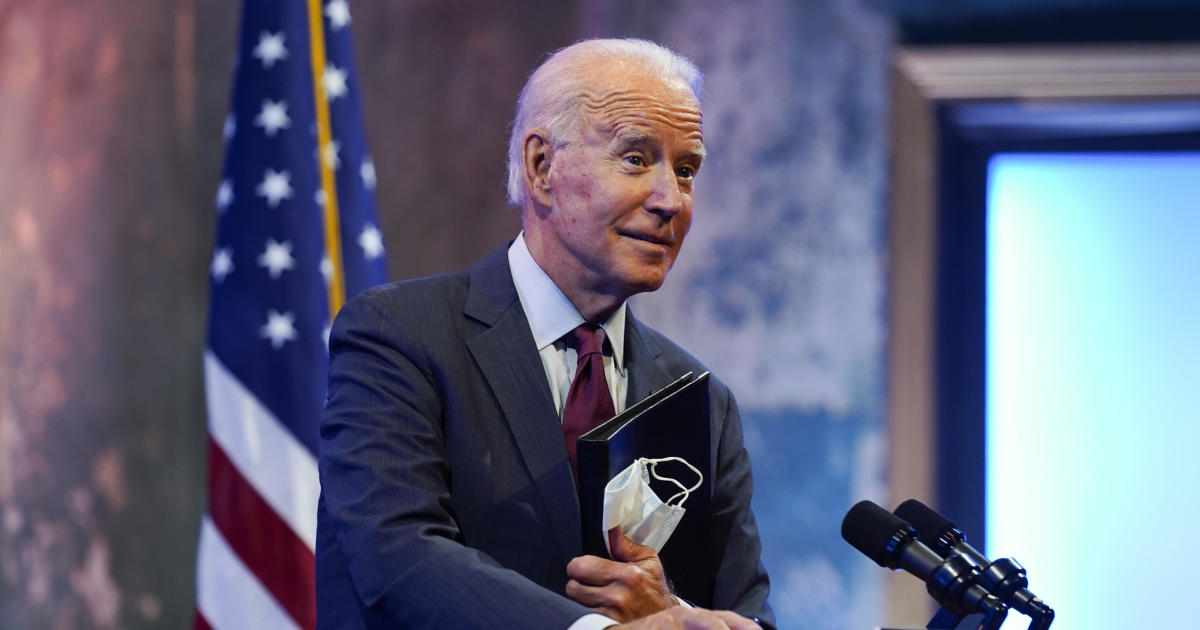 Democratic presidential nominee Joe Biden on Sunday called on the Senate to reject President Trump’s nomination of Judge Amy Coney Barrett to the Supreme Court, zeroing in on an upcoming challenge to the Affordable Care Act to accuse Republicans of trying to exploit a “loophole” to strike down the law.

“President Trump has been trying to throw out the Affordable Care Act for four years. The Republican Party has been trying to eliminate it for a decade. Twice already the Supreme Court has upheld the law. And the Congress, expressing the popular will of the American people, has rejected President Trump’s efforts as well,” Biden said in Delaware. “Now, all of a sudden this administration believes they’ve found a loophole in the tragedy of Justice [Ruth Bader] Ginsburg’s death.”

Mr. Trump nominated Barrett for the Supreme Court on Saturday, kicking off what is sure to be an intense, partisan confirmation battle in the Senate just weeks before November’s election.

“As I speak, we are still in the midst of the worst global health crisis in a century,” Biden said. “A crisis that’s already taken over 200,000 lives. And yet, the Trump administration is asking the Supreme Court right now to eliminate the entire Affordable Care Act.”

The Supreme Court is scheduled to hear arguments in a case challenging the Affordable Care Act one week after the election, giving Republicans an incentive to quickly approve Barrett’s nomination and install her on the high court.

The case was brought by Republican-led states challenging the constitutionality of the 2010 law’s individual mandate to purchase health insurance, arguing the entire law should be invalidated since Congress eliminated the penalty for not buying insurance in 2017. The Trump administration supports the GOP-led lawsuit, which would also eliminate protections for Americans with preexisting conditions if successful.

In a 2017 law article for Notre Dame Law School, where she was a professor for 15 years, Barrett was critical of Chief Justice John Roberts for his decision in 2012 to side with four liberal justices and uphold the constitutionality of the individual mandate. Roberts, Barrett wrote, “pushed the Affordable Care Act beyond its plausible meaning to save the statute.”

Barrett’s successful confirmation to the court would tip the court to the right, solidifying a 6-3 conservative majority among the justices. Other leading Democrats also focused on Barrett’s record on health care on Sunday, offering a preview of how the party plans to approach the high-profile confirmation hearings.

At his weekly press conference, Senate Minority Leader Chuck Schumer slammed Barrett’s past comments on the Affordable Care Act, saying that if Barrett is confirmed, it will be “virtually impossible to get insurance.”

Democratic Senator Chris of Coons of Delaware, a member of the Senate Judiciary Committee, also focused on Barrett’s previous comments on health care in an interview on “Face the Nation.”

“It’s amazing to me that Judge Barrett has publicly criticized the decision by Chief Justice Roberts that upheld the constitutionality of the ACA and that President Trump is making it clear a vote for Judge Barrett to be on the Supreme Court is a vote to repeal the ACA and take away health care protection from a majority of Americans during a pandemic,” Coons said.

Senate Judiciary Committee Chairman Lindsey Graham said Saturday that Barrett’s confirmation hearings will begin on October 12. Mr. Trump’s chief of staff, Mark Meadows, said on “Face the Nation” on Sunday that he expects the Senate to pursue a “pretty aggressive” timeline for her confirmation.