Boris Johnson is facing a massive parliamentary revolt over the way he is imposing Covid-19 restrictions on the British people without first consulting MPs – amid new signs that confidence in his leadership is collapsing in the Conservative party and across the country.

An extraordinary cross-party backlash against Johnson’s “rule by diktat” from Downing Street was taking shape on Saturday – ahead of a key vote on Wednesday – as a new poll by Opinium for the Observer showed Labour has overtaken the Tories for the first time since Keir Starmer became leader in April.

The survey, which will sow more doubts among Conservative MPs about Johnson and his teams in No 10 and the cabinet, puts Labour on 42%, three points ahead – a rise of three points in a fortnight – with Johnson’s party dropping to 39% (down three).

Starmer has also pulled well ahead when voters are asked who would make the best prime minister, with 36% choosing the Labour leader (up four points), and 32% preferring Johnson.

At the end of March, after the full lockdown was imposed, the Conservatives were powering ahead on 54%, 26 points clear of Labour.

But Johnson is now under intense pressure to beat yet another retreat, this time over how coronavirus rules are agreed and imposed, when, on Wednesday, ministers seek a six-month extension to special powers that allow them to act unilaterally over Covid-19.

In a sign of Tory unrest over both the extent of restrictions to counter a second wave of Covid-19 and the way parliament is being bypassed, the chair of the backbench 1922 committee, Graham Brady, is winning wider support for an amendment calling for MPs to be allowed to debate and vote upon any new measures before they are implemented.

Labour, the Scottish National party and the Liberal Democrats indicated they were seriously considering joining dozens of Tory rebels to back the Brady amendment and rein in Johnson and No 10.

For opposition parties to unite behind an amendment put down by a leading Tory backbencher would be highly unusual. But the revolt reflects mounting anger at the way Johnson and his chief adviser, Dominic Cummings, ignore parliament – a feeling that has festered since parliament was prorogued in order to get Johnson’s Brexit deal through the Commons last year.

If all the opposition parties support Brady, he would need 43 Tories to defeat the government. At the last count he had 46 on board.

It is believed Downing Street, which has ordered Tory whips to take soundings among MPs this weekend, is ready, initially, to order a partial climbdown by agreeing to bring forward a debate on the already introduced “rule of six” from early next month to this week. 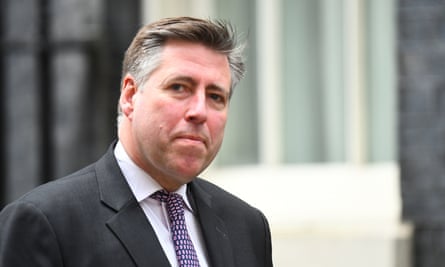 Graham Brady: ‘It is essential that the House of Commons should debate emergency measures before they come into force.’ Photograph: Victoria Jones/PA

But Brady made clear on Saturday evening that this would not be enough and that he will continue to demand debates and votes in parliament in advance of all emergency measures, such as those announced last week which included ordering pubs and restaurants to close at 10pm.

Brady told the Observer: “It is essential that the House of Commons should have the opportunity to debate and vote on emergency measures before they come into force.”

Another senior Tory, the former cabinet minister Damian Green, who is backing Brady, added: “The principle of parliament having a say on important decisions that affect the lives of everyone in the country is a hugely important one that we should hold to very tightly.”

The extent to which faith in Johnson is ebbing away is matched by growing admiration for the chancellor, Rishi Sunak, increasingly seen on the Tory backbenchers as more of a unifying figure for the post-Brexit era, and a potential successor to Johnson.

Sunak, who on Thursday announced measures aimed at saving jobs as a second Covid-19 wave gathers force, has been conducting charm offensives among backbenchers and newspaper editors in recent weeks. He will address the 1922 committee again next month, sources said.

Meanwhile it has emerged that senior Tory MPs on the powerful liaison committee have drawn up a draft letter to Johnson asking that he considers using the army more extensively in the fight against coronavirus – as concerns grow about shortages in testing capacity and manpower.

Tobias Ellwood, chair of the defence select committee, said: “It is paramount that what our armed forces bring to the table is better appreciated during these times of enduring crisis. The Ministry of Defence is the only department trained in strategic planning, crisis management and command and communications. These are the precise skills the government needs to tackle this pandemic. There is frustration both in parliament and the MoD that they are largely confined to barracks.”

The Opinium poll also found that Starmer has improved perceptions of the Labour party since becoming leader. Now 40% of voters, up from 36% in July, think the party is ready to form the next government, while 42%, down from 47%, think it is not.