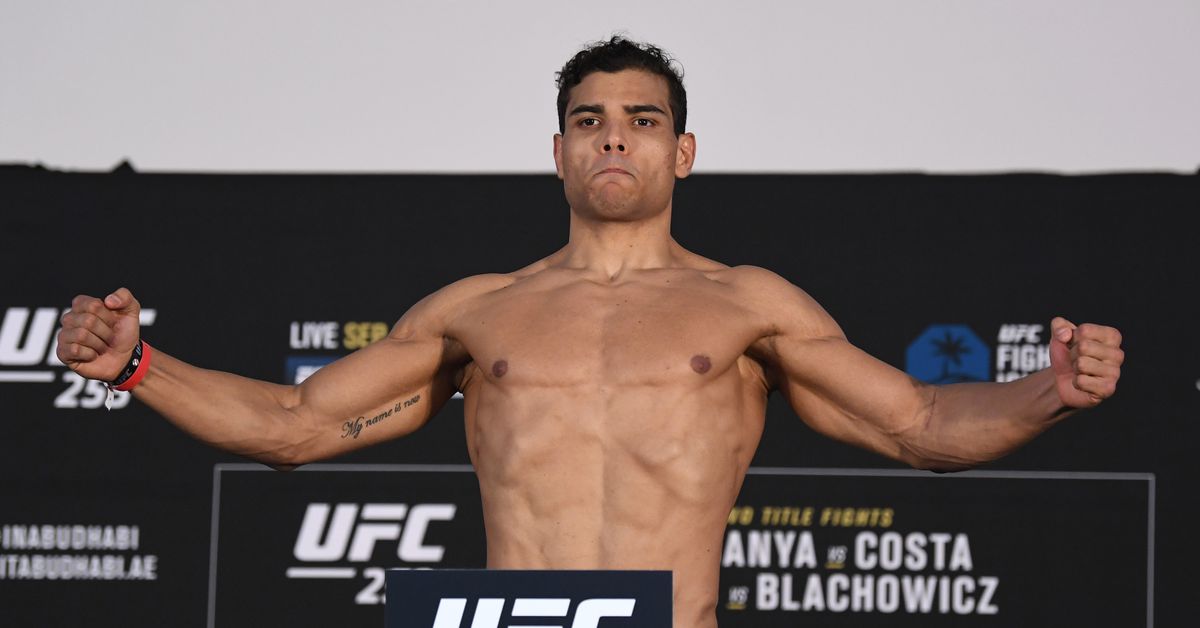 All four championship headliners hit the mark for UFC 253, but two featherweights weren’t so lucky.

Friday’s official weigh-ins were not without its hiccups. Featherweights Zubaira Tukhugov and Ludovit Klein both came in at 150 pounds, four pounds over the limit for their respective bouts with Hakeem Dawodu (145) and Shane Young (146). It is not yet known of these bouts will proceed at a catchweight, and if so, what percentage of their purses Tukhugov and Klein will forfeit to their opponents.

Klein is stepping in on less than one week’s notice as a replacement for Nate Landwehr, who was pulled from the card due to a positive COVID-19 test.