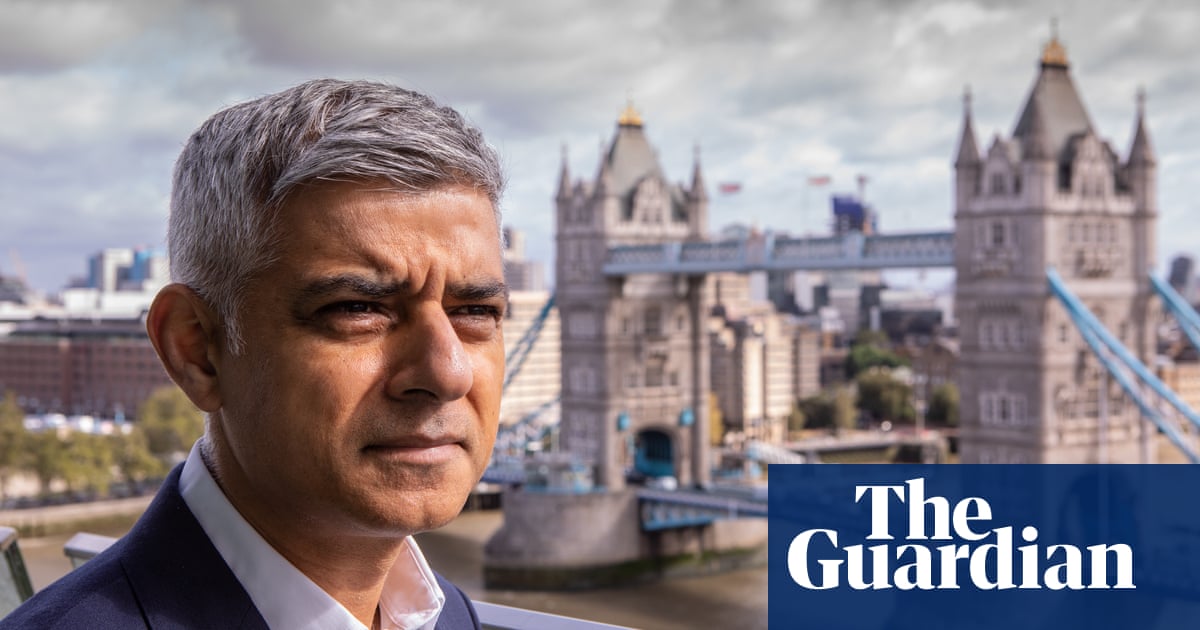 Household visits must soon be banned for London’s 9 million residents, Sadiq Khan has urged the prime minister, warning that a 43% fall in testing in the capital risks masking the severity of the virus’s spread.

The mayor of London spoke to the Guardian as the government announced the city had been placed on the “watchlist” of areas at risk from tougher restrictions. “It’s obviously bad news that London is an area of concern. But the good news is that finally the government will pull their finger out and give us additional support,” Khan said.

He said the number of Covid tests carried out each week in London had fallen 43% between mid-August and mid-September as other areas were prioritised, despite the period coinciding with schools, universities and offices starting to reopen.

“It beggars belief. We all knew that in September there would be a greater need for testing,” he said. “I’m really angry. It’s another example of lessons not being learned. You can explain the delay, incompetence in March. There’s no excuse now.”

Unconvinced by the testing figures, City Hall analysed other data including visits to GPs, calls to NHS 111 and hospital admissions, and came to the conclusion that London was not far behind other virus hotspots.

“When I spoke to the prime minister on Tuesday for the first time since May, he was surprised that I was saying there’s a problem in London, and that I was asking for additional measures,” Khan said.

They spoke after Boris Johnson had attended a Cobra meeting to sign off England-wide restrictions, including a 10pm closing time for pubs. He said he had lobbied Johnson to act rapidly by imposing tougher measures on London. “If you go too late, we will already be in a north-east, north-west, Birmingham-type situation. You’ve got to go early, particularly in the absence of testing,” he said.

Specifically, he said he demanded a ban on households mixing at home in London, as has already been imposed in Scotland, Wales and several regions in England. “One of the things that I said to the prime minister is: I think we should be following what’s happening around the country and stopping social mixing of households, and I say that with a heavy heart.”

On Friday Cardiff, Swansea and Leeds became the latest areas to face tougher rules, bringing the total number of people facing regional lockdowns to more than 15 million. The Office for National Statistics survey revealed that around one in every 500 people are thought to have the virus, up from one in 1,400 the week before. The R number for the UK rose to 1.2-1.5.

Khan was scathing about Johnson’s handling of coronavirus and his claim this week that the “freedom-loving” British public were more reluctant to obey the rules than their continental counterparts. “We saw Boris Johnson demonstrating two traits this week this week that many of us know him for: ignorance and arrogance,” he said.

He accused the prime minister of seeking to blame the public for the spread of the pandemic. “For us to be told that we’re somehow responsible I think is offensive,” Khan said. “You get the impression that the government likes using this phrase individual responsibility so they can point the finger at individuals who have caught the virus, as if we’re somehow culpable when, in fact, many of us are doing the right thing.”

He contrasted the “sombre and sobering” statement from the government’s scientific advisers on Monday with the relatively modest curbs announced a day later. “I just don’t think he’s understood what the scientific advisers are advising, or what others around the world are doing to try and control this virus. I think he’s got it wrong again with this announcement.”

With negotiations beginning on a fresh funding round for Transport for London, after a six-month package was agreed earlier this year, Khan accused the government of playing politics with the capital’s transport network by demanding tough constraints such as an end to free travel for under-18s.

“We lost more than 90% of our fares income during the crisis; even now we’re only operating at 35% for tubes, 55% for buses. So rather than the government supporting us financially during this difficult time, as they are with every other privatised train company, they’re attaching strings, they’re attaching conditions – which is punishing Londoners for doing the right thing,” he said.

Khan will seek re-election for a second term in May, at the same time as council elections across England.

In the week that Keir Starmer delivered his first party conference speech as leader virtually, alongside a new party political broadcast and a spate of other media appearances, Khan praised his longtime friend’s message that Labour is a patriotic party.

“I think Keir’s doing this because this is what he believes,” he said. “Just to reassure those of your readers who may be thinking, this is not Labour. This is Labour. This is core Labour. We’re patriotic people who want to change our country for the good – and win the big battles, rather than have arguments about things people don’t care about.”