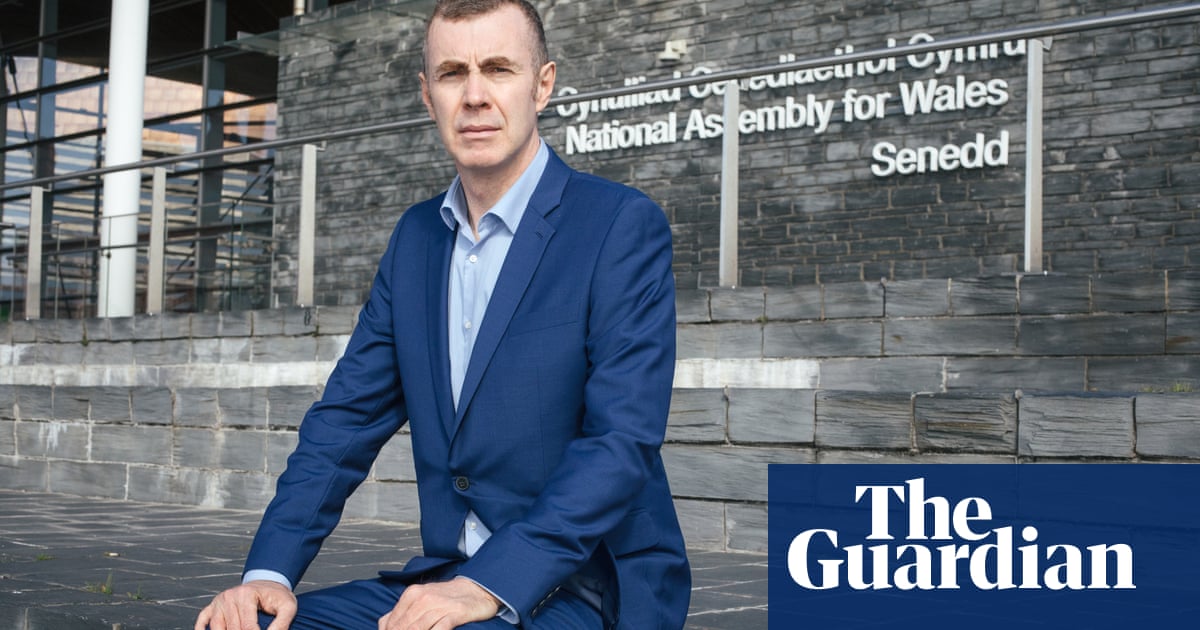 A “landmark” report setting out a possible roadmap towards independence in Wales has been launched by the nationalist party Plaid Cymru.

The report argues that only independence can bring a fundamental improvement to the Welsh economy, claiming the country struggles not because it is too small or poor but because it is “trapped” within an economy shaped in the interests of the City of London.

It says the views of Welsh people should be tested in an “initial exploratory referendum”, setting out constitutional options, followed by a second binary referendum that could lead to independence.

Plaid Cymru has been buoyed by polls suggesting that support in Wales for independence is on the up. The Labour-led Welsh government’s handling of the Covid crisis is also believed to have boosted the idea that Wales could go it alone and might be better off if ties were cut with the UK government.

The Plaid Cymru leader, Adam Price, who commissioned the report, said: “Something is happening in Wales. Support for independence is at the highest it has ever been. Our nation is on the march and people are waking up to the idea that independence is possible.”

The commission was chaired by another senior Plaid figure, the former MP Elfyn Llwyd, who argued that devolution meant Wales was on a “journey to independence”.

He said: “There are lessons to be learned from Ireland, formerly one of the most peripheral and poorest parts of the UK. It is now a confident, self-assured independent nation, one of the richest parts of these isles, with a seat at the United Nations.”

Though Wales voted in favour of Brexit, the commission claims that the “long-term destiny” of an independent Wales should be as a full member of the EU.

It makes it clear that the “cold turkey” of a break with the UK would be difficult financially. But it argues that nations with small populations such as Ireland, New Zealand and Denmark can prosper.

The report says: “As the Covid-19 crisis has shown, in terms of managing the spread of the virus these countries have done better than such scientific powerhouses as Britain and the United States.

“In this crisis, strong and consistent political leadership, and good on-the-ground public health systems, have been as important in managing the outbreak as world-leading epidemiologists, virologists, medical researchers, statisticians, and disease modellers. In other areas, too, small nations can be nimble, and can try different approaches.”

The report may turn out to be academic. Before Plaid Cymru can push ahead with moves towards independence, it must win power in Wales. The latest Welsh barometer poll suggested the party is on course for 15 seats at next year’s Senedd election behind Labour (25 seats) and the Tories (19).

The Welsh Liberal Democrats described the report as “a mix of fanatical politics and pie in the sky economics”.