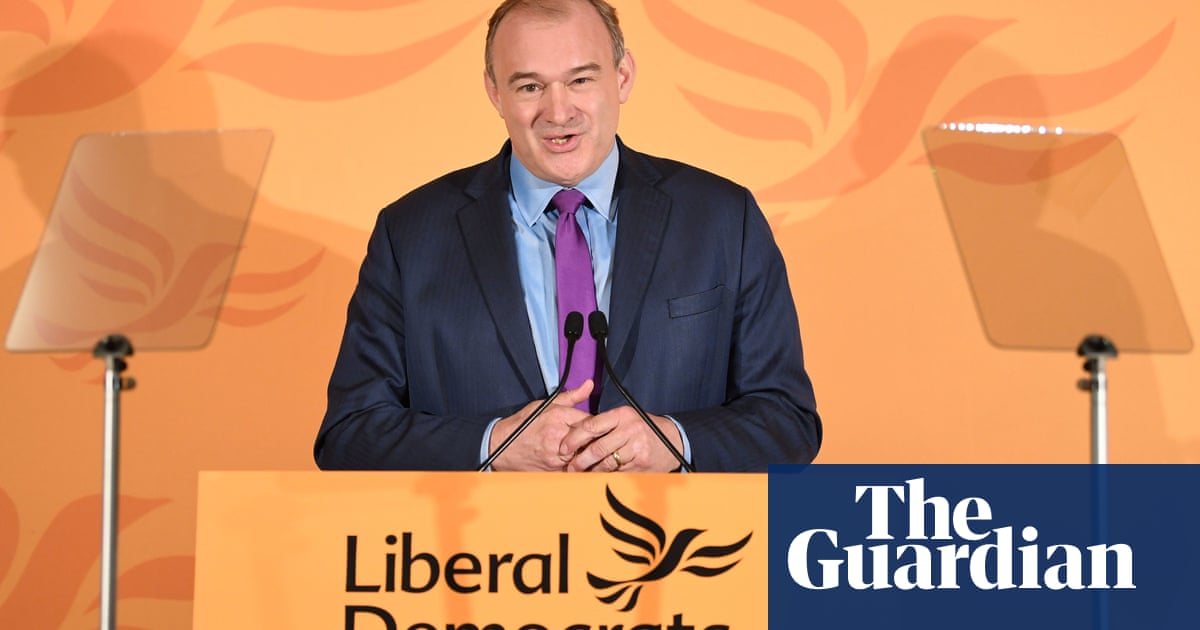 The Liberal Democrat conference begins on Friday – and like all such events this coronavirus-struck year, it is an online-only affair. There is plenty to discuss for a party currently bumping along at below 10% in the polls, and on to their third leader in little more than a year. These are some issues which are likely to be on the minds of members.

No kicks, coughs or slip-ups as party conferences go online

It was just a year ago that Jo Swinson pledged to unilaterally rescind Brexit if she became PM – a decision that helped contribute to what an internal party report later called “a high-speed car crash” election campaign.

This year, a front bench resolution bemoans the government approach to Brexit, but rather than explicitly calling for resumed European Union membership, says only that the party will “keep all options open”.

This is not sufficiently pro-EU for some, so expect vigorous debate and amendments seeking to toughen up the wording. One dissenter in the party said: “If we don’t talk about resuming EU membership, it could be lost altogether as an issue.”

While Ed Davey beat Layla Moran quite convincingly to become the party’s permanent leader in August (he had undertaken the job on an interim basis since Jo Swinson lost her parliamentary seat in December), the battle was sometimes fractious, with one Lib Dem source calling it “nasty”.

The differences between the pair were not insignificant, with Moran seeking to shift the party more to the left, shaking off associations with the 2010-15 coalition with the Conservatives in which Davey was energy secretary. Davey’s allies in turn said Moran’s approach would lose the Lib Dems votes from former Conservatives.

But as another senior member said: “We’re Lib Dems. We always fall out badly over things like this, but then make it up again quickly.”

The conference is not only virtual, it is being held amid the competing news cacophonies of coronavirus and Brexit, something which, as Labour found this week, means it is hard to make an impression on the news bulletins.

The Guardian view on the Liberal Democrats: a heavyweight leader | Editorial

This is particularly acute for the Lib Dems, who are trying to effectively relaunch their party, and with a leader who is simultaneously new to the job but has also been an MP for 23 years.

The hope is for Davey to be able to introduce himself to the nation, using his personal story as a long-time carer (to his mother when he was a child, and now to a disabled son) to present the party as standing up for carers.

But insiders accept it will be tough to break through. One said: “In fairness, probably the best we can hope for is 30 seconds of Ed on the six o’clock news.”

With their last-ditch bid to stop Brexit, and following a string of high-profile MP defections, the Lib Dems were awash with cash ahead of December’s election – in the second half of 2019 they brought in nearly £17m in donations, more than Labour.

But a calamitous result which saw predictions this time last year of 100-plus seats turn out to be just 11, many donors have fled, and the party must prepare for Scottish, Welsh, London and English local elections next May.

Some insiders say the lack of cash has left volunteers to take up the slack, with inevitable errors in areas such as vetting, after one potential London mayoral candidate was dropped over antisemitic comments.

One party figure said the outcome of the bet-the-mortgage approach to December’s election had caused lasting problems: “When you bring in big names like Chuka Umunna and Luciana Berger, spend loads of money, and you still can’t get them elected, it’s quite an ask to go back to donors and say, ‘Come on, we need you again.’”