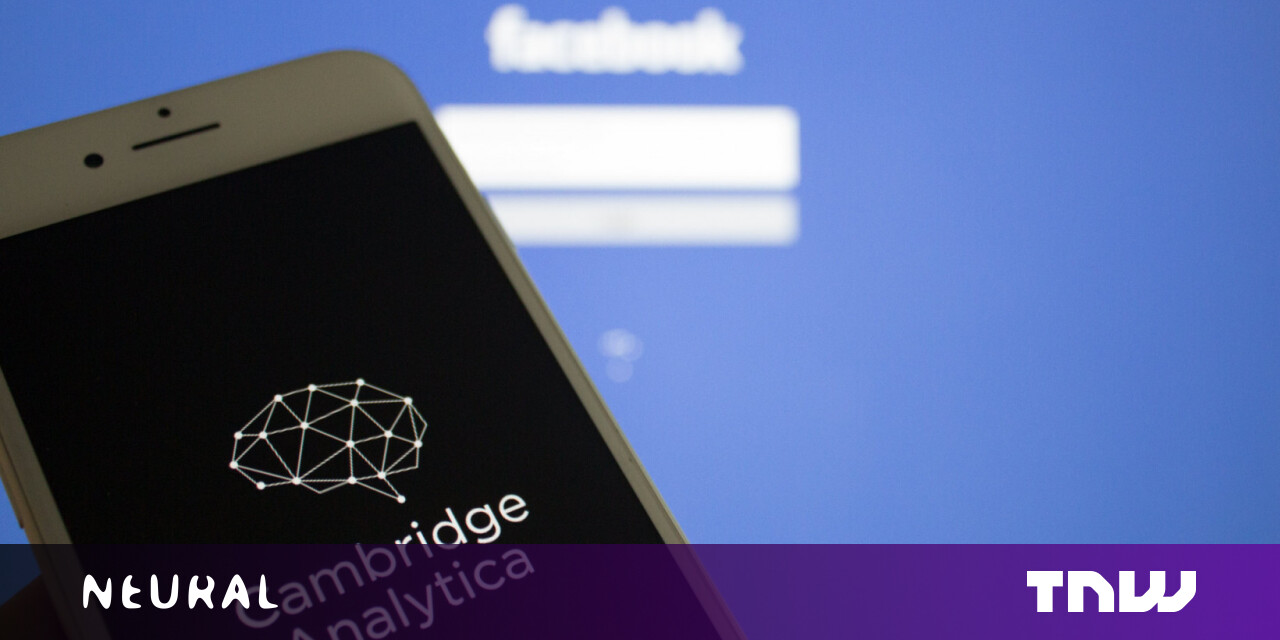 The disgraced former Cambridge Analytica CEO has been banned from running limited companies in the UK for seven years for letting staff offer unethical services.

Company directors should act with commercial probity and this means acting honestly and correctly. Alexander Nix’s actions did not meet the appropriate standard for a company director and his disqualification from managing limited companies for a significant amount of time is justified in the public interest.

Nix told Reuters he hadn’t admitted any wrongdoing nor been accused of breaking the law, but had accepted the disqualification to “avoid an unnecessary, lengthy and expensive court case”.

[Read: Are EVs too expensive? Here are 5 common myths, debunked]

SCL Elections and the five connected companies ceased trading in 2018 after the Cambridge Analytica scandal drove away their clients.

The political consultancy had harvested data from up to 87 million Facebook users, which was used to target US voters with personalized ads that helped Donald Trump‘s 2016 presidential campaign.

Nix was later caught on camera saying the firm could use sex workers, bribes, ex-spies, and fake IDs to assist election campaigns around the world.

“Send some girls around to the candidate’s house,” Nix said in one exchange, adding that Ukrainian women “are very beautiful, I find that works very well.”

The Insolvency Service didn’t reveal whether the companies had ever performed any of these services when announcing Nix’s ban, which comes into effect on October 5. We’ll be keeping an eye out for his next move.

So you’re interested in AI? Then join our online event, TNW2020, where you’ll hear how artificial intelligence is transforming industries and businesses.