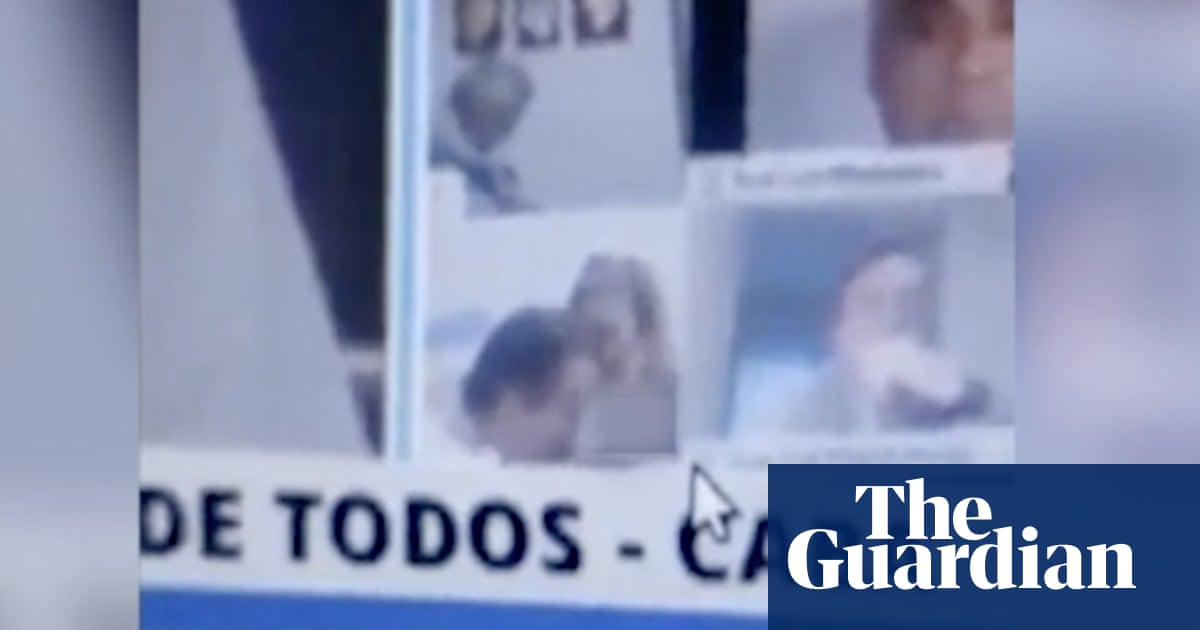 A legislator in Argentina’s lower house of congress has been forced to resign after he was seen kissing his girlfriend’s bare breasts during an online congressional debate.

The scandalous moment, during a debate about pension fund investments, was transmitted live on the lower house’s YouTube channel and on a giant screen set up in congress for online debates during the pandemic.

While some Argentinian legislators are attending sessions in person, many are logging on from home.

Juan Carlos Ameri claimed that he thought he was offline during the incident, but resigned on Thursday after he was called to order by the president of the lower house, Sergio Massa.

“I have a terrible [internet] connection at home,” Ameri said in a radio interview later.

Ameri said that his girlfriend, who had recent breast augmentation surgery, happened to enter the room while he thought he was offline and that he called her over.

“Let’s see how the implants look, I told her. Look, this one’s down more, this one’s down less, let’s look at the scars, and she was beside me and I kissed her tits, and that was all,” Ameri said.

Despite his claim that he thought he was offline, footage that promptly went viral shows the legislator looking directly into his computer’s camera before pulling down his partner’s blouse, all in full view of the other members of congress and online viewers.

The legislator, from President Alberto Fernández’s Peronist party, at first pleaded to be suspended from his seat, but eventually gave in to demands for his resignation.

“We cannot allow irresponsibility of this magnitude, so we will guarantee that all the rules are applied so that he is sanctioned in the appropriate way according to the seriousness of his acts,” said a statement released by the government’s bloc in the lower house shortly before Ameri’s resignation.

One member of the governing Peronist party, the Buenos Aires city council legislator María Rachid, defended Ameri in a tweet on Thursday saying that his behaviour was no worse that of legislators who play Candy Crush on their mobile phones while in session.